Close
Sippie Wallace
from Houston, TX
November 1, 1898 - November 1, 1986 (age 87)
Biography
A classic female blues singer from the '20s, Wallace kept performing and recording until her death. She was a major influence on a young Bonnie Raitt, who recorded several of Wallace's songs and performed live with her.

The daughter of a Baptist deacon, Sippie Wallace (born Beulah Thomas) was born and raised in Houston. As a child, she sang and played piano in church. Before she was in her teens, she began performing with her brother, pianist Hersal Thomas. By the time she was in her midteens, she had left Houston to pursue a musical career, singing in a number of tent shows and earning a dedicated fan base. In 1915, she moved to New Orleans with Hersal. Two years later, she married Matt Wallace.

In 1923, Sippie, Hersal, and their older brother George moved to Chicago, where Sippie became part of the city's jazz scene. By the end of the year, she had earned a contract with OKeh Records. Her first two songs for the label, Shorty George and Up the Country Blues, were hits, and Sippie soon became a star. Throughout the '20s, she produced a series of singles that were nearly all hits. Wallace's OKeh recordings featured a number of celebrated jazz musicians, including Louis Armstrong, Eddie Heywood, King Oliver, and Clarence Williams; both Hersal and George Thomas performed on Sippie's records as well, in addition to supporting her at concerts. Between 1923 and 1927, she recorded over 40 songs for OKeh. Many of the songs that were Wallace originals or co-written by Sippie and her brothers.

In 1926, Hersal Thomas died of food poisoning, but Sippie Wallace continued to perform and record. Within a few years, however, she stopped performing regularly. After her contract with OKeh was finished in the late '20s, she moved to Detroit in 1929. In the early '30s, Wallace stopped recording, only performing the occasional gig. In 1936, both George Thomas and her husband Matt died. Following their deaths, Sippie joined the Leland Baptist Church in Detroit, where she was an organist and vocalist; she stayed with the church for the next 40 years.

Between 1936 and 1966, Wallace was inactive on the blues scene -- she only performed a handful of concerts and cut a few records. In 1966, she was lured out of retirement by her friend Victoria Spivey, who convinced Sippie to join the thriving blues and folk festival circuit. Wallace not only joined the circuit, she began recording again. Her first new album was a collection of duets with Spivey, appropriately titled Sippie Wallace Victoria Spivey, which was recorded in 1966; the album wasn't released until 1970. Also in 1966, Wallace recorded Sippie Wallace Sings the Blues for Storyville, which featured support from musicians like Little Brother Montgomery and Roosevelt Sykes. The album was quite popular, as were Sippie's festival performances.

In 1970, Sippie Wallace suffered a stroke, but she was able to continue recording and performing, although not as frequently as she had before. In 1982, Bonnie Raitt -- who had long claimed Sippie as a major influence -- helped Wallace land a contract with Atlantic Records. Raitt produced the resulting album, Sippie, which was released in 1983. Sippie won the W.C. Handy Award for best blues album of the year and was nominated for a Grammy. The album turned out to be Sippie Wallace's last recording -- she died in 1986, when she was 88 years old. ~ Cub Koda, Rovi 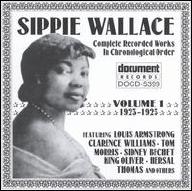 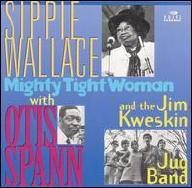 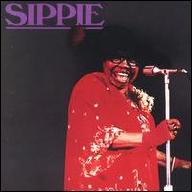 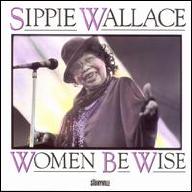 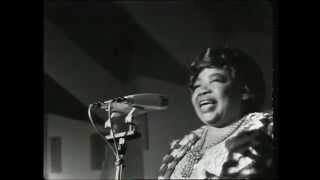 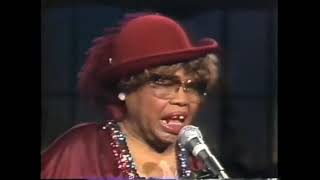 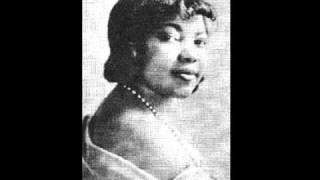 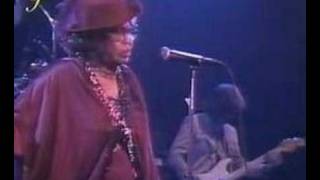 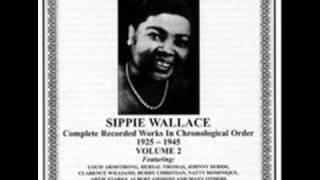 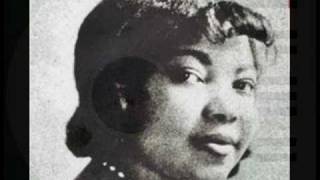 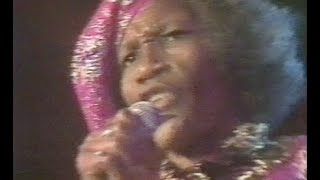