Close
Jackie Lomax
from Liverpool, England
May 10, 1944 - September 15, 2013 (age 69)
Biography
Jackie Lomax should have been one of Liverpool's homegrown rock & roll stars -- that's what the Beatles believed, and George Harrison and Paul McCartney both thought enough of his talent to back him variously as producers and record company executives at a critical juncture in all of their careers. By rights, based on his talent, he ought to have been at least as well-known and successful as, say, Long John Baldry, yet somehow the necessary breaks eluded him. Born in Liverpool in 1944, Lomax came of age amid the rock & roll explosion in England, and started out in music playing rhythm guitar with Dee the Dynamites, a group from Wallasey, in 1961. Late that year, the Dynamites' drummer, Warren Bugs Pemberton -- a good friend of Lomax's -- jumped to a rival Wallasey band called the Undertakers; Lomax soon learned of a new opening when that band's bassist, Mushy Cooper, exited to join Faron's Flamingos. Lomax joined the Undertakers on bass (an instrument he was wholly new to) and vocals, and took over as lead singer when their previous frontman, Jimmy McManus, quit under acrimonious circumstances to join the Renegades.

Lomax's arrival in the lineup and stepping up to center stage energized the band. The Undertakers themselves had a long history, descendent as they were from Bob Evans and the Five Shillings (reputed to be the very first rock & roll band in Liverpool) and the Vegas Five. By 1962, they'd developed a powerful sound and a great presentation, aided by their unique (for the time) all-Gibson guitar complement, and a high-powered sound system -- according to Undertakers saxman Brian Jones, theirs was the first in Liverpool to put out 100 watts. Alongside the Big Three and the Beatles, the Undertakers occupied the front rank of Liverpool bands -- their own sound was strong enough, but they were also good enough to back Merseyside soul belter Beryl Marsden and the all-black Liverpool vocal group the Chants; both the Undertakers and the Beatles worked behind the latter band, and it was through those alternate gigs, as well as crisscrossing each other's paths on the Liverpool and Hamburg scenes, that the two groups got to know each other.

Lomax emerged as the group's star, although there was never an issue as to prominence. They were beyond reproach on-stage, but their history as a recording act was a study in frustration. They cut an abortive series of singles for the Pye label, shortened their name to the Takers in an effort to modernize their image, and then pulled up stakes for America. In 1964 and early 1965, the United States was the promised land for any band from England, or so it seemed, but the band found itself stuck in New York without work permits, recording under a variety of pseudonyms (for budget-LP releases), and living out of their manager's Midtown studio. The group split up soon after, and Lomax and Pemberton soon after began working with an R&B band that evolved into the quartet Lomax Alliance. It was in that capacity that Lomax got another shot at stardom when they were signed by Brian Epstein, the Beatles' manager, in early 1967 -- he was able to get them a recording contract with British CBS, and a brief liaison with the label led to a brace of tracks produced by John Simon (then best known for his work with the Epstein-managed group the Cyrkle). The quartet only ever got out one single, "Try as You May," in May of 1967, but Epstein's death late in August of that year ended whatever interest the label had in the group, and the Lomax Alliance faltered before the fall of that year. A Jackie Lomax single produced by Robert Stigwood, "Genuine Imitation Life" b/w "One Minute Woman" -- the latter authored by the recently arrived Bee Gees and used on their debut LP that same year, thus making it one of the earliest covers of a Gibb brothers song, predating Billy Fury's version by several months -- did get recorded in 1967, and released in October, but to no avail or chart action.

As 1968 opened, however, opportunity beckoned for Lomax once more, with the founding of Apple Records by the Beatles. George Harrison remembered the singer well from the other end of the decade in Liverpool, and in March of that year, the Beatles guitarist recorded Lomax on a pair of songs, "Little Yellow Pills" and "Won't You Come Back." He was happy enough with the session to have Lomax back to record a song he'd written specifically for him in India, called "Sour Milk Sea," in what amounted to a busted Beatles session featuring Harrison and Lomax on rhythm guitars, Eric Clapton on lead, Paul McCartney on bass, Ringo Starr at the drum kit, and Nicky Hopkins on piano. Backed with Lomax's "The Eagle Laughs at You," the song came out in August of 1968. Buoyed by positive reviews and an enthusiastic response on the radio, it seemed to herald great things for Lomax, so much so that Harrison recorded three additional songs with him in London during August and September, and six more songs in Los Angeles in October, this time availing themselves of Hal Blaine, Larry Knechtel, and Joe Osborn as session musicians. The result was the Jackie Lomax LP Is This What You Want?, issued in March of 1969 -- the latter never charted but, thanks to the single, good word of mouth, and the presence of an all-star lineup, it did sell gradually and steadily. In March of 1969, Paul McCartney took over producing Lomax on a cover of the Coasters' song "Thumbin' a Ride" and a Lomax original, "Going Back to Liverpool." And in April of 1969, Lomax produced himself on his own "New Day," which became the A-side of "Thumbin' a Ride." All of these records attracted attention but none charted, and following one last Harrison-produced single, "How the Web Was Woven," in October of 1969, Lomax's history with Apple came to an end.

The singer was lucky enough to escape the implosion of Apple Records that took place following the breakup of the Beatles. By then, he'd moved through stints in the bands Heavy Jelly and Balls and returned to the United States. He signed with Warner Bros. for two LPs in the early '70s, but neither the self-produced Home Is in My Head nor Three -- produced by John Simon and featuring Rick Danko and Levon Helm of the Band -- was commercially successful. For a time, he joined the Yes offshoot group Badger, founded by Tony Kaye, and his presence transformed the band from a progressive outfit into an R&B-based group, but after one album, the 1974 Allen Toussaint-produced White Lady (which featured guitarist Jeff Beck as soloist on the title track), he left the lineup. Lomax returned to America and signed another recording contract, this time with Capitol Records, and with surprisingly strong results. Livin' for Lovin' (1976) was a good white soul release that failed to chart, and his second Capitol LP, Did You Ever Have That Feeling?, wasn't even released in America. Ironically enough, the latter was the best of his '70s albums and seemed to fulfill all of the promise offered by his talent.

Lomax later settled in Los Angeles, but left the music business at the end of the 1970s and wasn't heard from much in the 1980s, apart from some stints playing guitar locally. An Undertakers CD, assembling virtually their complete output, served as a reminder of Lomax's early reputation, and in 1991, the public got a second chance to hear his Apple Records output with the re-release of Is This What You Want? on CD. By the start of the new century, EMI-Toshiba had released CD reissues of his two Capitol albums. In 2001, he re-emerged with his first solo album in 24 years, The Ballad of Liverpool Slim. And in 2010, RPM Retrodisc released the two-disc compilation Lost Soul: Lomax Alliance Solo Singles Demos 1966-1967, featuring Lomax Alliance and solo Jackie Lomax tracks from 1966-1967 as well as the aforementioned 1974 Badger album White Lady. Lomax died from cancer at age 69 in September 2013 on England's Wirral Peninsula between Liverpool and the border with Wales; he had been living in California, but was reportedly visiting England to attend the wedding of one of his children. ~ Bruce Eder, Rovi 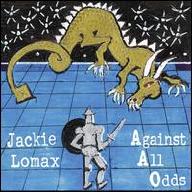 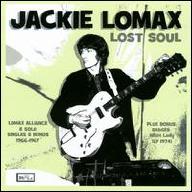 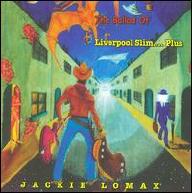 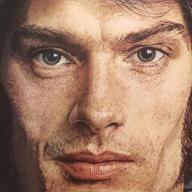 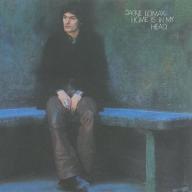 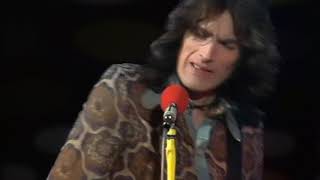 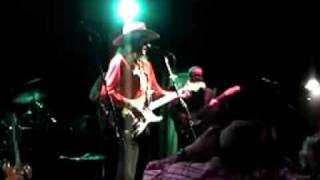 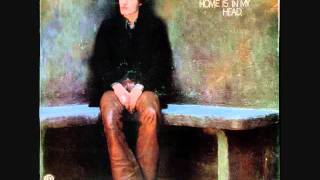 Home Is In My Head ~ Jackie Lomax 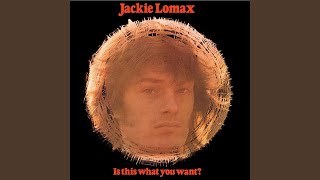 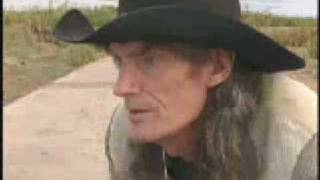