Close
The Chieftains
from Dublin, Ireland
formed January 1, 1962 (age 60)
Biography
The original traditional Irish folk band, as far as anyone who came of age in the 1970s or '80s is concerned, is the Chieftains. Their sound, built largely on Paddy Moloney's pipes, is otherworldly, almost entirely instrumental, and seems as though it comes out of another age of man's history. That they became an international phenomenon in the '70s and '80s is a testament to their virtuoso musicianship.

The Chieftains were first formed in Dublin during 1962, as a semi-professional outfit, from the ranks of the top folk musicians in Ireland. Until that time, and for some years after, the world's (and even Ireland's) perception of Irish folk songs was rooted in either the good-natured boisterousness and topicality of acts such as the Irish Rovers or Tommy Makem and the Clancy Brothers, or the sentimentality of Mary O'Hara. That began to change in Ireland with the advent of Ceoltoiri Chualann, a group formed from the ranks of the best traditional Irish musicians by a composer named Sean Ó Riada, who hailed from County Cork. Ceoltoiri Chualann, which specialized in instrumental music, stripped away the pop music inflections from Irish music -- the dances were played with a natural lilt and abandon that came from deep within the music's origins, and the airs, stripped of their worst modern inflections, came across with even greater poignancy than anyone had recognized them for in decades, and perhaps centuries. Tempos were changed in midsong, from reel to polka to jig to slow air and back again.

Paddy Moloney came out of Ceoltoiri Chualann to found the Chieftains, seeking to carry this work several steps further. The earliest recorded incarnation of the group consisted of Moloney (pipes), Sean Potts (tin whistle), Martin Fay (fiddle), David Fallon (bodhran), Mick Tubridy (flute, concertina), and Ó Riada. They were a success virtually from the beginning, their music weaving a spell around audiences in Ireland and later in England, where they quickly became popular as both a performing and recording act -- the only thing holding them back was the decision by the members to remain a semi-professional, part-time ensemble until the early '70s. Their first four albums, spread over a period from 1965 through 1973, were originally available only from the Claddagh label in Ireland, but were later picked up by Island Records for release in England and America in 1976, after the group had achieved international renown.

The '70s saw the group break big in America. A new, younger generation of Irish-American listeners, who enjoyed folk music and whose cultural and musical tastes weren't limited to songs about "the troubles" (i.e., England), had already begun discovering the Chieftains' music in the early to mid-'70s. By that time, the group had elected to go professional, and to expand its lineup. Ó Riada and Fallon left after the first album, and Peadar Mercier (bodhran) and Sean Keane (fiddle) joined with the second. Following the recording of Chieftains 4, they'd added Ronnie McShane (percussion) and Derek Bell (harp, oboe, timpani), a classically trained musician. Bell's harp lent the group's sound a final degree of elegance and piquancy.

The group's big breakthrough in America, however, occurred when they provided the music for Stanley Kubrick's 1975 movie, #Barry Lyndon. The film itself wasn't a hit, but the Chieftains were, especially one track called "Women of Ireland," which began getting played heavily on FM progressive rock stations, and even managed to get onto the playlists of some Top 40 stations. Suddenly, the Chieftains were hot in America, and a U.S. tour and a series of performances on television -- especially the network morning news/feature shows -- brought them into demand.

By that time, Island Records had contracted to release both of the group's latest album, Chieftains 5, and their four previous records in England and America. With their newfound audience, Chieftains records started coming out every year instead of every two or three years -- Bonaparte's Retreat in 1976, Chieftains Live in 1977, and Chieftains 7, 8, and 9 in 1978, 1979, and 1980, respectively, although for their U.S. releases, from 1977 through 1980, they abandoned Island Records in favor of Columbia. Ever since the dawn of the CD era, their music has been available on compact disc from Shanachie, while their more recent work has shown up on the BMG label, on both compact disc and home video. The latter have included a Christmas concert and a mixed-ensemble performance interweaving the group with orchestras, American folk and country musicians, and rock musicians, and an album (Irish Heartbeat, 1988) recorded with Irish-born folk-blues shouter Van Morrison. Additionally, the group has been engaged steadily for film work.

Since the late '70s, the group's recordings have settled into an effective but not fully inspired level of creativity. The band has kept its sound fresh with the periodic addition of new members and a search for sounds beyond the boundaries of Ireland -- as distant as Spain -- as sources for its music.

In 2003, longtime harp player Derek Bell passed away while on tour in Phoenix, Arizona. The group continued to play and record, and released a tribute in 2005 called Live in Dublin.

While the band continued to tour, they didn't record again for a number of years. Moloney had long been obsessed with the historical account of the San Patricios, a band of immigrant Irish soldiers who deserted the American Army during the Mexican-American War in 1846 to fight for the other side, against the Manifest Destiny ideology of American president James Polk. The Chieftains and co-producer Ry Cooder decided to try to tell it musically and enlisted a host of Mexican musicians in the process. The album San Patricio created a Mexican-Irish melodic mélange; it was issued to widespread acclaim in 2010.

In 2012, the Chieftains celebrated their 50th anniversary. Every living member of the band participated in a reunion of original members. In addition, they enlisted a number of vocal talents from a wide range of genres, including the Decemberists, Lisa Hannigan, Paolo Nutini, the Civil Wars, Bon Iver, Imelda May, and the Low Anthem, to name a few. Voice of Ages was issued in February of 2012 on Concord. Founder and piper Paddy Moloney died on October 11, 2021 at the age of 83. ~ Bruce Eder, Rovi 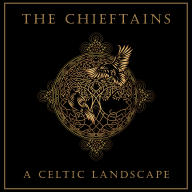 The Chieftains: A Celtic Landscape
2021 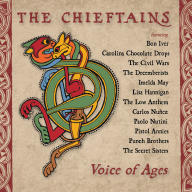 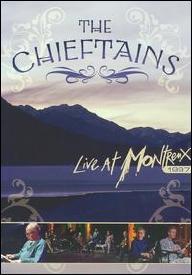 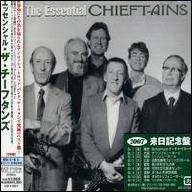 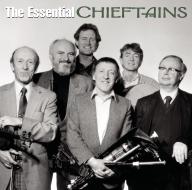 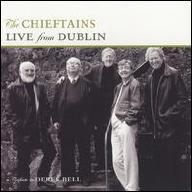 Live from Dublin: A Tribute to Derek Bell
2005
Videos
Close 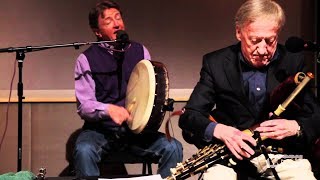 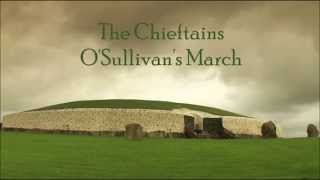 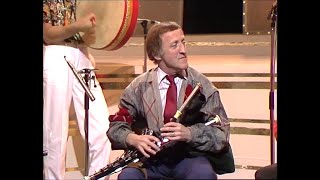 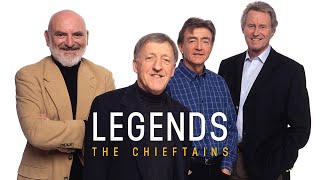 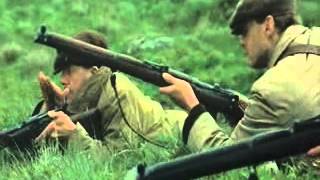 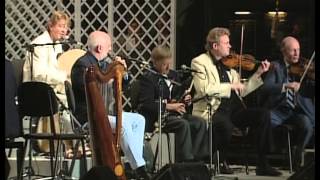 1995 The Chieftains - The long black veil 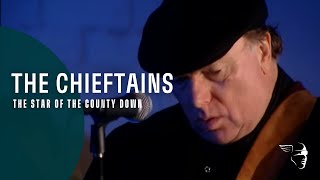 The Chieftains - The Star of the County Down (Live Over Ireland)
Available here: