Close
Jim White
from Melbourne, Victoria, Australia
January 1, 1962 (age 59)
Biography
Jim White is an Australian drummer, producer, and songwriter best known for co-founding the brilliant instrumental rock group Dirty Three in the early '90s, in addition to working with Nick Cave, Will Oldham, Cat Power, Nina Nastasia, and numerous other musicians. A highly versatile, disciplined musician, his playing can be restrained and delicate (with brushes prominent) or intense and sporadic, and he's easily adapted to numerous genres, ranging from country and folk to noise rock and free improvisation. Over his four decades in music, he has become highly regarded by countless indie rock and experimental musicians, and has become a go-to player, particularly among Chicago's music community and in New York where he is based. Among his many collaborative projects are Xylouris White, a duo he formed in 2013 with Greek laouto player George Xylouris, and an improvisatory 2020 project with guitarist Marisa Anderson.

White was born in Melbourne in 1962 and formed his first band, Happy Orphans, with future Bad Seed Conway Savage in 1980. The following year, he joined a noise rock group called People with Chairs Up Their Noses, appearing on their only release, a split EP with Plays with Marionettes. He also joined the Feral Dinosaurs, a country rock group who also featured Savage. The band released an LP titled You've All Got a Home to Go To in 1985, and split up the following year. White formed another experimental rock group, Venom P. Stinger, with vocalist Dugald MacKenzie, bassist Alan Secher-Jensen, and guitarist Mick Turner, and the band would make a much longer-lasting impact than his previous outfits. The group's explosive, unconventional debut, Meet My Friend Venom, appeared in 1986, and while the act's original lineup disbanded in 1989, they re-formed in 1991 with vocalist Nick Palmer replacing MacKenzie. Following a 1992 American tour and the release of a live LP, White and Turner both left Venom P. Stinger. The two played in Aussie rock group the Blackeyed Susans for a short time, and formed Dirty Three with violin player Warren Ellis during the same year.

Dirty Three released a self-titled cassette in 1993, and American label Poon Village released it as Sad Dangerous in 1994. The trio moved to Touch Go for the release of their self-titled second album in 1995, remaining with the label for the following decade. The group toured extensively, particularly in the United States and Europe, and their albums received much acclaim, particularly Horse Stories (1996) and Ocean Songs (1998). By the end of the decade, White had relocated to the United States, and worked extensively with American indie rock songwriters Will Oldham and Cat Power. White and Turner founded instrumental duo the Tren Brothers in 1998, debuting with a self-titled EP on Drag City that year. White participated in Boxhead Ensemble, contributing to their 2001 album Two Brothers, and also performed and recorded with Nick Cave, Smog, Scott Tuma, and others.

In 2003, White began collaborating with Nina Nastasia, initially on her full-length Run to Ruin. Following 2006's On Leaving, Nastasia and White were both given top billing on the 2007 album You Follow Me. White drummed on recordings by PJ Harvey, Marianne Faithfull, and Jolie Holland, and Dirty Three released their eighth album (and first for Drag City), Toward the Low Sun, in 2012. He also joined the re-formed lineup of Australian band Crime the City Solution, who were based in Detroit.

Based in New York at this point, White formed "free country" group Anderson Henderson White (with Reverend Vince Anderson and Burnt Sugar's Paula Henderson) in 2013. He also began collaborating with Greek singer and laouto player George Xylouris under the name Xylouris White. Along with Cairo Gang's Emmett Kelly, he formed the Double, releasing Dawn of the Double on In the Red in 2016. White collaborated with Mark Kozelek in 2017, first appearing on Yellow Kitchen (with Parquet Courts' Sean Yeaton), then on a full-length co-credited to Chicago-based keyboardist Ben Boye. In 2020, the trio of Kozelek, Boye, and White returned with 2, a second volume of floating, impressionistic songs built around Kozelek's diaristic lyrics. Later that year, he collaborated with guitarist Marisa Anderson on a set of improvised pieces for the Thrill Jockey label called The Quickening. ~ Paul Simpson, Rovi 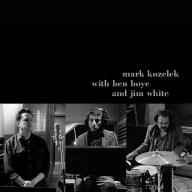 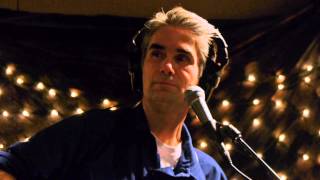 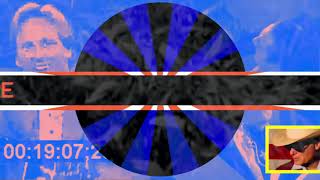 THE DIVIDED STATES OF AMERICA by Jim White. 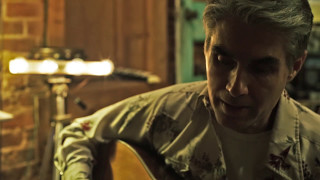 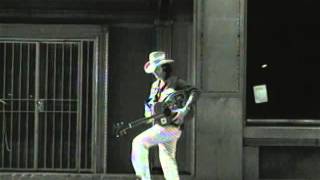 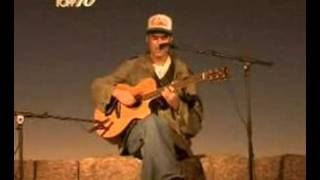 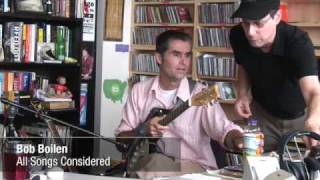 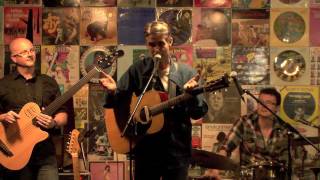