Close
Peter Guralnick
Biography
Peter Guralnick is one of America's foremost roots music authorities, and one of the best writers on roots musicians, particularly those who recorded their major work in the '50s and '60s. Guralnick combines the passion of a lifelong fan, the expertise of a scholar, and an ability to get inside both the music and the personal character of his subjects. It was only with his massive two-volume biography of Elvis Presley, published in the '90s, that his name became known among readers without specialized musical tastes. However, he had been chronicling various major and cult figures in rock, blues, and country music for decades before these books appeared.

Guralnick began writing about music in the '60s, contributing pieces to -Boston After Dark magazine. Interested most in profiles of individual artists rather than genre studies or conventional music reporting, he was soon contributing to music periodicals such as -Living Blues and -Rolling Stone. In 1971 more than half-a-dozen of his profiles -- as well as some more general pieces on blues and early rock roll -- were assembled for his first book, -Feel Like Going Home. This offered insightful chapters on legends like Howlin' Wolf, Charlie Rich, and Muddy Waters, as well as relatively little-known figures like bluesmen Robert Pete Williams and Johnny Shines. In addition to writing knowledgeably and enthusiastically about their music, Guralnick also spent a lot of time with the musicians and their associates, gaining a knack for illustrating how their personal experiences and idiosyncratic personalities helped shape their music. -Feel Like Going Home was also a landmark in its treatment of rock and blues musicians as serious artists whose work was worthy of intense scrutiny, at a time in which there was little scholarly writing about such performers.

Guralnick has never been a prolific writer, and it would not be until 1979 that his next book appeared, although he continued to contribute to publications like -Rolling Stone, -The Village Voice, -The Boston Phoenix, and -The New York Times. This volume, -Lost Highway, was assembled largely from these articles, and like -Feel Like Going Home, consisted of profiles of important American roots musicians. In -Lost Highway, Guralnick expanded his focus to also include country artists like Ernest Tubb, Mickey Gilley, and James Talley, although he continued to cover blues greats (Bobby Bland, Otis Spann) and rockabilly pioneers (Elvis Presley, Charlie Feathers). In the '80s, Guralnick diversified his approach somewhat, writing a guide to blues recordings, and also a novel, -Nighthawk Blues, with characters based on the '60s blues revival and the rediscovery of elderly country bluesmen. His most significant effort during this decade, however, was -Sweet Soul Music, in which Guralnick departed from the profile approach to offer an entire history of "deep" soul music of the '60s. In Guralnick's study this largely (though not exclusively) refers to Southern soul music of the period, along with a few Northern performers with similar styles. It was a valuable work that not only brought together first-hand accounts and analysis of major singers, producers, and songwriters, but also wove in some social history, reflecting a time in which Black and White cultures were both merging and conflicting. Guralnick's scope does reflect his personal taste, and this accounts for why some Northern musicians are covered in depth (like Solomon Burke and Aretha Franklin), yet others who some would find worthy of inclusion in such a project, such as Curtis Mayfield, are excluded.

Guralnick authored a brief volume on Robert Johnson (-Searching for Robert Johnson) in the late '80s, but his magnum opus is his two-part biography of Elvis Presley. The first part, -Last Train to Memphis, appeared in 1994, and covered Presley's career until his induction into the army in 1958. The second part, -Careless Love, documented the rest of his life, and was issued four years later. The result of 11 years of writing and research, these volumes comprise by far the most serious and in-depth study of Presley's life. Unlike most of the numerous other books about Elvis, these were devoted foremost to his music, and how his art was cultivated and influenced, although there was a wealth of detail on his personal and professional life, as well. In 1999, in -Mojo magazine, Guralnick summarized his methods and guiding principles as follows: "I have never written on assignment, never written about anyone I didn't want to write about. I do my own interviews. I believe in total immersion. The point is to give your respect to the people and their stories. You must not sell them short. My aspiration is to write something that will last and convey some human truth." ~ Richie Unterberger, Rovi 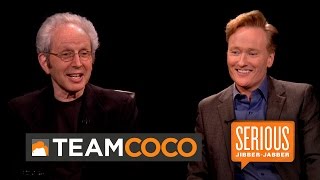 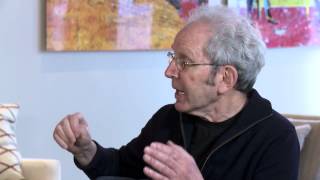 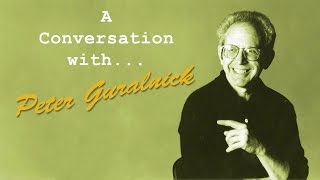 A Conversation with Peter Guralnick 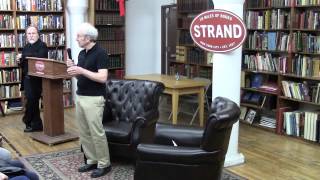 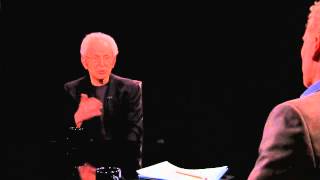