Close
Valery Gergiev
from Moscow, Russia
May 2, 1953 (age 68)
Biography
The artistic director and chief conductor at St. Petersburg's Mariinsky Theatre, Russian conductor Valery Gergiev is arguably the 21st century's foremost interpreter of Russian operatic repertory. He is also noted as a symphonic conductor and has served as chief conductor of Germany's Munich Philharmonic Orchestra since 2015.

Gergiev was born May 2, 1953, in Moscow. He is of Ossetian background, and during Russia's 2008 war with Georgia over the disputed territory of South Ossetia, he spoke out in support of Russian government actions. He led a 2003 production of Wagner's Ring Cycle at the Mariinsky that included many Ossetian cultural elements in its conception. Gergiev showed musical talent from early childhood, and by his teens he had settled on a career as a conductor. He studied with the famed pedagogue Ilya Musin at the St. Petersburg (then Leningrad) Conservatory and won the Soviet Union's All-Union Conductors' Competition in 1975 while still a student. He followed that up with a win at the Herbert von Karajan Conductors' Competition in Berlin the following year. Those victories led to Gergiev's 1977 appointment as assistant conductor at the Kirov Opera under Yuri Temirkanov and impressed observers with performances of such difficult works as Prokofiev's War and Peace. Gergiev's orchestral conducting career began in the 1980s with his leadership of the Armenian State Orchestra. He assumed the chief conductorship of the Kirov Opera upon Temirkanov's retirement in 1988; after the fall of the Soviet Union, the Kirov Opera and Kirov Theatre reverted to their original Mariinsky names. In addition to conducting operatic productions and symphonic concerts, Gergiev has been general director of the entire Mariinsky theater complex, for which he has overseen extensive renovations.

Gergiev's fame rests above all on his leadership role at the Mariinsky. He has taken companies on tour to many countries, including France (at the Théâtre des Champs-Elysées in Paris) and the U.S. (a production of Mussorgsky's Boris Godunov at the Metropolitan Opera in New York). He formed the in-house Mariinsky label in 2009 for the marketing of the company's recordings. In 2019, the company issued his recording of Tchaikovsky's Symphony No. 6 in B minor, Op. 74 ("Pathétique"), which received a five-star rating from Allmusic.com. He has also recorded for Philips and for the LSO Live label of the London Symphony Orchestra, for which he served as chief conductor beginning in 2005. From 1995 to 2008, Gergiev was chief conductor of the Rotterdam Philharmonic, and in 2015 he took up the baton for the Munich Philharmonic Orchestra, making several symphonic recordings for that orchestra's in-house label as well.

Gergiev, a strong supporter of Russian president Vladimir Putin, has at times faced criticism for political stances. He characterized members of the Russian dissident rock band Pussy Riot as publicity seekers and backed Putin's increasing repression of LGBT rights in Russia. Members of gay activist groups in New York have interrupted his performances there. On assuming his position in Munich, however, Gergiev affirmed his support for the city's anti-discrimination ordinance. ~ James Manheim, Rovi 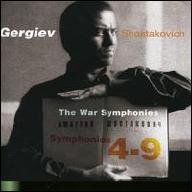 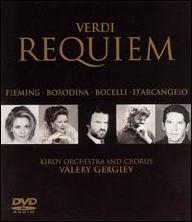 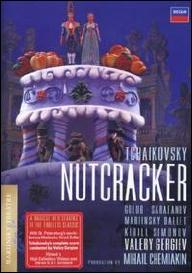 Mussorgskij: Pictures at an Exhibition; A Night on the Bare Mountain
1977 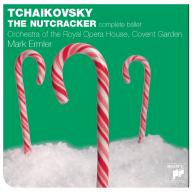 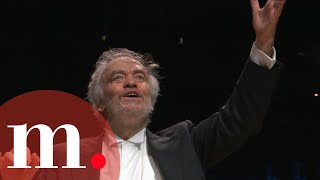 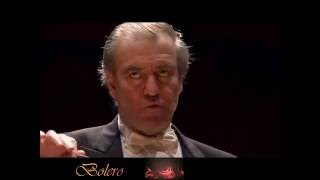 Life in a Day: Valery Gergiev 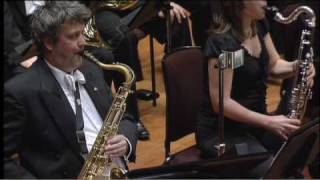 Prokofiev: Romeo and Juliet, No 13 Dance of the Knights (Valery Gergiev, LSO) 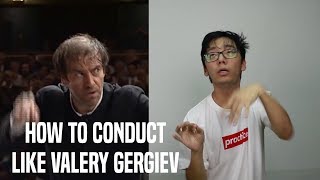 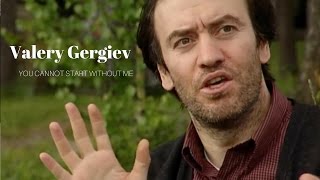