Close
Big Maybelle
from Jackson, TN
May 1, 1924 - January 23, 1972 (age 47)
Biography
Her mountainous stature matching the sheer soulful power of her massive vocal talent, Big Maybelle was one of the premier RB chanteuses of the 1950s. Her deep, gravelly voice was as singular as her recorded output for Okeh and Savoy, which ranged from down-in-the-alley blues to pop-slanted ballads. In 1967, she even covered ? the Mysterians' 96 Tears (it was her final chart appearance). Alleged drug addiction leveled the mighty belter at the premature age of 47, but Maybelle packed a lot of living into her shortened lifespan.

Born Mabel Louise Smith, the singer strolled off with top honors at a Memphis amateur contest at the precocious age of eight. Gospel music was an important element in Maybelle's intense vocal style, but the church wasn't big enough to hold her talent. In 1936, she hooked up with Memphis bandleader Dave Clark; a few years later, Maybelle toured with the International Sweethearts of Rhythm. She debuted on wax with pianist Christine Chatman's combo on Decca in 1944, before signing with Cincinnati's King Records in 1947 for three singles of her own backed by trumpeter Hot Lips Page's band.

Producer Fred Mendelsohn discovered Smith in the Queen City, re-christened her Big Maybelle, and signed her to Columbia's OKeh RB subsidiary in 1952. Her first Okeh platter, the unusual Gabbin' Blues (written by tunesmith Rose Marie McCoy and arranger Leroy Kirkland) swiftly hit, climbing to the upper reaches of the RB charts. Way Back Home and My Country Man made it a 1953 hat trick for Maybelle and OKeh. In 1955, she cut a rendition of Whole Lot of Shakin' Goin' On a full two years before Louisiana piano pumper Jerry Lee Lewis got his hands and feet on it. Mendelsohn soon brought her over to Herman Lubinsky's Savoy diskery, where her tender rendition of the pop chestnut Candy proved another solid RB hit in 1956. Maybelle rocked harder than ever at Savoy, her Ring Dang Dilly, That's a Pretty Good Love, and Tell Me Who benefiting from blistering backing by New York's top sessioneers. Her last Savoy date in 1959 reflected the changing trends in RB; Howard Biggs' stately arrangements encompassed four violins. Director Bert Stern immortalized her vivid blues-belting image in his documentary #Jazz on a Summer's Day, filmed in color at the 1958 Newport Jazz Festival.

Maybelle persevered throughout the '60s, recording for Brunswick, Scepter (her Yesterday's Kisses found her coping admirably with the uptown soul sound), Chess, Rojac (source of 96 Tears), and other labels. But the good years were long gone when she slipped into a diabetic coma and passed away in a Cleveland hospital in 1972. ~ Bill Dahl, Rovi 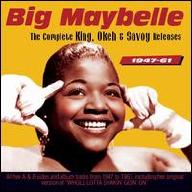 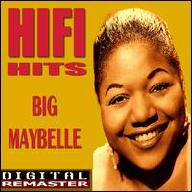 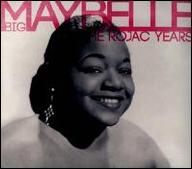 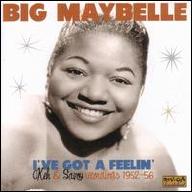 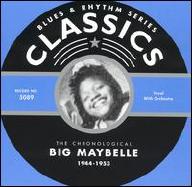 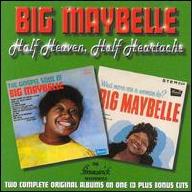 Half Heaven, Half Heartache: The Brunswick Recordings
2001 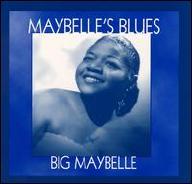 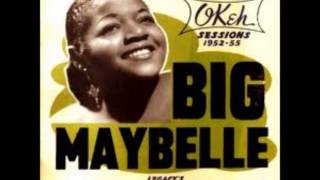 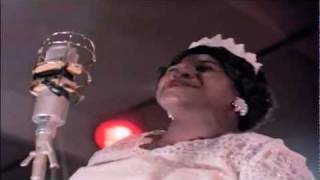 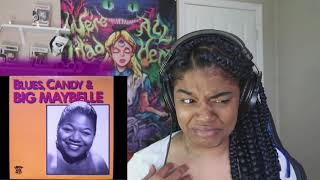 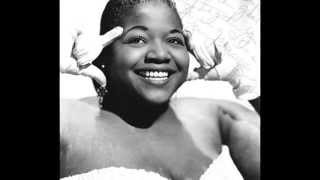 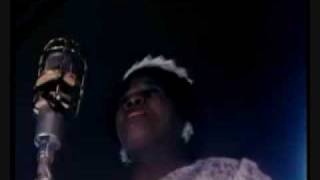 Big Maybelle - I Ain't Mad at You (Live) 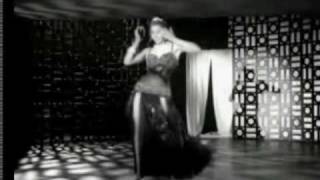