Close
Plasmatics
from New York, NY
formed January 1, 1979 (age 42)
Biography
At a time (the late '70s and early '80s) and a place (the New York punk scene) where shocking the audience was often the order of the day, few bands had a greater gift for cultivating outrage than the Plasmatics. During the group's heyday, a Plasmatics show could include anything from lead singer Wendy O. Williams covered in shaving cream and electrical tape while brandishing a chain saw as blue-haired Richie Stotts attacked his guitar in drag, to the destruction of televisions, electric guitars, automobiles, and other consumer goods. Plenty of punk bands of the time courted controversy, but the Plasmatics took it a step further; they were banned in several major cities (most notably London) and Williams stood trial for obscenity in a celebrated 1981 court case in Milwaukee, but the band also helped bring punk to the heartland through their crazed stage shows, frequent television appearances, and a prescient fusion of punk velocity with heavy metal guitar power.

The Plasmatics were formed in 1977 by Williams and Rod Swenson, a self-described "anti-artist" who met her when she answered a casting call for Captain Kink, an experimental theater for adults Swenson ran in the middle of the Times Square district. Fascinated by New York's burgeoning punk scene and enamored of Wendy's fearless stage presence, Swenson assembled a band around Williams, featuring lead guitarist Stotts, rhythm guitarist Wes Beech, bassist Chosei Funahara, and drummer Stu Deutsch. The Plasmatics made their live debut on-stage at CBGB in 1978, and their wildly destructive stage show soon made them the talk of the town. By 1979, the band was headlining shows along the East Coast and they sold out the New York Palladium, the first band to do so without the benefit of a major record deal. (The Plasmatics were also the first band to blow up a car on the Palladium's stage.) In 1980, the group signed a deal with the legendary British label Stiff Records, which released their debut album, New Hope for the Wretched, produced by Swenson, Ed Stasium, and Jimmy Miller; by this time, Jean Beauvior had taken over on bass from Funahara. Shortly after the album's release, the Plasmatics flew to London to make their British debut only to discover the show has been shut down by civic authorities; the group received a more friendly welcome on their subsequent North American tour, which featured a number of sold-out dates.

However, in January 1981 Williams was arrested following a show in Milwaukee, WI, for obscenity, with the police claiming Williams had performed a lewd act on stage with a sledgehammer. Williams was also severely beaten by police following the arrest, with the officers claiming she had tried to attack them. A few days later, Williams was arrested for obscenity again in Cleveland, OH; in time, she would be cleared of all charges in both cities, but the press attention helped boost the group's already notorious public profile. Later that year the Plasmatics recorded their second LP, Beyond the Valley of 1984, which featured former Alice Cooper drummer Neal Smith behind the traps following the departure of Stu Deutsch. The band continued to tour heavily and appeared on a number of popular television shows, including #Fridays, #SCTV, and #Tomorrow. Late in 1981, the Plasmatics released an EP, Metal Priestess, which took the heavy metal undertow of the group's earlier work and brought it to the surface; the new musical direction attracted the attention of A&R men at Capitol Records, who signed the Plasmatics to a major-label deal. Coup d'Etat was recorded in Germany with producer Dieter Dirks and featured another new lineup of the group -- Williams, Stotts, Beech, bassist Chris Romanelli, and drummer T.C. Tolliver. However, Capitol's promotion of the album was half-hearted at best, and rather than continue working with a label that didn't believe in the group, Williams and Swenson decided to make their next project a Wendy O. Williams solo effort. 1984's WOW featured Beech and Tolliver alongside a crew of players assembled by producer Gene Simmons, including several fellow members of Kiss. Williams's second "solo" effort, 1986's Kommander of Kaos, was another metal-oriented effort; Stotts was gone, with Michael Ray and Greg Smith signing on as guitarist and bassist. The Plasmatics name was resurrected for a final album in 1987 -- Maggots: The Record, a concept piece concerning environmental abuse and consumer culture gone mad -- which featured much of the Kommander of Kaos band accompanied by a handful of session players and backing vocalists. Swenson and Williams folded the Plasmatics following a tour in support of Maggots, and after cutting a hip-hop-oriented album, 1988's Deffest! and Baddest! under the name Ultrafly and the Hometown Girls, Williams retired from music. Williams and Swenson remained a couple until she took her own life on April 6, 1998. ~ Mark Deming, Rovi 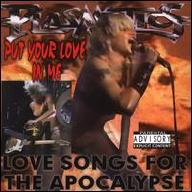 Put Your Love in Me: Love Songs for the Apocalypse
2002 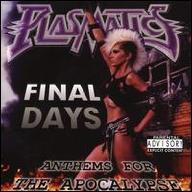 Final Days: Anthems For The Apocolypse
2001 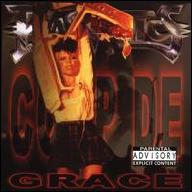 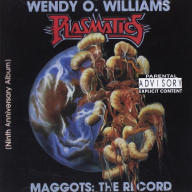 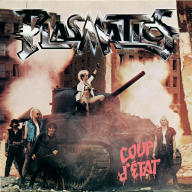 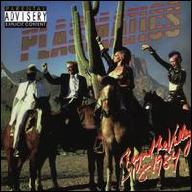 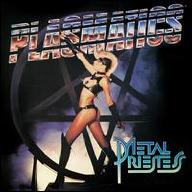 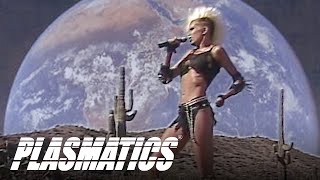 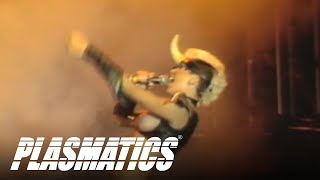 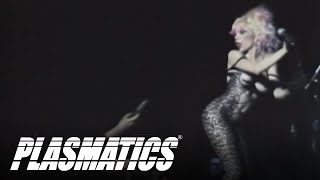 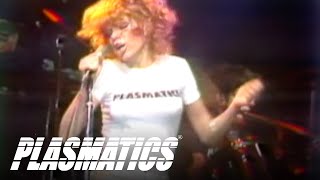