Close
Eric Carmen
from Cleveland, OH
August 11, 1949 (age 72)
Biography
Eric Carmen has amassed an impressive amount of hit singles over his long career, whether it be as a member of the influential power pop outfit the Raspberries, as a solo artist, or as a songwriter for others. Born on August 11, 1949, in Cleveland, Ohio, Carmen began his musical training at an early age -- by the age of six, he was taking violin lessons, and by 11, he was playing piano and penning his own original compositions. With his discovery of the Beatles during the early '60s, Carmen's attention shifted toward rock & roll, as he began playing piano and singing with high school bands. It was while Carmen was a student at John Carroll University that he joined a local group called Cyrus Erie, who, apart from issuing several obscure singles for Epic Records, failed to leave much of an impact outside of the local region.

But when another popular local rock outfit, the Choir, split up, Carmen and another Cyrus Erie member, guitarist Wally Bryson, joined forces with former Choir members Dave Smalley (bass) and Jim Bonfanti (drums), which led to the formation of the Raspberries. Mixing rockers (that combined the melody of the Beatles and the guitar riffs of the Who) with lush ballads, the quartet quickly created a buzz, which resulted in a recording contract with Capitol. Right off the bat, the quartet scored a massive hit single with the infectious "Go All the Way" (taken from their self-titled 1972 debut), which peaked at number five on the singles charts. Despite issuing further solid albums (1972's Fresh, 1973's Side Three, and 1974's Starting Over), the group became known first and foremost as a "singles" act, as their albums failed to match the chart success of such further hit singles as "I Wanna Be with You," "Let's Pretend," and "Overnight Sensation (Hit Record)." With Carmen's increasing frustration with the group, the Raspberries split up in 1975 (it wasn't long, however, before other groups began translating the Raspberries' sound/approach into their own hits, especially Cheap Trick and the Knack, among countless others).

Immediately thereafter, Carmen inked a solo deal with Arista. Instead of following in the Raspberries' power pop direction, he opted for a more mature, singer/songwriter/ballad style, as evidenced by his self-titled 1975 debut. The shift in musical styles soon reaped rewards for Carmen, as it spawned two big hits -- "All by Myself" and "Never Gonna Fall in Love Again" -- while the album almost cracked the Top 20. Despite a strong start to his solo career, the hits soon dried up, as such subsequent albums as 1977's Boats Against the Current, 1978's Change of Heart, and 1980's Tonight You're Mine each sold less than its predecessor. Carmen sunk from sight for several years, but penned the Top Ten hit power ballad "Almost Paradise" (from the incredibly popular 1984 Footloose [Original Soundtrack]), sung by Heart's Ann Wilson and Loverboy's Mike Reno.

With the single proving that a large audience still existed for Carmen-penned ballads, the singer resurfaced a year later with his first solo album in five years -- the second self-titled release of his career. While it did spawn a moderate hit with the single "I Wanna Hear It from Your Lips," the album failed to move up the charts. But it was another movie soundtrack, 1987's Dirty Dancing, that would land Carmen his next big hit, the Top Ten "Hungry Eyes." Carmen scored another hit a year later, "Make Me Lose Control," and also toured as part of the Dirty Dancing concert tour. When the tour wound up, Carmen pulled a disappearing act once more, yet throughout the '90s, a wide variety of renowned artists covered songs of his, including Babes in Toyland, Peter Cetera, Sheryl Crow, Celine Dion, and Diana Ross, among others. 1998 saw Carmen issue his first solo full-length in 13 years, the Japanese release Winter Dreams (released in the U.S. as I Was Born to Love You a year later), while rumors began to swirl regarding an impending Raspberries reunion tour. While it was true that all four original Raspberries members met up in early 1999, and three of them performed a few months later in Cleveland at a party, a reunion ultimately failed to materialize until 2005 when the original quartet reunited for a show at L.A.'s House of Blues. The show was released in 2007 as Live on Sunset Strip. ~ Greg Prato, Rovi 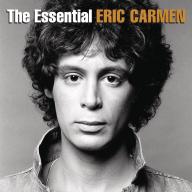 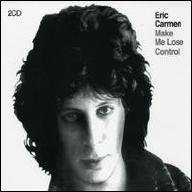 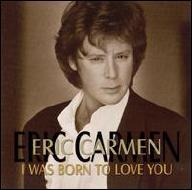 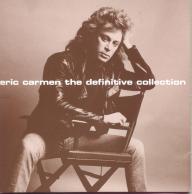 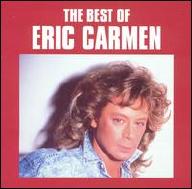 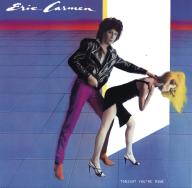 Tonight You're Mine
1980
Videos
Close 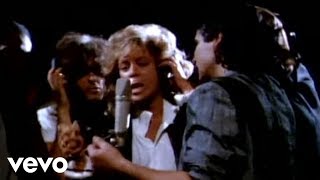 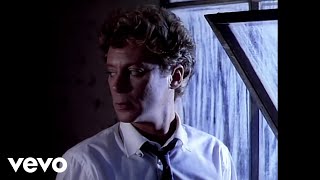 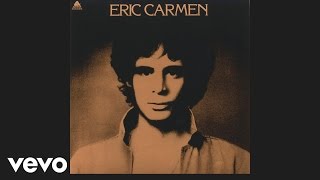 Eric Carmen - All by Myself (Audio) 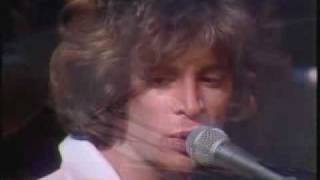 Eric Carmen - All By MySelf (HQ) 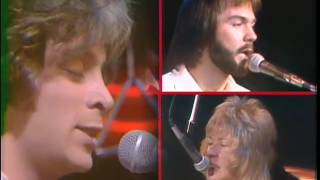 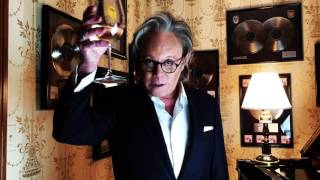