Close
Hal David
from New York, NY
May 25, 1921 - September 1, 2012 (age 91)
Biography
As one half of the greatest American songwriting duo of the postwar era, lyricist Hal David teamed with composer Burt Bacharach to elevate the common pop song to fine art; the perfect complement to Bacharach's elegant melodies and shimmering arrangements, David's lyrics boasted an uncommon sophistication and maturity, achieving a poetic grace unparalleled in their sweeping romanticism and heartbreaking poignancy. The younger brother of tunesmith Mack David, he was born May 25, 1921 in Manhattan, and had already penned a series of hits including American Beauty Rose, Broken Hearted Melody, and Bell Bottom Blues prior to first meeting Bacharach at the Brill Building offices of the Famous Paramount Music Company in 1957. The duo quickly scored their first hit with Marty Robbins' The Story of My Life, followed a year later by Perry Como's Magic Moments; still, despite their initial success, David and Bacharach collaborated only intermittently over the next several years, with the former writing alongside composers Bob Hilliard, Sherman Edwards, and Lee Pockriss.

While working with the Drifters in 1962, Bacharach and David discovered session vocalist Dionne Warwick, whom they asked to sing on some of their upcoming demos; soon she was the duo's regular demo singer, quickly signing to Scepter Records as a solo act. Beginning with the smash Don't Make Me Over, Warwick emerged not only as Bacharach and David's muse, but also as their finest interpreter, her inimitable blend of intimacy and intensity navigating David's increasingly expressive lyrics and Bacharach's elaborate structures with an ease and dexterity unmatched by any other singer. Over time, the duo began writing together exclusively, in 1963 alone scoring smashes with Bobby Vinton (Blue on Blue), Gene Pitney (Twenty Four Hours from Tulsa), Warwick (the sublime Anyone Who Had a Heart), and Jack Jones (Wives and Lovers); their records sounded like no one else's, with a complexity and depth virtually absent from the standard pop fare of the pre-British Invasion era.

Throughout the remainder of the decade, Bacharach and David generated hit after hit; the roll call is staggering, with just a small sample including perennials like Warwick's Walk on By, Jackie DeShannon's What the World Needs Now Is Love, Tom Jones' What's New Pussycat?, Cilla Black's Alfie, Dusty Springfield's The Look of Love, and Herb Alpert's This Guy's in Love with You. Everyone from the Beatles to Aretha Franklin covered their songs; the duo also scored hit films including Casino Royale, The Man Who Shot Liberty Valance, and Butch Cassidy and the Sundance Kid, which launched B.J. Thomas' Academy Award-winning chart-topper Raindrops Keep Fallin' on My Head. In 1968, Bacharach and David teamed with playwright Neil Simon on Promises, Promises, a musical inspired by the Billy Wilder film The Apartment, which enjoyed a hugely successful run on Broadway on its way to winning a Tony Award; the '70s began with similar promise, with hits from the Carpenters (Close to You) and the 5th Dimension (the lovely One Less Bell to Answer), but within two years, their partnership was over.

The turning point was the 1972 film musical Lost Horizon, an unmitigated commercial and critical disaster that brought long-simmering tensions between David and Bacharach to a head; not only did they agree to sever their collaboration, but worse, Warwick was forced to sue the team for their failure to deliver any new material for her to sing. The fallout was catastrophic for all involved, with neither Bacharach nor David recapturing their past success with new collaborators, although David scored a major hit in 1984 with the Julio Iglesias/Willie Nelson duet To All the Girls I've Loved Before, penned with composer Albert Hammond. Between 1980 and 1986, David served as president of ASCAP, and was later inducted into the Songwriters Hall of Fame; in 1991, he also earned a Doctor of Music degree from Lincoln College for his contributions to American music. Finally, in 1999 -- more than a quarter-century after their last collaboration -- he reunited with Bacharach to compose a pair of new songs for the film Isn't She Great. Hal David died of a stroke at Cedars-Sinai Medical Center in Los Angeles on September 1, 2012; he was 91 years old. ~ Jason Ankeny, Rovi 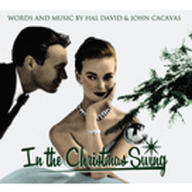 In The Christmas Swing
2008 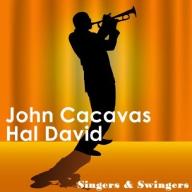 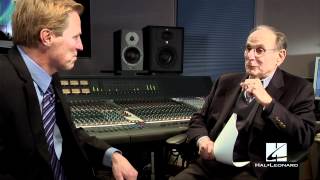 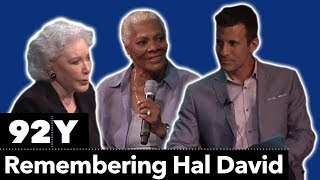 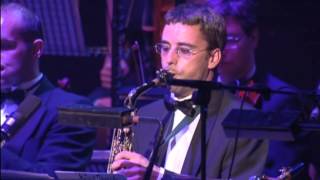 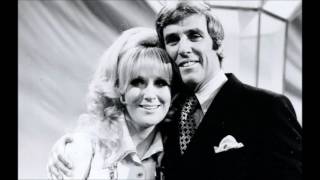 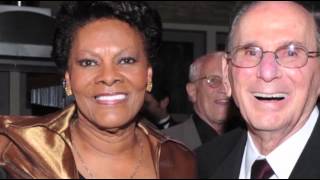 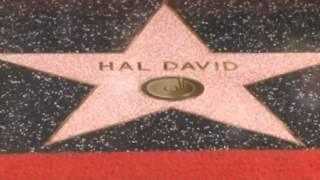 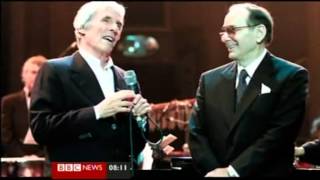