Close
Sammy Cahn
from New York, NY
June 18, 1913 - January 15, 1993 (age 79)
Biography
One of the more diverse American lyricists of the 20th century, Sammy Cahn wrote his first hit by the age of 21 and followed it with over five decades of successful and award-winning compositions. Working most frequently with Jule Styne during the '40s and Jimmy Van Heusen during the '50s (though he also composed with Axel Stordahl and Paul Weston), Cahn had a way with lovesick ballads (I'll Walk Alone, Only the Lonely) as well as bouncy uptempo songs (Let It Snow! Let It Snow! Let It Snow!, Saturday Night Is the Loneliest Night of the Week).

Born on New York's Lower East Side in June 1913, Samuel Cohen was the son of Jewish immigrants from Poland. His mother encouraged him to take up the violin, which Cahn used to join a small orchestra which played at bar mitzvahs and other Jewish gatherings. At the age of 16, he began writing songs and later convinced orchestra-mate Saul Chaplin to join him in a partnership. The duo wrote for bands as well as vaudeville, gaining their first hit in 1935 when Jimmie Lunceford's Orchestra recorded Rhythm Is Our Business. During the next two years, the Cahn and Chaplin team wrote three more big hits, including Until the Real Thing Comes Along (sung by Andy Kirk); the Yiddish novelty Beir Mir Bist Du Schöen (which became the Andrews Sisters' first million-selling hit); and Please Be Kind (popularized by Benny Goodman and Bob Crosby).

When Sammy Cahn and Saul Chaplin's writing contract with Warner Bros. expired in the early '40s, they decided to split up. Cahn soon found another partner, Jule Styne, the man with whom he wrote his most celebrated hits. Writing film and album songs for Frank Sinatra -- who had gotten to know Cahn during his tenure in the Tommy Dorsey Orchestra -- during the mid-'40s, Cahn and Styne were one of the most successful teams in the business, as a variety of stars gained the upper reaches of the Hit Parade with Saturday Night (Is the Loneliest Night of the Week) (Sinatra, Sammy Kaye, Frankie Carle), I've Heard That Song Before (Harry James), I'll Walk Alone (Doris Day), It's Been a Long, Long Time (Bing Crosby, Harry James, Charlie Spivak), Things We Did Last Summer (Sinatra), Five Minutes More (Sinatra, Tex Beneke, the Three Suns, Bob Crosby), and Let It Snow! Let It Snow! Let It Snow! (Vaughn Monroe, Woody Herman, Connee Boswell, Bob Crosby). As well, Cahn and Styne wrote scores for several movies plus the 1947 Broadway musical High Button Shoes.

Though successful, High Button Shoes was Sammy Cahn and Jule Styne's last collaboration for almost a decade. While Styne stayed in New York, Cahn journeyed to Hollywood, recruiting Nicholas Brodszky as his new partner and writing half-a-dozen film songs for Mario Lanza plus I'll Never Stop Loving You for Doris Day. Cahn and Styne began working together again in 1954, and though they were together for only a year, the pair won an Oscar for Sinatra's rendition of the title song from Three Coins in the Fountain as well as writing music for Marilyn Monroe's #The Seven Year Itch.

His relationship with Styne was somewhat soured by the mid-'50s, so Sammy Cahn turned to another old friend, Frank Sinatra, to rejuvenate his career. With Jimmy Van Heusen as his songwriting partner, Cahn charted a course for Sinatra with several hits from movies, like The Tender Trap and two more Oscar winners for Best Song from a Film, All the Way and High Hopes. There were many other Sinatra favorites during the late '50s to early '60s, many used as the title songs to his albums: Come Fly with Me, Come Dance with Me, Only the Lonely, No One Cares and September of My Years. By no means restricted to status as Sinatra's muses, Cahn and Van Heusen also collaborated on Cahn's fourth Oscar award-winning song, Call Me Irresponsible, plus the score for a TV adaptation of Thornton Wilder's #Our Town (whence came another perennial favorite, Love and Marriage) and scores for two Broadway musicals, Skyscraper and Walking Happy.

By the end of the '60s, with enormous success connected to his name, Sammy Cahn returned to work with old partner Styne on a musical score named Look to the Lilies. Cahn entered the '70 with a new direction: performance. He wrote and starred in a one-man show named Words and Music, which gained him an award not devoid of irony -- Best New Talent on Broadway from the Outer Circle Critics. A year later, he brought the show to England, and remounted the entire spectacle in the '80s as well. Inducted into the Songwriters Hall of Fame, Sammy Cahn died in Los Angeles on January 15, 1993. ~ John Bush, Rovi 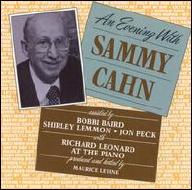 An Evening with Sammy Cahn
1972 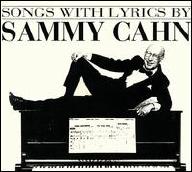 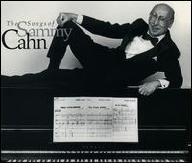 The Songs of Sammy Cahn 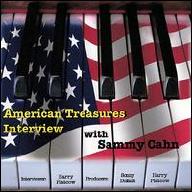 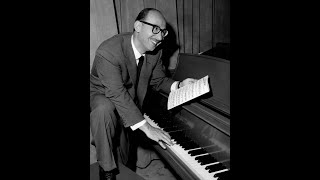 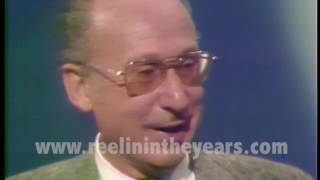 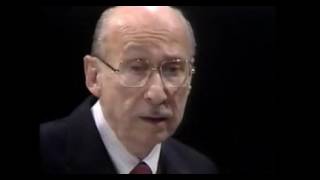 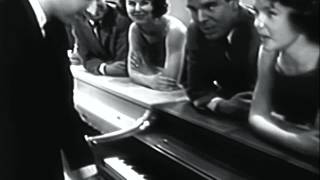 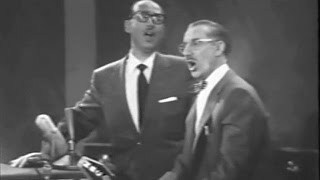 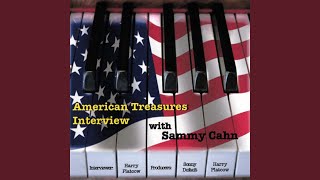 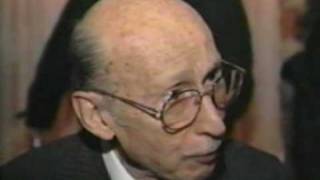