Close
Harvey Mandel
from Detroit, MI
March 11, 1945 (age 76)
Biography
Self-taught guitarist Harvey The Snake Mandel is a musical innovator whose guitar style comes out of the electric Chicago blues of his youth. He helped to develop playing techniques such as two-handed fretboard tapping, and the use of sustained and controlled feedback during the mid-'60s. He has played with everyone from Charlie Musselwhite (who nicknamed him "the snake") and Canned Heat to Jimmy Witherspoon, Bob Dylan, John Mayall, and the Rolling Stones. While best known for his rocked-up, scorching version of Duke Pearson's jazz classic "Cristo Redentor," Mandel is as comfortable with funk, psychedelia, surf and hard rock as he is blues and jazz, evidenced by his trilogy that began with 1971's Baby Batter, continued through 1972's spacey post-psych-rock instrumental date The Snake, and 1973's funky Shangrenade. Always in the right place at the right time, Mandel replaced Henry Vestine briefly in Canned Heat -- his third date with the band was at Woodstock -- then continued to tour and record with them through Future Blues and Historical Figures and Ancient Heads. He took his own turn in Mayall's first Blues Breakers outfit, appearing on the seminal albums USA Union and Back to the Roots. He even worked with the Ventures on Rock 'n' Roll Forever. When Rolling Stones' guitarist Mick Taylor left the band, Mandel auditioned to be his replacement: he cut two tracks that appeared on 1976's Black and Blue: "Hot Stuff" and "Memory Motel." Mandel spent the 1980s and 1990s as a session player and played his own gigs with either a trio or quartet. In the 21st century, Mandel contracted cancer and has battled it since 2011 undergoing several surgeries. Declared cancer-free in 2014, he resumed recording under his own name in earnest, issuing the hybrid jazz-rock offering Planetary Warrior that year and the widely acclaimed Snake Pit in 2016.

Mandel was born in Detroit on March 11, 1945 and raised in Chicago. He began playing guitar while in his early teens and found his inspiration in the sound of the Ventures. Whole new vistas in guitar appreciation opened up for him once he had the chance to hear musicians like Buddy Guy in the small blues clubs of Chicago's West and South sides. Mandel learned from and performed with such greats as Guy, Albert King, Muddy Waters, and Otis Rush. He got his nickname, "The Snake," from master blues harp player Charlie Musselwhite, who admired the way Mandel's left hand would effortlessly snake up and down the guitar neck. He later took on the moniker "The King of Sustain," for the long, ringing tones he was able to coax from his instrument.

Mandel's solo career began in the late '60s, after his based manager got him signed to a deal with Philips, a label distributed by Mercury Records. Mandel's first album, Cristo Redentor (1968), was well-received on the then-growing underground radio scene in California, and he followed it with two more albums for Philips: Righteous in 1969 and Games Guitars Play in 1970. In 1971, he recorded Baby Batter for the Janus Records label, and that company later released an album called The Best of Harvey Mandel in 1975.

In 1972, Mandel produced a group of Chicago-area musicians on Get Off in Chicago, a jam-session album recorded in three days. After a brief tour with John Mayall in Europe in 1972, he recorded The Snake in 1972, Shangrenade in 1973 (featuring a guest appearance from Bobby Lyle on clavinet), and Feel the Sound of Harvey Mandel in 1974, all for the Janus label. For much of the rest of the '70s and '80s, Mandel performed club engagements, despite his lack of a record. In the '80s in Florida, where he had family, he spent time in a house band at Woody's, a club owned by Rolling Stones guitarist Ronnie Wood.

Mandel's session work is a short who's-who of blues and roots-rock greats -- it includes albums with the Rolling Stones, John Mayall, Canned Heat (a group he was part of in the '60s and again in the '90s), Musselwhite, Barry Goldberg, Jimmy Witherspoon, Don Sugarcane Harris, Dewey Terry, Freddy Roulette, Bobby Keys, and eventually, even his heroes the Ventures. (For a great sense of the genius of Mandel's playing, pick up Charlie Musselwhite's debut for the Vanguard label, Stand Back! Here Comes Charlie Musselwhite's Southside Blues Band.)

Never a singer, but always an inventive and well-respected guitar player, Mandel's commercial appeal has been limited by his natural eclecticism and curiosity about different styles. Like blues and jazz pianist Mose Allison, Mandel plays a mix of styles on his instrument, always skirting the line between blues and rock. As a result, his fan base, though dedicated, is somewhat fractured, because they're either fans of his rock playing or his more bluesy material.

In the early '90s, Mandel moved back to the San Francisco Bay Area, where he recorded a series of excellent albums for the Chicago-based Western Front Entertainment label. Twist City, a 1993 release, got good reviews. In the summer of 1995, he released Snakes Stripes for the Clarity Recordings label and received his own volume in the Chronicles series, which compiled remastered editions of his first three albums. A year later he was a co-headliner with Henry Kaiser, Steve Kimock, and Freddie Roulette on The Psychedelic Guitar Circus. His hard-driving blues set Planetary Warrior appeared in 1997 from his own Electric Snake Productions label.

He began the 21st century with Lick This, a self-described "techno collaboration" with his son Eric Mandel as lead vocalist. They followed it with the hip-hop-oriented West Coast Killaz in 2003. That same year, the guitarist issued NightFire featuring Harvey Mandel/Freddie Roulette. Though the guitarist toured and played club and some session dates, it was another three years before the studio outing Harvey Mandel the Snake Crew was released. He spent two years recording and touring with the "Chicago Blues Reunion" in 2008. A year later, he issued Harvey Mandel the Snake Crew: Live. That same year, Mandel and Larry Taylor reunited with Fito de la Parra and the rest of the then-current Canned Heat lineup to perform certain shows on the band's tour. (The three men were all part of the group's 1969 Woodstock show.) Mandel formally rejoined Canned Heat in 2010. Numerous catalog reissues -- some of rather suspicious origin -- and Canned Heat compilations appeared over the next several years. In 2015, Cleopatra issued Snake Box, which collected Mandel's first five solo albums and added a sixth disc of rarities. In November 2016, the guitarist issued Snake Pit for Tompkins Square; it was his first widely distributed album in 20 years. Co-produced by the guitarist with label boss Josh Rosenthal, it was recorded over two days at Fantasy Studios in Berkeley, California. Mandel teamed with keyboardist Ben Boye, drummer Ryan Jewell, guitarist Brian Sulpizio, and bassist Anton Hatwich, none of whom had either met one another or rehearsed together before the sessions. He followed it with the completely self-written and recorded Snake Attack and Dragons at Play in 2017. ~ Richard Skelly, Rovi 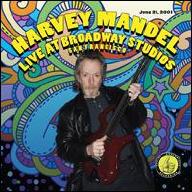 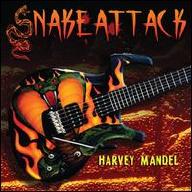 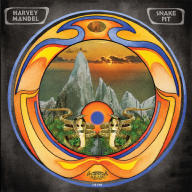 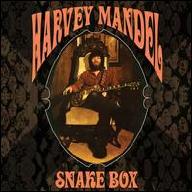 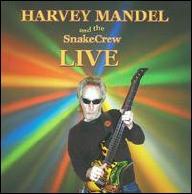 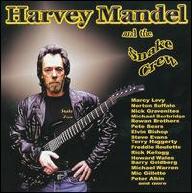 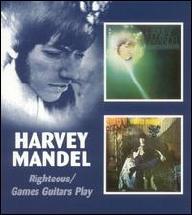 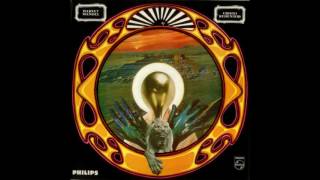 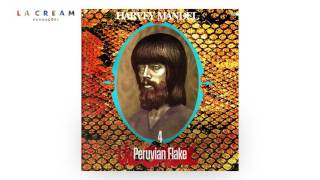 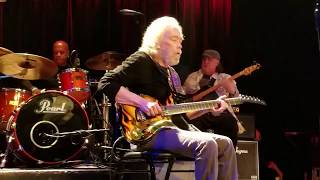 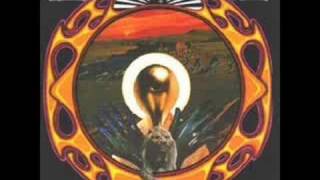 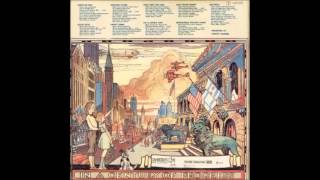 Harvey Mandel - Get off in Chicago 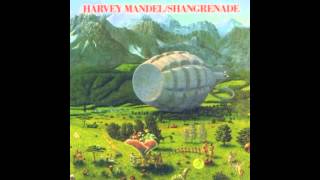