Close
USA for Africa
formed January 1, 1984 (age 37)
Biography
When it appeared in 1985, USA for Africa's We Are the World was viewed as '80s pop stars finally gaining a social conscience. Although it eventually became so overplayed that many radio stations never spun it anymore as the decade closed, We Are the World was produced with the best of intentions. A year earlier a group of British chart toppers and new wave icons -- such as George Michael, Boy George, Bono, Midge Ure, and Bananarama -- collaborated as Band Aid and recorded Do They Know It's Christmas? to help end world hunger. The single sold more than three million copies in the U.K. Singer Harry Belafonte developed the idea of creating an American version of Band Aid called USA for Africa, one that would help the starving people in Ethiopia. Belafonte then phoned three of his pals -- Lionel Richie, Michael Jackson, and producer Quincy Jones -- told them his idea. Richie and Jackson wrote We Are the World in two hours.

On January 28, 1985, 45 vocalists including Richie, Jackson, Stevie Wonder, Paul Simon, Kenny Rogers, Billy Joel, Bruce Springsteen, Cyndi Lauper, and Bob Dylan gathered at the AM Recording Studios to sing We Are the World. The session was scheduled to take place after the American Music Awards to ensure the availability of the musicians. The artists were asked to "Check your egos at the door," and 21 of them were given brief but memorable lead solo performances. On March 23, 1985, We Are the World debuted at number 21 on the Billboard charts; it hit number one on April 13, 1985, immediately selling more than 800,000 copies. We Are the World was number one for four weeks in the U.S. It was even played on over 5,000 radio stations simultaneously on April 5, 1985. We Are the World eventually sold 7.5 million copies in America, raising 50 million dollars for famine relief. The accompanying compilation LP USA for Africa: We Are the World, featuring unreleased tracks from Prince and Bruce Springsteen, among others, was one of the year's best-selling albums. We Are the World won Song of the Year and Record of the Year honors from the Grammy Awards. The format of Band Aid and USA for Africa continued to be duplicated nearly two decades later. ~ Michael Sutton, Rovi 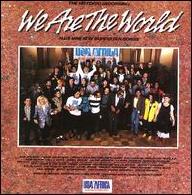 USA for Africa: We Are the World
1985
Videos
Close 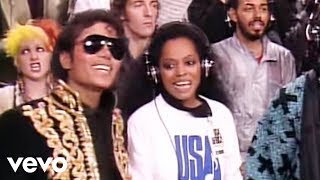 U.S.A. For Africa - We Are the World (Official Video) 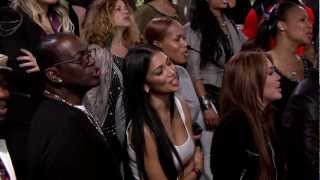 We Are The World 25 For Haiti - Official Video 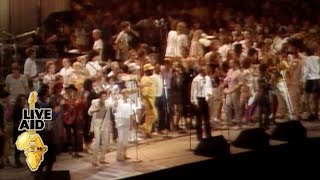 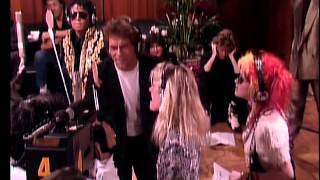 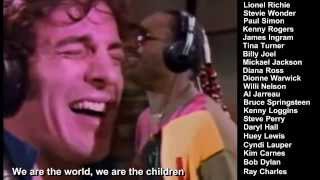 " We are the world " USA for AFRICA 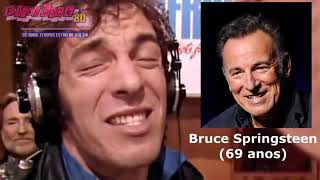 USA FOR AFRICA - We Are The World - Rafael Casado Drummer
Available here: