Close
Santorini Greece
by Rick Ross
on Rather You Than Me
Lyrics
Sometimes I be wanting to say, "Fuck the world"
I don't give a fuck
I'll shoot it out with all you bitches
Bitches don't love me
Young black nigga, nigga fighting the world, nigga
Everywhere you go bitches throwing rocks nigga
Man, a nigga in a Lamborghini

Seen a Cuban kilo I was 15 (huh)
Dealing yayo, never had my teeth cleaned
Restricted license but I'm so divisive
I know the snipers and I flow the nicest (woo)
Fresher than Groovey Lew at a Coogi shoot (ah)
A multiple weapons in my new Gucci boots
The bank account done caught the Holy Ghost
I say the bank account done caught the Holy Ghost
Hot pastrami for my Jewish chicks
Eight days of Christmas, every day a newer gift
I'm Michael Jackson to the rich niggas
That leather jacket, baby, with the 6 zippers
Suicide, or rather crucified (uh)
I prophesize your whole crew demise
Mutulu wife reside in Cuba nigga
Shoot you, let you bleed out, it's how they do it nigga

Half of my niggas headed to Attica
Either trafficking or destined to be a janitor
Diabetes rampant in my blood line
That why fat boy be happy to see the sunshine
I'm here for results, baby, let's cut the chase
Sticky fingers and paper
D.A.'ll drop the case (woo)
Art Basel with Lyor, I blew 300 with 'em (huh)
2 seaters for all the soldiers who running wit 'em (ah)
Ask 100 women, yeah, they wanna hit 'em
I be half awake and still be running in 'em (woo)
Two new liter Sprite, it get me through the night
Bowling alley in the basement but we still shooting dice (haha)
Rich forever, killa take my old advice (yeah)
Better yet, take my old bitches and mold 'em right (talk)
And if I want her back I come and take her back (boss)
Santorini Greece, I put it on the map

Some points you niggas gotta be grateful
Mutulu Shakur
I know your dreads touching the floor, nigga

We in the last days, these racist agendas
A blatant double standards because I'm a nigga
Jesse Jackson on them people payroll (fuck him)
When you black, lips chapped 'cause the game cold
I'm giving niggas jobs when I sing songs (let's go)
White man love me when I get my bling on (nigga)
But you hate me buying real estate in foreign land (what)
Respect my genius, all my people Portishead (what)
Room full of cloaks and they count votes
Million man march and I'm taking notes (uh)
Made it to the top, you thought they saw a ghost (yeah)
Facing tax evasion, niggas sell they soul
So selling dope was the path we chose
And now it's boats and the Belair Rose (woo)
Rich niggas and it's set and stone (woo)
Neck rocky, Sylvester Stallone (woo)
See me in Capris or them Andes (huh)
Santorini, Greece with a dime piece (huh)
My money long, you know I'm out your reach (nigga)
Only fat nigga jogging on the beach (haha)
Versace underwear but see the ass crack (ha)
Oblivious to how rapid my cash stack
I'm a pistol toter, fuck I'm voting for? (Fuck 'em)
If I could, I'd drop a bomb, let's take 'em all to war (fuck 'em)
My favorite shorty out of Baltimore (yeah)
Every Chanel you know I bought it for her (I got that)
All the arguments she never called the law
I was never home but hid the money in the walls
Constant visits from the A.T.F
So I copped some cribs in the ATL
Martha Stewart decorated both (ha)
Snoop Dogg donated the smoke 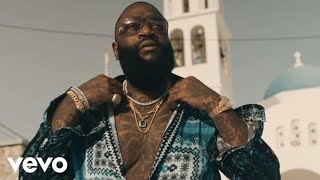 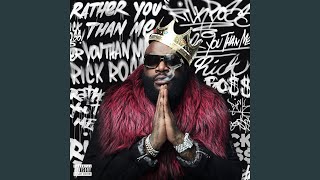 Rick Ross - Santorini Greece (Rather You Than Me) 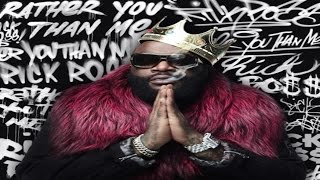 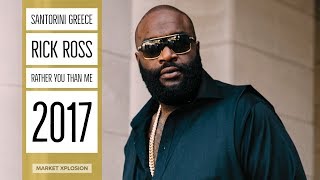 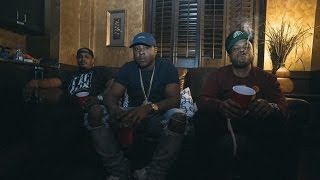 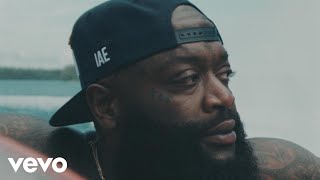