Yo, I'm here to make a dollar out of fifteen cents
And let my balls hang like I'm on a toilet takin a shit
My style is all that, and a big bag of chips wit the dip
Fuck all that sensuous shit
I represent intellectual violence
And leave your click holier than the Ten Commandments
Like Redman I shift with the ruck
If ya if was a spliff we'd be all fucked up (Word up!)
No need to ask you who is he, Son I get busy
Scuff my Timbs on the boulevard of many ruff cities (Chicago, LA, any of them)
I'll have to Norman Bate ya I love ta hate ya
Cause you'se a freak by nature
Can't wait to face ya, mutilate ya
Drink your style down straight wit no chaser (Word up!)
My verbal combat's like a mini-Mac to your back
As soon as one of you niggaz try to over react
The L.O.D. love good confrontation or vamp (Word up!)
Break your concentration, murder your camp
For the jealous, overzealous, we fellas
Blow the the spot like Branford Marsalis
Niggas coming through and acting wild
Y'all commercial niggas better have a Coke and a smile
I shot ya!

Yo, I conversate wit many men, it's time to begin again
Forgot what I already knew, hey yo you hear me friend?
Illuminati want my mind, soul, and my body
Secret society, trying to keep they eye on me
But I'm stay incogni', in places they can't find me
Make my moves strategically, the G.O.D.
It's sorta similar but iller than a chess player
I use my thinker, it coincides with my blinker
While you wondered what we saying on the records real
Yeah you motherfucking right kid you know the deal
My Mobb is Infamous just like the fucking title read
You get back slapped so hard make ya nose bleed
Some, kids feeling guilty bout the,
But you first baby girl so just face it (alright)
But anyway, back on the real side of things
My niggas sling cracks and wear fat diamond rings
Not only is it inside the songs that we sing (kid)
Everything is real not just a song that we sing (word up, it's real)
From my life to the paper (what), very accurately
Give you all of my two so maybe you can three
Prodigy will forever will S-H-I-N-E (shine baby, just shine)
My shit attract millions like the moon attract the sea
How dare you ever in your life walk past me
Without acknowledging this man as G-O-D
I shot ya fagot ass

Now who the fuck you think you talking to, I pay dues I spray crews
Look I'm Joey Crack, motherfuckers be like he's bad news
Running this racket, from New York to Montego
Slaughtering people, bring a ton of keys from Puerto Rico
I'd rather be feared than loved because the fear lasts longer
These bitch ass niggas know we stronger
Than these weaklings, seeking, for respect that ain't there
Knuckleheads beware, there's mad tension in the air
Tommy guns for fun, shotties for block parties
While fresh lead heats up your insides like a fifth of Bacardi
Call the ambulance, this man's wet
Bullets cut him down from the root up just like a Gillette
Razor, which I keep hidden in my oral
Ready to spatter, at any ad out, that wants to quarrel
These feds want me for some tax evasion
Now that the fact that somebody's getting lucci that's not Caucasian
Bullets be blazing through these streets filled with torture (what the deal pop)
Joey Crack, a.k.a. Kaiser Ceaser

Thug niggas give they minks to chinks
To' down we sip drinks rockin minks,
Flashing rings and things (what the deal)
Fronting hardcore deep inside the Jeep, macking
Doing my thing fly nigga you a Scarface king
Bitches grab ya ta-ta's, get them niggas for they cheddar
Fuck it, Gucci sweaters and Armani leathers
Flossing rocks like the size of Fort Knox
Four carats, the ice rocks, pussy banging
Like Versace locs pops (what the deal)
Want ta the creep, on the light raw ass cheeks
I'm sexing raw dog without protection, disease infested
Italiano got the Lucciano
I gets down fucking with Brown Fox extra keys to the drop
Boo I'm Jingling Baby, I got crazy Dominicans who pay me
To lay low, I play slow
Roll with the Firm, Mafiaso crime king pin
It all real nigga what tha deal
I shot ya!

What the fuck? I thought I conquered the whole world
Crushed Moe Dee, Hammer, and Ice-T's girl
But still, niggas want to instigate shit
I'll battle any nigga in tha rap game quick
Name the spot, I make it hot for ya bitches
Female rappers too, I don't give a fuck boo
Word, I'm here to crush all my peers
Rhymes of the month in The Source for twenty years
Niggas scared, I'm detrimental to your mental state
I use my presidential Rolex to be debate
Niggas fight, glock cocked ya temple gets fucked
MC's, that fuck with LL they gets bucked
That's real, what's up with that I Shot Ya deal?
Light shit, niggas slip now how the bullet feel?
New York appeal, in L.A. they gang bang
But if you touch a mic your motherfucking ass hang
That's facts, niggaz don't receive no type of slack
Cause if they do, they ass is always running back
Not this time, but next time I'ma name names
LL, shitting from on top of the game
I shot ya! 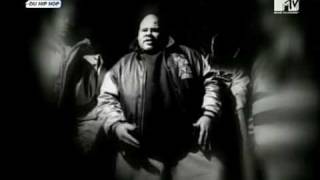 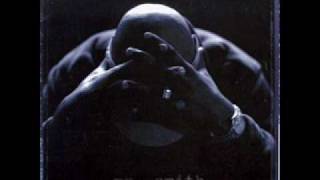 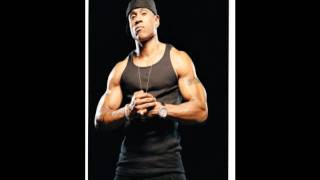 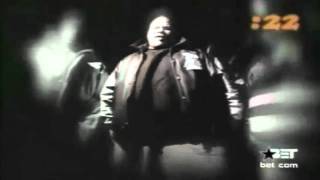 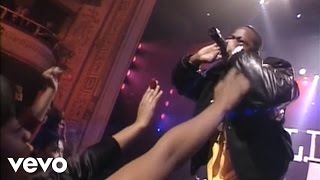 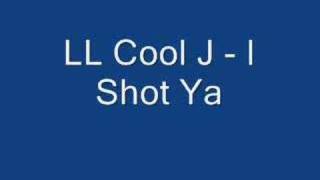