Close
Radio Radio
by Elvis Costello & the Imposters
on The Return of the Spectacular Spinning Songbook!!!
Lyrics
I was tuning in the shine on the light night dial
Doing anything my radio advised
With every one of those late night stations
Playing songs bringing tears to my eyes
I was seriously thinking about hiding the receiver
When the switch broke 'cause it's old
They're saying things that I can hardly believe
They really think we're getting out of control

Some of my friends sit around every evening
And they worry about the times ahead
But everybody else is overwhelmed by indifference
And the promise of an early bed
You either shut up or get cut up, they don't wanna hear about it
It's only inches on the reel-to-reel
And the radio is in the hands of such a lot of fools
Tryin' to anesthetize the way that you feel 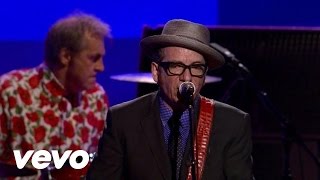 Elvis Costello and The Imposters - Radio, Radio/Everyday I Write The Book/Watching The Detectives 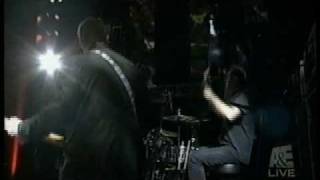 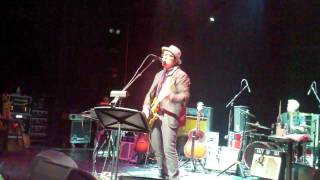 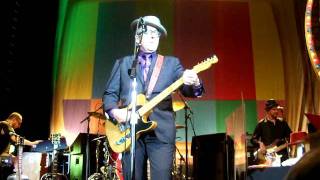 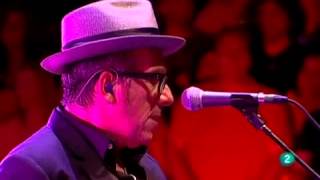