Close
Mr. Big
by 8Ball and MJG
on Comin' Out Hard
Lyrics
8Ball: Now, I was broke as a muthafucka, my life at the end see
My so called friends, they had no ends to lend me.
My job at Mickie Ds was fuckin me with no grease
I worked so damn hard, but the money, it never increased.
I quit my fuckin job, I had no job nigga
Put on the mask, get the gloc, it's time to rob nigga.
I hit the streets, but no victim had been chosen
Damn I was nervous, but my fear wouldn't stop my strollin.
Then all of a sudden, out of nowhere, I was struck
I felt the burn of bullets, so I knew I had got bucked.
Reachin for my tech, the bullets hit me in my chest
My eyes closed shut, and I thought I seen death.
I woke up at the med still woozy from my jackin
T-Money walked in and he told me what had happened.
I knew him from the hood, but I did not know him well
He drove a red jag, and I knew that he was bale.
He said he was rollin when he seen me in distress
He said he killed the muthafuckin niggas with his tech.
He offered me a job said he'd front me what I needed
I said that I was with it dreamin one day I would be..
Mr. Big!

8Ball: I hit the street slaning ya-yo, then I sold up my block
Sellin 8, sellin deals, sellin $20 rocks.
Sellin dimes, sellin nickels to the junkies on my tracks
Gettin my dick sucked with the crumbs from the crack.
Some fool tried to jack me, but he only had a knife
A clip full of hollow tips took the bitches' life.
Standin on the track, my mobile rung and it was T
"Hello?" -- "Yo Eight, be the fuck aroung 3" --"Aight!"
I met him at the park, he had a job for me again
Rob some Columbians, and get my ass in.
Hit for 30 birds, if I live, I'd get five
I smoked them damn Columbians, and then got what was mine.
All the time, my clientel rappidly increased
My bank got bigger, that's when bitches started jockin me.
Cars and clothes had me fuckin different hoes
A fat bank roll was keepin me cool with the 5-O.
I had niggas workin under me to take the heat
I never touched the dope, makin a 100 Gs a week.
I gained respect, I'm the biggest playa of all time
Don't ever fuck with me, cause I'm ...
Mr. Big!

8Ball: Chillin at the club with T-Money and J-be
Lil Adrian and Boo, and my nigga, MJG.
I had the bitches staring at the twinkle of my diamonds.
Drinkin on this Yak, makin my way to the back.
When I saw this little bitch lookin finer than the rest.
With a long black weave and a tight red dress.
I started conversatin, but she didn't want to talk to me
Straight up to the hotel room, now the bitch is suckin the
Dick of this nigga that is smarter than the bitch thank
Then she got up, now somethin in the air stank.
She went in the bathroom and locked the door behind her
I got off the bed and grabbed the tech from the dresser.
Stood by the door when it opened, niggas came out
Grab my muthafuckin gun, "Hey nigga!" *pow pow*
Then, I grabbed the girl cause some more niggas had busted in
Shot that bitch in the dome with my muthafuckin chrome
Shot up all the niggas, but I took one in the leg
When the cops busted in, I was laying on the bed.
Walked up out the room, did I go to jail?
Hell no! They can't stop me..
Long live Mr. Big Ho!!!! 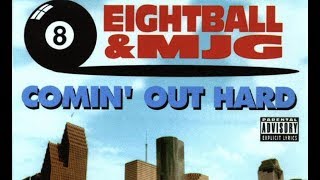 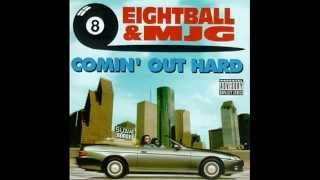 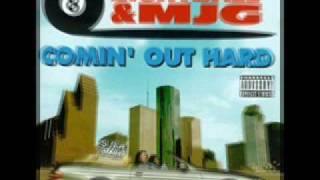 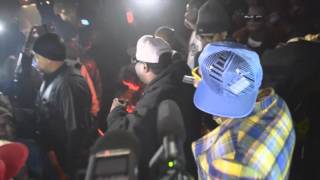 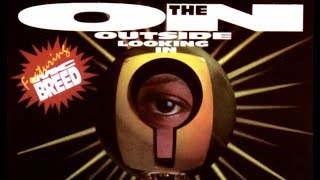 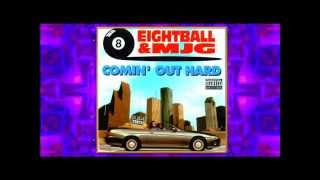 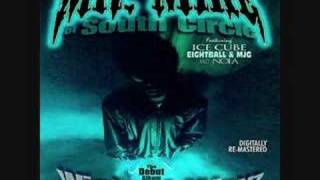