Close
Through The Wire
by Kanye West
on The College Dropout
Lyrics
I drink a Boost for breakfast, an Ensure for dessert
Somebody ordered pancakes, I just sip the sizzurp
That right there could drive a sane man berserk
Not to worry, Mr. H-to-the-Izzo's back to wi-zerk
How do you console my mom or give her light support
Telling her her son's on life support?
And just imagine how my girl feel
On the plane, scared as hell that her guy look like Emmett Till
She was with me before the deal, she been trying to be mine
She a Delta, so she been throwing that Dynasty sign
No use in me tryin to be lyin', I been trying to be signed
Trying to be a millionaire, how I used two lifelines
In the same hospital where Biggie Smalls died
The doctor said I had blood clots, but I ain't Jamaican, man
Story on MTV and I ain't trying to make a band
I swear this right here, history in the making, man

What if somebody from the Chi' that was ill got a deal
On the hottest rap label around?
But he wasn't talking about coke and birds
It was more like spoken word
Except he's really putting it down?
And he explained the story about how blacks came from glory
And what we need to do in the game
Good dude, bad night, right place, wrong time
In the blink of a eye, his whole life changed
If you could feel how my face felt, you would know how Mase felt
Thank God I ain't too cool for the safe belt!
I swear to God driver two wants to sue
I got a lawyer for the case to keep what's in my safe safe
My dawgs couldn't tell if I
Looked like Tom Cruise in Vanilla Sky, it was televised
There's been an accident like GEICO
They thought I was burnt up like Pepsi did Michael
I must got a angel
'Cause look how death missed his ass
Unbreakable, what you thought, they'd call me Mr. Glass?
Look back on my life like the Ghost of Christmas Past
Toys "R" Us where I used to spend that Christmas cash
And I still won't grow up, I'm a grown-ass kid
Swear I should be locked up for stupid shit that I did
But I'm a champion, so I turned tragedy to triumph
Make music that's fire, spit my soul through the wire

You know what I'm saying
When the doctor told me I had a um, I was goin' to have a plate on my chin
I said dog, don't you think didn't you realize I'll never make it on the plane now
It's bad enough I got all this jewelry on
Can't be serious man 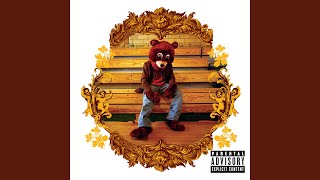 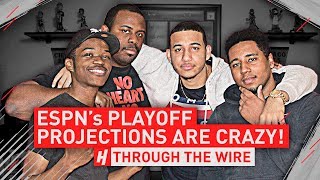 ESPN's Playoff Projections Are CRAZY | Through The Wire Podcast 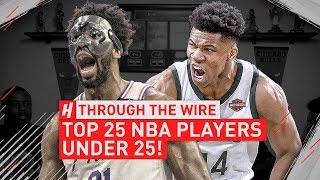 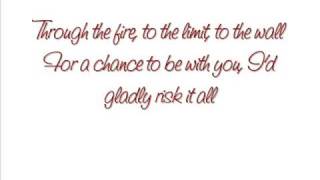 Kanye West - Through The Wire (+lyrics) 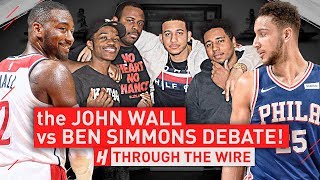 The John Wall vs Ben Simmons Debate | Through The Wire Podcast 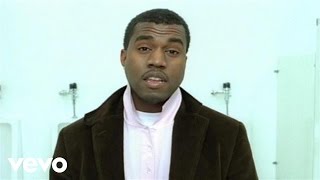