Close
Bullet The Blue Sky - Rattle & Hum Version
by U2
on Rattle And Hum
Lyrics
In the howling wind comes a stinging rain
See it driving nails
Into the souls on the tree of pain
From the firefly, a red orange glow
See the face of fear
Running scared in the valley below

Yeah, alright, hold you
See, this guy comes up to me
His face red like a rose on a thorn bush
Like all the colours of a royal flush
And he's peeling off those dollar bills
Lapping them down one hundred, two hundred
And I can see those fighter planes
I can see those fighter planes
Across the mud huts where the children sleep
Through the valleys and the quiet city streets
We take the staircase to the first floor
We take the key and slowly unlock the door
A man breathes into a saxophone
Through the walls we hear the city groan
Outside it's America, outside it's America

So I'm back in my hotel room
With John Coltrane and a love supreme
And in the next room I hear a woman scream out
Her lover's turning off, turning on the television
And I can't tell the difference between ABC News
Hillstreet Blues and a preacher on the Old Time Gospel Hour
Stealing money from the sick and the old
Well, the God I believe in isn't short of cash, mister
I feel a long way from the hills of San Salvador
Where the sky is ripped open and the rain pours
Through a gaping wound, pelting the women and children
Pelting the women and children
Run, run in to the arms of America

U2: Bullet the Blue Sky 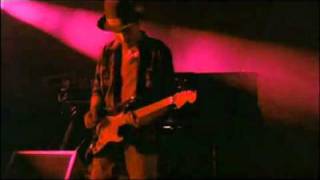 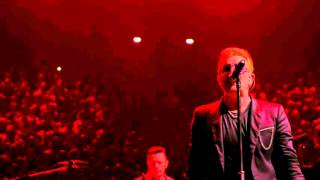 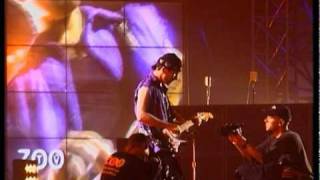 U2 - Bullet The Blue Sky (Zoo TV Live From Sydney) 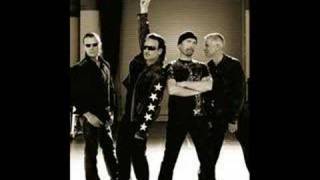