Close
Rock the Bells
by LL Cool J
on All World
Lyrics
L.L. Cool J. is hard as hell
Battle anybody I don't care who you tell
I excel, they all fail
I'm gonna crack shells, Double-L must rock the bells

You've been waitin' and debatin' for oh so long
Just starvin' like Marvin for a Cool J. song
If you cried and thought I died, you definitely was wrong
It took a thought, plus I brought Cut Creator along
Evened up with E-Love down with the Cool J. force
Symbolizin' in the rhymin' for the record of course
I'm a tower full of power with rain and hail
Cut Creator scratch the record with his fingernail
Rock the bells

The king of crowd rockers finally is back
My voice is your choice as the hottest wax
True as a wizard, just a blizzard, I ain't taken no crap
I'm rhymin' and designin' with your girl in my lap
The bass is kickin' always stickin' cause you like it that way
You take a step because it's def and plus it's by Cool J.
Cut Creator on the fader, my right-hand man
We rock the bells so very well cause that's the name of this jam
Rock the bells

Some girl's will like this jam and some girls won't
Cause I make a lot of money and your boyfriend don't
L.L. went to hell, gonna rock the bells
All you washed up rappers want to do this well
Rock the bells

Now I'm world-wide known, whether you like it or not
My one man band is Cut Creator a.k.a. Philpot
He'll never skip it, only rip it when he's on the fader
What's my DJ's name, Cut Creator
Now you know the episode who's on the wheels
He'll drive the cross fader like a cut mobile
So precise with a slice that you know he's greater
What's my DJ's name, Cut Creator
Now you know, what do you know, Earl roles the weed
I go to the store and get Old Gold
So all you crabby lookin' nappy headed girls get back
Cause there's a ten to one chance that you might get smacked
Rock the bells

The bells are circulatin' the blood in your veins
Why are girlies on the tip, L.L.'s your name
Cut Creator's good, Cool J. is good-good
You bring the wood pecker, I'll bring the wood
The bells are wippin' and rippin' at your body and soul
Why do you like Cool J., we like rock and roll
Cause it ain't the glory days with Bruce Springsteen
I'm not a virgin so I know I'll make Madonna scream
You hated Michael and Prince all the way, ever sense
If their beats were made of meat, then they would have to be mince
Rock the bells

So listen to the lines of rhyme, I rhyme on time
He'll cut the record in a second, make your DJ look blind
So all you jerry-curl suckers wearin' high-heel boots
Like ballerinas, what I mean is you're a fruit-loop troop
All you gonna-be(s), want to-be(s), when will you learn
Want to be like Cool J., you gotta wait your turn
Some suckers don't like me, but I'm not concerned
Six-g (s) for twenty minutes is the pay I earn
I'm growin' and glowin' like a forest blaze
Do you like Michael Jackson, we like Cool J.
That's right, I'm on the mic with the help of the bells
There's no delayin' what I'm sayin' as I'm rockin' you well
Rock the bells 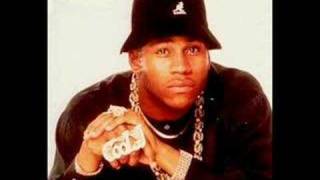 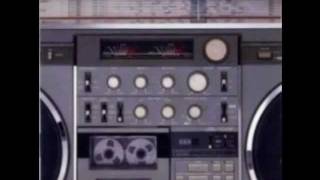 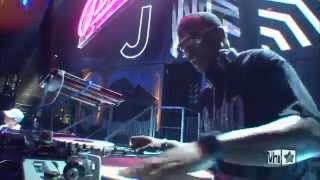