Close
War Ready
by Rick Ross
on Maybach Hustle
Lyrics
Sentence should now-now be pronounced
I'll ask that you stand for sentence, please
Mr. *** it is the sentence of the court
That your custody be committed to the department of corrections
For confinement of the *** state prisons
Without possibility of parole
For the remainder of your life
You may be seated

War ready
You got shooters, I've got shooters
We've got money
Let's do what them other niggas can't do
Mastermind
Nigga got a thousand guns, nigga
If money is power, nigga, then I've got millions of power, nigga
Fuck with me nigga, huh?

17 I was chargin' niggas 17
Ridin' clean, youngest nigga in the Medell'n
Bomber green, in that thang, in the middle lane
Did some thangs for my niggas which I can't explain
Versace slippers, 20 chains, bitch I'm Dana Dane
Put a patch over your eye, fuck with my petty change
Fuck what you heard, for that bird I'm a dirty nigga
Laid to rest by the one you thought was workin' with yah
War ready, the game just wanna take my life
War ready, pussy boy we all could die tonight
War ready, fast cash above the law
War ready, gas mask when them choppers talk

A coward dies a thousand deaths, a real nigga dies but one
21 gun salute out of the top of your drop top coupe
I know a lot of niggas gon' hate to see this
Yeah I wish Shake could see this
I'll never fall for what I stand for
This here for Nando
We could live today, blood, and die tonight, cuz

Box Chevy hit the block, run the whole 50 shots
You just poppin' 'til you know you can't pop 'em no more
We done came through the block and sold many color drops
And these mothafuckas think you can't drop 'em no more
All right, a nigga put some change on your head
Damn right, fuck around, clear my safe out
I got a few digi scales and a couple Denzels
And you mothafuckin' right, this a safe house
Give me the K and a shovel, I'll bury that nigga
Be his pallbearer, so I can carry that nigga
What you gonna hit him with, the Glock or the chop?
Look I wouldn't give a fuck if they were sharin' that nigga
You mothafuckas out here always talkin'
'Bout what another mothafucka said
Yeah I got that FNH when that mothafucka finna hostin'
I ain't out here to mothafuckin' play
Why these fuck niggas always cryin' 'bout somethin'?
Either you're livin' like a ho or you're dyin' 'bout somethin'
Try to let that Rollie breathe but it's hidin' in my sleeve
Like that motherfucker timid or shy about somethin'
Tomorrow ain't promised, nigga roll up that weed
Gotta stay strapped to live the life I lead
Start your own alphabet with all them G's
Open up a hundred doors with all them keys
Yeah we live for them coupes but we dyin' by the gun
Missed his court date, now my nigga on the run
Big shit poppin' in his pocket like a lighter
Shit bag leave a grown nigga in a diaper
Hangin' out the Rolls, on your mark, get set
Let it go, yeah hold that bitch steady
When that ritalin get to rushin' and them drums get to bussin'
Yeah I hope you pussy niggas war ready

Follow in my footstep, I was born to die a soldier
Nigga couldn't walk a mile, found him naked in the [?]
Shout out to the Vice Lords, shout out to my Blood nigga
Shout out to them GD's, where that Crip love, nigga?
Shout out to them dopeboys, owe it to the plug, nigga
I could die a thousand times, will never die a fuck nigga
Shoutout to my city, too, my clip hold a 62
Ridin' down on 63, rest in peace to [?]
Heroin and quinine
Cut that bitch a thousand times
Phone call said he need a brick
I text him back, "Come stand in line"
You went out of town so I had to wack your bitch
Never came back, pussy boy, go die a bitch

War ready
If you ain't ready to die about it
Don't even mention it to a nigga like me, baby
I went from nothing, nigga, to $60 million, nigga
Walking around in my motherfuckin' Belaire Ros? [?]
Evander Holyfield's estate, nigga
$25 million, nigga
$6 million in marble, $2 million in drapes
Another 5 in chandeliers
230 acres, nigga
That's just one of the many properties, nigga
War ready
And I'm down to die 'bout that
We gon' ride 'bout that
So you know we ready to slide 'bout that
Cut that check, nigga
Whatcha money like, huh?
It's hard to go to war with $70 million, nigga
Read the obituary, nigga
Print that motherfucker in [Italian?], nigga
What's a hassa?
What's a hassa?
That's you, haha
I'm not gonna kill you, though, haha
I'm not gonna kill you, though, haha
Hey Black, kill this motherfucker 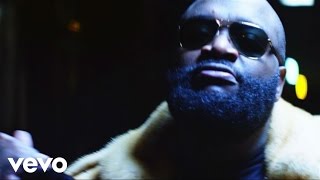 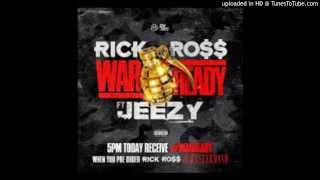 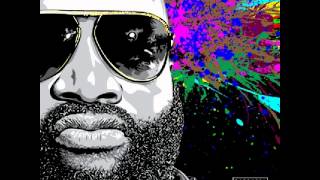 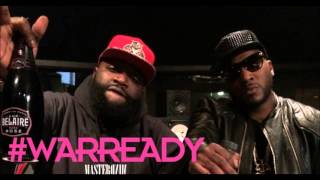 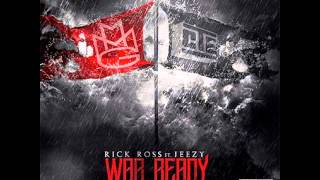