What's the reason for this celebration?
Man, ya look at all those people there
Hanging round this station
Say, what's the big event?

An essential train is coming
On track number one

Well, it's got to be the Pittzburg Pirates
No, it's more important, son
Is it the President?
No no no no
Brigitte Bardot?
No no no no
Then tell me who's about to arrive?
Ee-hee!
There he is now, Satch-a-mo and The Dixieland Five

Oh, look at them shuffling, shuffling down
A-rambling, scrambling over the town
Hustling, bustling, buzzing around
Never saw a bigger celebration

Oh, look at the train, a number seven-o-nine
Just a hugging and a-puffing
And arriving on time
Changing the town from dead to alive
Satchmo and His Five

We're gonna play that Muskrat Ramble tune
And Mr Bing, the moment that it's played
You lead us on the big parade
Altogether now, one and two
Join the happy throng
Everyone start mushing, swinging the Muskrat song
We'll be singing along

Oh, Mr Bing, when you sing, that's the thing we do enjoy

Well, Mr A, when you play, Gabriel say, Who that for?

Oh, that's the best parade I ever been on, Satch!

Natch! You are in New Orleans!

While we amble along 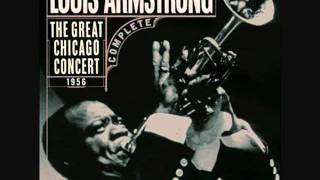 Louis Armstrong and the All Stars 1956 Basin St Bues Live 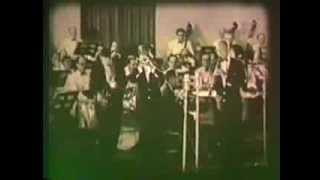 Louis Armstrong & the All Stars play with the NY Philharmonic 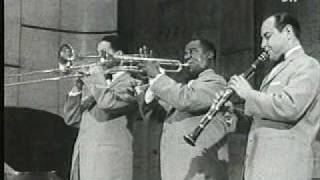 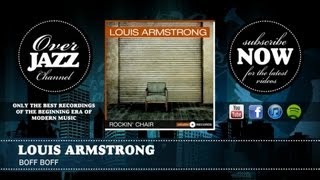 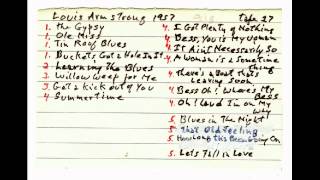