Close
Quit Hatin' the South (feat. Charlie Wilson & Willie D.)
by UGK
on UGK [UnderGround Kingz]
Lyrics
Uh, it's really goin' down in the South bitch
Yeah nigga, we know hip hop and rap
And all that shit started in the motherfuckin' East

Know I'm sayin'? So since y'all niggaz keep sayin'
We ain't real hip hop down here
We don't wanna be down with you bitch ass niggaz

So y'all stay up there with that bullshit
This country rap tunes down here nigga
Young Pimp, Young Bun, Underground Kingz

All the O.G.'s that's recognizin' the real
I got love for y'all but all you bitch ass niggaz
Talkin' down in ya records, you can eat a dick
Hold up

Pushin' cocaine, servin' pounds of weed
Steady stayin' on the grind
Pussy nigga can't say he ain't hatin' me
Because if you did, then you wouldn't be lyin'

But how in the hell am I supposed to respect the man?
That talk down on every song
You steady actin' like a bitch, you steady cryin' your eyes out
Say my name pussy nigga, we can get the shit on, on, ooh yeah

Well, it's been a long time my nigga, I shouldn't have left you
When I some real trill shit to go left to
Gotta lot of respect fool, for the ones before me
But when my time came they act like they ain't know me

I've been down with rap music since Cold Crush and Melle
Before MTV put Run-D.M.C. on the tele
Back when Whodini tried to tell ya about ya friends
Nigga I was givin' rap all my time and my ends

Bought damn near every record the motherfucker dropped
West coast gangsta music, East coast hip hop
Now it's our time to shine and the tables is turned
Them motherfuckers aggravated 'cause we gettin' some burn

There's no room for everybody, just a few niggaz is swole
Probably 'cause they favorite rappers ain't in control
But just let go of the past 'cause it's hurtin' your hands
And pass it over to the next generation of fans

I from the get coke but I'm still clockin' figures
Bitch hoe cock suckin' nigga
And that goes for all you visitors too
If you don't like it down here, get the fuck on fool

They say you can't rap and they questionin' our intellect
Friendly ass niggaz jumpin' bad on the Internet
Ain't nobody typin' that much can't be a danger
Catch you in person, bitch I'll break yo' fingers

It's some trash in the South but I promise you
From the East to the West, some of y'all garbage too
As long as the beat knock and the lyrics hot, son
I can give a rat's ass where a rap is from

I remember N.W.A. and PE
Had me feelin' like a rapper was the thing to be
You can't fuck with Willie D, UGK either
Disrespectin' the code, does motherfuckers neither

Quit hatin' the South, baby
We gettin' paper in the South, gettin' money

To all the radio, TV and even the press
Been hatin' on the Sizz-outh like we ain't impress
Y'all think we came in the place, say man we came in the state
Y'all shoulda listened to Andre, bitch we got somethin' to say

And all you washed up rappers, you ain't what it's about
I see y'all tryin' rap like us and puttin' grills in ya mouth
Y'all buy the beat, buy the beat like y'all bouncin' and twerkin'
But hoe we know what's goin' on and bitch that bullshit ain't workin'

I'ma O.G. Rock Ball, write my name up on the wall
Fuck yo' bitch and hit the switch and put my dick up in her jaw
I'm Sweet Jones, fucked a clone, legend on the microphone
Player's choice, silver Royce, keep yo' bitch's pussy moist

I'm bumped the school, that's how I do, sippin' drank, each teen night
In Benz, big blue lens, knock this bitch and fuck with her friend
Candy cart, squeeze 'em out, bought the ranch man fuck the house
And y'all still gotta buy y'all dope from us
So what the fuck you bitch niggaz talkin' 'bout?

Bitch ass nigga, it's ya own fault ya shit ain't sellin'
You reap what you sew and fuck you in ya pussy
Keep talkin' that shit
Them young gladiators go come get you too partner

Already, UGK for life, fuck how you feel about it bitch
Young Pimp 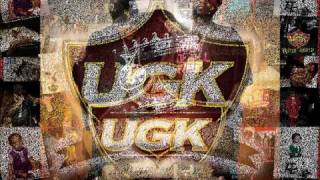 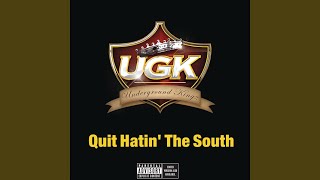 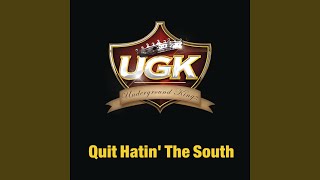 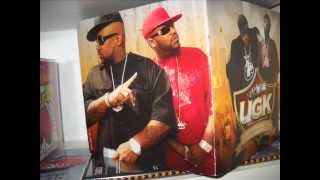 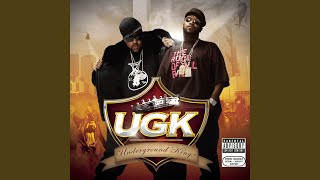