Close
Oh Shit
by The Pharcyde
on Bizarre Ride II The Pharcyde
Lyrics
Little Sally Walker, sittin' in a saucer
Oh, how I tossed that ass up
Like a mission in the woods, Woody Woodpecker would if he could
But I didn't want to pass it up
To the next man had my Walkman bumpin' on
The fifty yard line and my adrenaline pumpin'
Like a killer thriller driller tiller out with the Miller brew
Filler up, took it 'til the damn Dutch puked
Luke Skywalker ain't a sweettalker so I got ill
With my Lightsaber that came in one fancy flavor
My strange behavior led to an outburst
The night felt good but the day got worse
I thought I was alone, slim Tre the stowaway
With a brown-eyed bombshell that was dope enough to pay
I looked over my shoulder and my cover was peeled
By my whole school sayin "ooh" and I'm busted for real
(He came and went at the same time)

What to say the least
I'm so slick that they need to call me grease
'Cause I slips and I slides when I rides on the beast
Imani and your mom sittin' in a tree
K-i-s-s (i-n-g)
Yo, first comes the tongue
And then come the she my homey's m-o-m what (m-i-e)
Yo, and to think from day one in my eyes I show fear 'cause
I stepped into his house, his mom's grinnin' ear to ear
Gigglin' and winks for weeks
I would encounter from this female
She's sizin' me up for the kill
Oh what the hell is what I said to myself so that I wouldn't worry
I'm sittin' on the couch and wish Greg would please hurry up
She offered me a cup of ripple, broke out the titty
Squeezed her nipple, said, "Suck it if you like but please don't bite it"
I had an urge to say fuck it but I knew I had to fight it
Before I could say alakazam par dick ma wah
Flipped this old bitch in a doggie style
Greg walked in the room that nigga cold had a fit
But all this numbskull could say was, "Oh shit!"

One fine summertime Sunday evening
Crenshaw Boulevard was in full swing
Perfect example of how looks can be deceiving
Rolled up to what I thought was a pretty young thing
Rollin' in a purple samurai Suzuki dookie braids was an aid to her sex appeal
Dude, she was dope, man, real dope on the real
Well anyway I went toot toot she said hey beep beep
The next day rolled down to the beach, deuce deep
Me and my new Crenshaw cutie
Coolin' on the beach and now she's rubbin' on my booty
Suck suck suckin' on my neck like Dracula
But it wasn't all that spectacular (Why?)
'Cause everytime I tried to touch upon her tay-titty
She would be like quit b
Bitch was frontin' but I didn't say nothin'
Then all of a sudden as if someone pushed the button
I got a funny feeling like something was real wrong
Looked at her shoes and her feets was real long
Then it hit me, oh please God no
Don't let this ho turn out to be a John Doe
He pulled a fast one on me, yo
I guess that's one of those things that make you go, shit 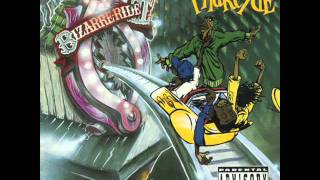 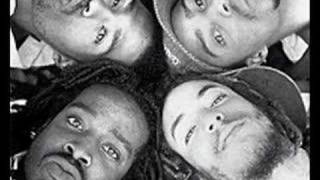 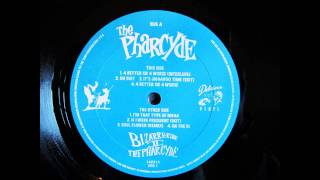 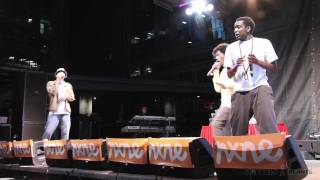 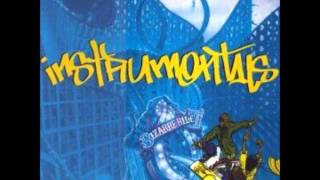