Close
U Don't Hear Me Tho'
by Rodney O, Joe Cooley
on Everlasting Hits: The Best of Rodney O. & Joe Cooley
Lyrics
But you don't hear me though
(Funk, funk, funky)

Muthafuckin punk
Look who's hangin out with the Falcons
Just because you're on top of the mountain
But what goes up, must come down, hoe

They didn't give a fuck about you years ago
So what you're gonna do when it's on sinkin
Muthafucka, you probably start drinkin
I don't know, but I'll never be a sucker's friend

Fuck O.P.P. and a sideshow
If you don't like it, here goes my middle finger
Rodney O's keepin one in the chamber
Who you're foolin, you puff, you prance, punk hoe
Back to the hood, fool, but you don't hear me though

Here I go with the flow, some dope stuff from Joe
Why don't you sit back, hey yo, and bob with the tempo
So what up, niggas? Yeah, I got the funky jam
Come up on your blindside - aw shit, here I am

I'm not down with the r&b, it make me sick
Seeing a crooner tryin to add a rap a little bit
You know what I'm talkin about, that shit's not real rap
They try to add the hip-hop flavor, and it's still wack

Rodney O, Joe Cooley got the gangster track
Comin off strong, we're not givin no slack
Kickin street shit cause I know it would stick
I got the hoochie mamas hummin on my dick

Sit back, rap lovers, and smile
The crew is about to entertain ya for a while
You love it, you like it, it's a straight up rap show
And to you r&b fans, you don't hear me though

Time for me to kick another fly funky verse
And if I die, put a sound system in my hearse
You don't hear me though, here's a title, bro
I'm callin money when I slam down my domino

Ugh - fever in the funk house
Yeah, and if you play, then you know what I'm talkin about
Who you're foolin when you say that you can fade the O?
I got a New York critic in a choke hold

He dissed my record cause he didn't like my vocals
Now I'm showin him the meaning of loco
I'm not friends with my peers, so I'm overlooked
I got the p-funk, fool, on a funky hook

I'm payin suckers back for all the years of dissin me
But now I'm rollin, and there ain't no stoppin me
Rodney O and Joe down with the psycho
Back to the hood, fool, but you don't hear me though

L.A.'s the place where the hardcore is happenin
That's the way it is, so that's the way we're rappin
Some New Yorkers don't know where we're comin from
And one had the nerve to try to diss Compton?

(Funk, funk, funky)
But you don't hear me though

Rodney O and Joe Cooley - But You Don't Hear Me Tho 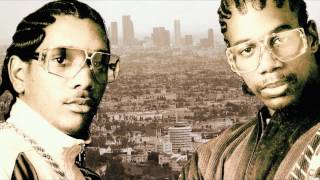 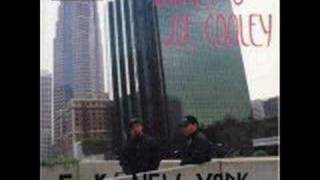 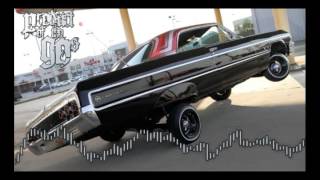 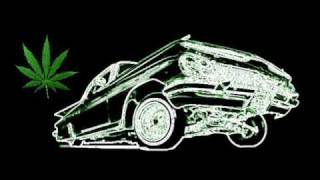 You Dont Hear me Tho - Rodney O & Joe Cooley