Everybody know my name ringin' bells
Ringin' bells like the hallway (uh-huh)
I ain't gotta cap in no mothafuckin' rap
I'll whip out and air it out broad day (mmm)
I got in with that stick, and I'm with that
Break a nigga in half like a Kit-Kat (uh-huh)
I been tryna be positive, mama (uh-huh)
They ain't fuckin' wit' Jonathan, mama (nope)
Who you know put they mothafuckin' self on the map
And now they don't owe nobody shit? (me)
I send one of my lil' niggas, come take you off
You get laid on the floor by a jit (ha)
Got pulled over with fifty-five K in my pocket (woo)
The police, they know I'm legit (woo, woo)
The police, they know I got sticks
They be worried about me, they know I'm a clique
These niggas, they know I'm a dawg
I ain't worried about him, I know he a bitch (meow)
The next nigga that come play with me
I'ma send him to go ask 2Pac for a pic, bitch
They say I'm the hottest new nigga
Go check the thermometer, that nigga sick (hot)
Nigga must have a fever or somethin'
Heard he was born up in Cleveland or somethin' (uh-huh)
Let me give you a history lesson
We moved back to Charlotte, 1999 (Okay)
I ain't sayin that none of that matter
'Cause if somebody touch me, then somebody dyin' (no cap)
Why he talkin' so calm when he say that? (huh?)
How he make 'em rewind and replay that? (yeah)
Who you know get a fade once a week and they tryna get waves?
Fuck a mothafuckin' wave-cap (uh-huh)
Every time that the DJ play "Suge"
Niggas throw up they arms like a mothafuckin' racetrack (let's go)
Every time that my baby girl see me
She run and say "Daddy", I love when she say that (mwah)
Every time I hit one of my moves
All the bitches go crazy, they like how I do that (let's go)
I keep one in the head, if I don't let off first
I'ma dive to the side when I shoot back
Yeah, I'm comin' like Blade in this bitch (ah)
Fuck around, and walked out in a trench coat
They gon' have to put me with the greats (uh-huh)
Wanna fuck with me, she gotta wait (bitch)
On the yacht, with me, me and the kids
There's four of us, we on the sea eatin' steak (yep)
I won't go back and forth with a shrimp
You goin out sad 'bout a hoe, I'm a pimp (ha)
He keep bumpin' his motherfuckin' gums
We gon put his ass up like a mothafuckin' blimp (bitch)
Like to talk on the pillow wit' hoes, that's gon' get him exposed
He a mothafuckin' simp (hold up)
You know he got that thang on him, baby
Quit askin' him why that boy walk with a limp (shh, shh, shh)
I don't care bout this mothafuckin' chain (uh-huh)
But I'll still bust your mothafuckin' brain (uh-huh)
Just got head on a mothafuckin' plane (no cap)
Ain't no cap in my rap, I'm the truth (ha)
End up fuckin' this hoe from the back
I knew her for a day, she on go, she the swoop (yeah, yeah, yeah, swoop)
And these niggas ain't livin' like that
Why he talkin' so gangsta? Your bro, he a fluke (fluke, fluke)
They know Baby gon' blow, he a flute (flute)
They know Baby gon' blow, he the bomb (boom)
They know Baby was just in Miami
Now he in L.A., nigga think he LeBron (ha)
They know Baby go baby on baby (Uh-huh)
But five years ago, nigga say he was John (keep goin')
I touch down at the front of the plane
And the driver come pick up my Louis Vuitton (them facts)
While he drive me around, I be blowin' out pressure
I'm chillin' backseat with the iron (bitch) 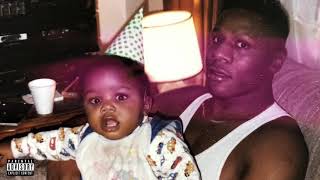 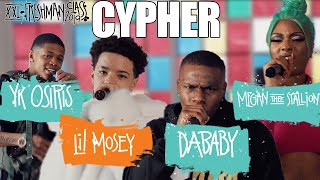 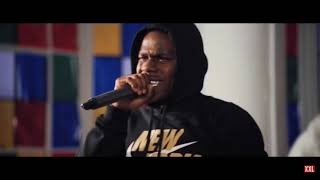 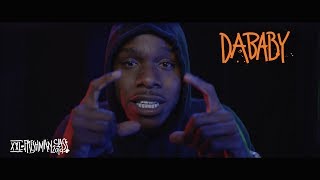 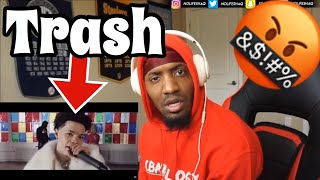