Close
Winter Warz
by Ghostface Killah
on Ironman
Lyrics
Yes the shit is raw, coming at your door
Start to scream out loud, Wu-Tang's back for more
Yes the hour's four, I told you before
Prepare for mic fights (and plus the cold war)

Yes the shit is raw, coming at your door
Start to scream out loud, Wu-Tang's back for more

A hundred thousand times one, snatch up my styles get done
I hold a title, and here's how my belt was won, check it
Slick majestic, broke mics are left infected
Germs start to spread through your crew through lack of effort
You asked for it, shot up the jams like syringes
My technique alone blows doors straight off the hinges
Masked Avenger, I appear to blow your ear like wind
With a freestyle, sharper than the Indian spear
So sit back and let the king explore
Describe me, the kid's nice and he holds swords
And his name, black attack's the nerve like migraines
With more gains than beggars on trains, livid sharp pains
Poisonous Rebel like Deck, you can't destroy this
You get ambushed, skate, try to avoid this
Side effects of, hot raps and hot tracks
A duffle bag full of guns son, dipped in black
My culture, glides and attacks just like a vulture
Ghostface in Madison Square is on your poster

Yes the shit is raw, coming at your door
Start to scream out loud, Wu-Tang's back for more
Yes the hour's four, I told you before
Prepare for mic fights (and plus the cold war)

Be on the lookout for this mass murderous suspect
That fills more body bags than apartments in projects
And as far as the coroners know
The autopsy show, it was a Shaolin blow
Put on by my family brought to the academy
Of the Wu and learned how to
Fuck up yo' anatomy, steadily, calm and deadly
Spatter-head lyrics I lick through your transmit
MC's submit to the will as I kill your
Juvenile freestyle, civilize the men-tal
Devils worship this like an icon
Bear-hugging mics with the grips of a python

Yes the shit is raw, coming at your door
Start to scream out loud, Wu-Tang's back for more

You heard other raps before but kept waiting
For the Son of Song, I keep dancehalls strong
Beats never worthy of my cause, I prolong
Extravangza, time sits still
No propaganda, be wary of the skill
As I bring forth the music, make love to your eardrum
Dedicated to rap nigga beware of the fearsome
Lebanon Don, Malcolm X beat threat
CD massacre, murder to cassette
I blow the shop up, you ain't seen nothing yet
One man ran, trying to get away from it
Put your bifocal on, watch me a-cometh
Into your chamber like Freddy enter dream
Discombumberate your technique and your scheme
Four course applause, like a black dat to dat
You're stuck on stupid like I'm stuck on the map
Nowhere to go except next show bro
Entertaining motherfuckers can't stop O
In battling, you don't want me to start tattling
All up on the stage cause y'all snakes keep rattling
Bitch, you ain't got nothing on the rich
Every other day my whole dress code switch
So just in case you want to clock me like Sherry
All y'all crab bitches ain't got to worry
Can't get a nigga like Don dime a dozen
Even if I'm smoked out I can't be scoped out
I'm too ill, I represent Park Hill
See my face on the twenty dollar bill
Cash it in, and get ten dollars back
The fat LP with Cappachino on the wax
Pass it in your thing, put valve up to twelve
Put all the other LP's back on the shelf
And smoke a blunt, and dial 9-1-7
1-6-0-4-9-3-11
And you could get long dick Hip Hop affection
I damage any MC who step in my direction
I'm Staten Island's best son fuck what you heard
Niggas still talking that shit is absurd
My repertoire, is U.S.S.R
P.L.O. style got thrown out the car
And ran over, by the Method Man jeep
Divine can't define my style is so deep
Like pussy, my low cut fade stay bushy
Like a porcupine, I part backs like a spine
Gut you like a blunt and reconstruct your design
I know you want to diss me, but I can read your mind
'Cause you weak in the knees, like SWV
Trying to get a title like Wu Killa Bee
Kid change your habit, you know I'm friends with the Abbott
Me and RZA Rob name printed in the tablet
Under vets, we paid our debts for mad years
Hibernate the sound, and now we out like bears
In Born Power, born physically, power speaking
The truth in the song be the pro-black teaching 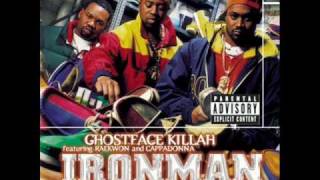 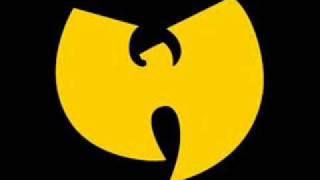 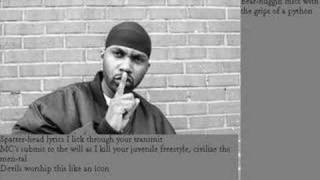 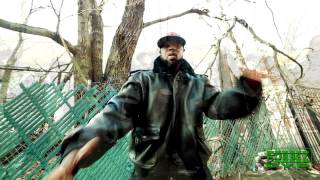 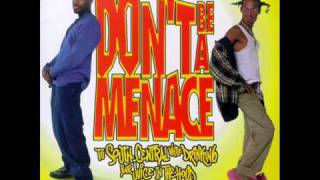 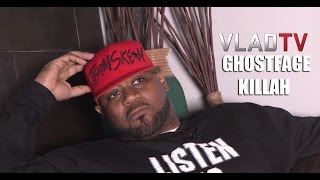 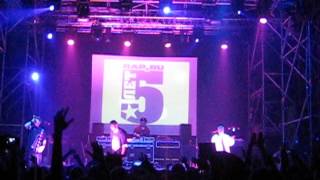