Close
It Gets No Rougher
by LL Cool J
on Walking With A Panther
Lyrics
Let me tell you somethin' about an a-b-c style
The a the be, the c the d the e the f the g the h the I the j the k
The l the m the n the o the p the q the r the s the t the you the v
W, x, y, z, it's bullshit to me

Rhyme to the rhythm of a or should I give a brother time
And move on, you better get another vick to work with, or quit
Cause I'm on some ol' L shit
Capable of murder but I never committed
Taking no shorts so you better forget it
Tracklin' the world on my tone deafen station, taught her
Supercalifalistic emcee excutioner
Wicked witch, diggin' your ditch
Givin' ya stitch by stitch, ain't this a bitch
Sweeter than lemonade, stronger than a hand-grenade
Rhymes are laid, go deeper than a mermaid
Louder than a siren, I'm not retirin'
Despirin', admirin' the way I'm gettin' fly and
I sees ecleptoes and I resent those
Brothers who slept on, when they shoulda kept on
Rollin' with rush it don't get no rougher
I stopper, huffer and puffer, a buffer, suffer
I was holdin' back the man superior, right?
You want to take my title, yo, you'll be alright
You stand below the plateau I stand on
You want my faction to put the man on
I Shake'n'Bake and break the laws of gravity
And if you chew on, you'll get a cavity
Cause I'ma giant, and you're a pee-wee
And all that LL shit, you can't see me
You're cheap and weak, incomplete and off-peak
Cause it gets no rougher
It gets no rougher

Yo man, you know how to take the order
A-B-C emcee's youknowhatI'msayin'?
Yo, cuttin' ain't no joke, yo L,
Release the juice on 'em

I release the juice smack dab in your face
Do damage, I'm pickin' up the pace
My mics' like a torch when I'm walkin' at nighttime
Straight to the dome, it's like a pipe-line
High speed, stronger than Thai-Weed
And before you pick up the mic to get fly
You need all the dope khaki's that you can feature
So I can serve you, you know the procedure
Listen to the man intellectualize, visualize
Your whole posse gettin' paralyzed
I don't want to hear no alibi's, don't apologize
ER-ERM-ERM, I 'll put the highs' in your eyes!
The bass in your face, like you ditch the attorney,
I'm on the case
With rhymes that'll hit ya, get ya and sit ya down
The competition is booty get the picture now?
Skip the record, my road, to get me-a-go
I'm figurin' yo, nigga you know
I won't allow, not now, no way, no how
Any form of disrespect, you better bow
Time gets rough to swamp I do it pump
In between my jaws adversaries got chomped
The cordless mic is my only utensil
Lyrics you be runnin', I break 'em like a pencil
Cause I'm massive, and you're a small fry
You're all in, a stunt, a fall-guy
Outta order I smolder blacks to make you SUFFER!!
Cause it gets no rougher, it gets no rougher

Shut up, the alley cats' got attention to get
And drop these L dope lyrics on ya,
The beat is pumpin', you know I'm sayin'?
Tell 'em

Let me ask you ask a question,
You could take the game of rap and rule it alone
Demonstrate many styles on the microphone
Build an empire like an African King
I had to show Apu Jack the Ripper could swing
I'ma rappers nightmare, I crush my opponents
There's only one title, I own it
Emcee's flip-flop, I bust out the workshop
They try to eve'sdrop, goin' to make rock
Aerodynamically, it's all automatically
The way I jiggly full of originality
Shay-shop 'em and stop 'em like a cheetah and an antelope
Then I cut 'em like a cantaloupe, on the table
They ain't able, I'm a legend, not a fable, gotta keep it stable
Crack your back bone, harder than grimstone
Doin' your justice overseein' like a chaperon
Huh, on the hip-hop scene, I got shit sewn up like a sewin' machine
Eat a rapper like a sandwich, leave 'em in a bandit
Crack the stage and leave the audience damaged

Yeah, get funky on that cut, get funky on it
(Yo, L, them lyrics is dope man you know I'm sayin'?
You better raw sick for years..) this how we do it dog
(Pump that good man, let's cut us some real, real somethin')
Yo, bust this

I'm kinda like a soldier, see I told ya
When I pick up the mic I'ma hold ya
Captive, a mack-tive, I'll make sure I'll track it
I'll speak a cell a sneak as your backs' gettin' weaker
I freak the beat and get shieker
Rule over King, you're too over-eager
You're tryin' to make a move for
I'ma prove you're ridiculous
I think he was jealous and in the mood for an ass-kickin'
When you mess with, the man with the plan
Mic in his hand and a fresh skit
R-O-U-G-H-E-R, rougher! So here we are
Face to face, mic to mic, man to man
While your battle ship is sinkin' in quicksand
Strappin' to the bottom like a two-ton anchor
And break, pull the rope, point blank, I'm a sniper
Rapper like a pack, step on 'em like a mack
My DJ Cut-Creator scratch a record like a cat
E at my side with pride who got a bigger rep
Shh, smoke the mic like a cigarette
Every puff is rough I pull, kill a bull
One toke, your crews' a joke
I run through rappers like runnin' through rubber holes is
Nigga, I'm comin' up roses
Step back, I got the title, bear-witness to a dope recital
I've killed many men my friend and I'ma do it again and again and again
Cause it gets no rougher

ll cool j it gets no rougher 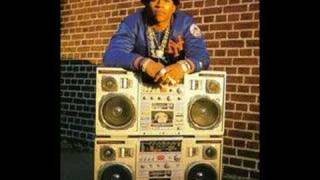 It gets no rougher 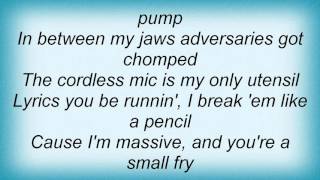 LL Cool J - It Gets No Rougher Lyrics 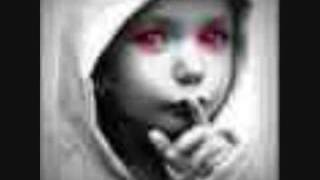 LL COOL J IT GETS NO ROUGHER 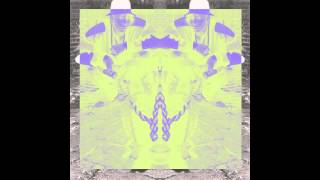 LL Cool J - It Gets No Rougher (MAGDA vs NYMA AlphareLLa) 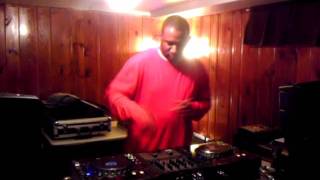 Dj Smitty It gets no rougher
Available here: