Close
Good Morning Britain [Laylow Posse Hypno-edit/vocal remix]
by Aztec Camera
on Stray
Lyrics
Jock's got a vote in Parochia
Ten long years and he's still got her
Paying tax and and doing stir
Worry about it later.
And the wind blows hot and the wind blows cold
But it blows us good so we've been told
Music's food 'til the art-biz folds
Let them all eat culture.

Chorus:
The past is steeped in shame,
But tomorrow's fair game,
For a life that's fit for living
Good morning Britain.

Twenty years and a loaded gun
Funerals, fear and the war ain't won
Paddy's just a figure of fun
It lightens up the danger.
And a corporal sneers at a catholic boy
And he eyes his gun like a rich man's toy
He's killing more than celtic joy
Death is not a stranger.

Taffy's time's gonna come one day
It's a loud sweet voice and it won't give way
A house is not a holiday
Your sons are leaving home Neil.
In the hills and the valleys and far away
You can hear the song of democracy
The echo of eternity
With a Rak-a-Rak-a feel.

From the Tyne to where to the Thames does flow
My English brothers and sisters know
It's not a case of where you go
It's race and creed and colour.
From the police cell to the deep dark grave
On the underground's just a stop away
Don't be too black, don't be too gay
Just get a little duller.

But in this green and pleasant land,
Where I make my home, I make my stand
Make it cool just to be a man,
A uniform's a traitor.
Love is international
And if you stand or if you fall,
Just let them know you gave your all,
Worry about it later. 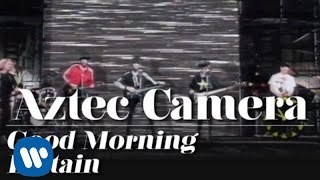 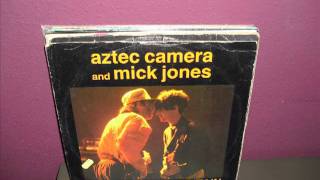