Not even five enforcement agencies can save their own
Never mind the people
Tonight it's raining on the Angels of the City (who got shot tonight?)
Did anyone prophesize these people?
Only Travis
Come in, Travis
"All the animals come out at night
Queens, fairies, dopers, junkies, sick, venal (who got shot tonight?)
Some day a real rain will come and wash all the scum off the streets"

(Who got shot tonight?) the city knows

"Thank god for the rain to wash the trash off the sidewalk
Listen you screwheads, here is a man who would not take it anymore
A man who stood up against the scum, the filth
Now I see clearly"

Wearing overalls and for once and for all
What is the dream?
I'll tell it
To live like they do in the movies?
San Juan, you listening?
Yeah, I bet you are
Hands up for Hollywood (hooray!), I hear you
Snappy on the air, hang in there, wall to wall
You saved the world, what else, you saved the girl
Chmpagne on ice, no stranger to Alcatraz to boot
Or strip it down, chop it a little
Being reasonable
Just freedom to move, to live
For women to take a walk in the park at midnight (who got shot tonight?)
Hey, but this is serious, she can't even get back home (who got shot tonight?)

Who shot the shot that popped the cop that chopped the cop and made him drop?
"One of these days, I'm gonna get myself organizized" 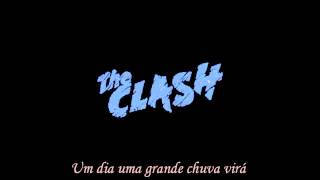