Close
Just Doggin'
by Tha Dogg Pound, Nate Dogg
on 2002
Lyrics
It's just another day in the hood for Kurupt, yeah, that's me

Got schooled by Snoop in a black Cherokee

Daz in the back, Warren G. in the front

Nice sack of chronic with some gin in a cup

Back up I stack up the weed

Tha Pound and the Row is my only friends

If you talk shit, I hit you hard as I can

You talk shit once but never again

Well, I'm back with the bubonic chronic sack for that ass

So all my doggs pack the back, laced his ass

To the fullest feeling I'm feelin you never could feel

While your mind is comin where your body is chill

As I mob with tha pound and my nigga Nate Dogg

Yo, saw y'all motherfuckers want to see like doggs

want to be like doggs, but can't compare to doggs

It's like one to the two, two to the three

In fact, I steps with a tech in the back

In the hood, ain't got no love, so I packs a strap

And I once knew a nigga named Dr. Dre

He hooked up with the niggas from the LBC

And now they fuckin up the whole rap industry

Well, check it out, and peep game on the one they call Dat Nigga Daz

An OG straight puttin it down for the Eastside(right)

But this is just a dove sack of dope

So till yo ass dopes this mo

Now, you can't see my mothafuckin homies from the CPT

And you can't see my mothafuckin doggs from the LBC

Check this flow, Hoover ain't the word to describe me, nigga

Bodies get battered for fuckin with the best dogg dump

With the tech-n-terror to fuckin chest start

Who you tryin to provoke(nigga) step up, get smoked nigga

Get the strap in the back I'm rollin and a bumpin

Murder in the first degree

I step with a tech, burst and flee

You'll find none worst than me

Take ya from a whole different angle

I step the clip in, bust a cap

Watch them fall flat on they back

So for tryin the techno

Respect I gets wrecked with a glock

And it just don't stop

I check every nigga known that's tryin to check me

I wreck microphones verbally, respect me

Oh, so I'm headed out the door

Now as I roll with Kurupt and my cousin Eastwood

On a mission up to no good

We don't love you bitch

After we finish diggin

Tha Pound's about that dollar and takin no shit

>From the busta ass niggas, Bell it out shit

Trick, recognize game when it slaps your face

See I ain't no fzzzake, I take you to the next stzzzage

One time can't trzzzace, now why you punk twice

Now, you've been sleeping on the desk for a long time

Waitin for the nigga to come bust a dogg rhyme

So motherfuckers throw your hands in the air

And get your proper groove on like you don't care

See I don't love them hoes

Keep my mind on my money, that's just how my money flows

How, I thought you knew, but now you know 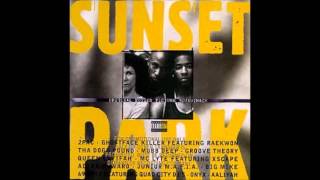 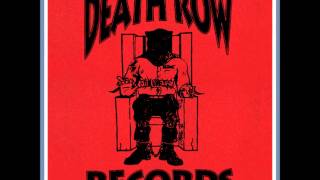 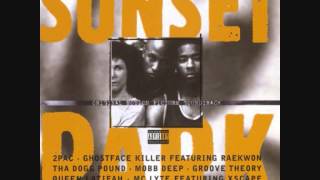 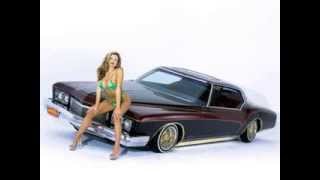