Close
Meridian Leeward [Alternative Version][Alternate Take
by The Nazz
on Nazz Nazz/Nazz III: The Fungo Bat Sessions
Lyrics
I'm a human being now but I used to be a pig
'Til they shortened up my nose
And they made me wear a wig
I'm afraid the things on piggy farm
Will never be the same
Since they picked me for this job
And they stuck me with a name
It's a name, it's name,
Who ever heard of a pig with a name like

Meridian Leeward - that's my name
I fly around the sky in a big jet plane
I'm a flash ace pilot, got my name on the wing
I hang around with people
And they don't suspect a thing
You look like a person but you know you're a pig

I'm not afraid of dying
From some mad man's gun or knife
When I was still a piggy, dying was a way of life
I'm not a piggy anymore and I don't share that dread
The other day for breakfast I ate half of Uncle Fred
I wonder who ate the other half of Fred? 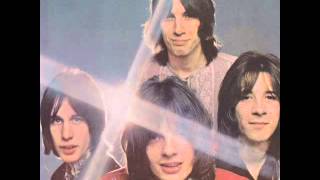 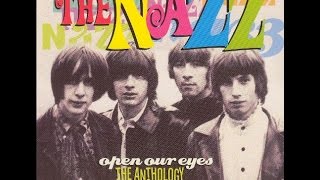 The Nazz Open Our Eyes: The Anthology ( Disc 2)

HOW CAN YOU CALL THAT BEAUTIFUL - THE NAZZ #Pangaea's People