Close
Felix Slatkin
from St. Louis, MO
December 22, 1915 - February 8, 1963 (age 47)
Biography
Among the most consummate of studio musicians, Felix Slatkin achieved fame for his violin performance, directing recordings of both standard symphonic fare and appealing arrangements of light music, and for being the leader of a string quartet fondly remembered as one of the finest of its time. Through his affiliation with Capitol Records, he and his wife, Eleanor Aller (cellist with Slatkin's Hollywood String Quartet), were afforded the economic base to pursue performance in areas notoriously unprofitable. Slatkin's death from a heart attack in 1963 caused genuine upset in the Hollywood/Los Angeles studio music world: by that time, he had become all but irreplaceable.

Slatkin began his music studies when he was six years old in St. Louis with Sylvan Noack. Later, he worked for a year with violinist Isadore Grossman before winning a scholarship to the Curtis Institute of Music at age ten, where he studied violin with Efrem Zimbalist and took conducting classes with Fritz Reiner. Although he began to acquire a positive reputation as a soloist with major orchestras, he elected to join the St. Louis Symphony when he was 17, soon becoming assistant principal and forming a chamber ensemble of young musicians. In 1935, he won a competition whose first prize included a guest performance with the Hollywood Bowl Symphony Orchestra. During this period, he met his future wife. After his Hollywood appearance, Slatkin decided to move to Los Angeles and take up the role of studio musician. He was hired as principal violinist of the 20th Century Fox Orchestra, beginning an involvement with the Southern California music milieu that would last the rest of his life (by that time, many prominent composers and solo artists had made their home in the area). In 1939, Slatkin and Eleanor Aller married. She had just become first cellist at the Warner Brothers Studios and soon thereafter, the couple formed the Hollywood String Quartet, drawing in two other studio musicians, violinist Joachim Chassman and violist Paul Robyn. Beginning in 1941, Slatkin served as conductor of the Army Airforce Tactical Command Orchestra stationed at the Santa Ana Air Force Base and, as Aller later commented, "There went the quartet!" When Slatkin was released from service in 1945, he resumed his position as concertmaster at Fox Studios and the quartet regrouped. Paul C. Shure, assistant Fox concertmaster, replaced Chassman, and in the ensuing years, the members worked tirelessly to become America's premier string quartet, and were the first to see their reputation made by recordings. These recordings, including works from Beethoven to Schoenberg, have been made available again on the Testament label and confirm every aspect the quartet's stature. The quartet's luxuriant sound attracted listeners beyond the classical audience; Frank Sinatra chose to record with the group, also relying on Slatkin for musical direction. For Capitol Records, Slatkin made more than two-dozen recordings with the Hollywood Bowl Symphony Orchestra and his own Concert Arts Orchestra, including a Grammy-winning disc devoted to Offenbach's Gaîte Parisienne. For Liberty Records, he contributed a dozen-plus discs in the "Fantastic" series (Fantastic Strings, Fantastic Brass, Fantastic Percussion of Felix Slatkin, and more). Slatkin's sons have also achieved renown: Leonard Slatkin as a world-class conductor and Fred Zlotkin (using the original spelling of the family name) as a cellist. ~ Erik Eriksson, Rovi 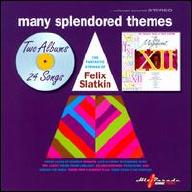 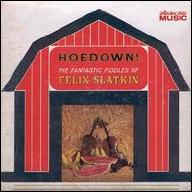 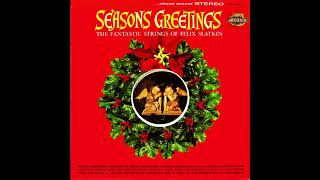 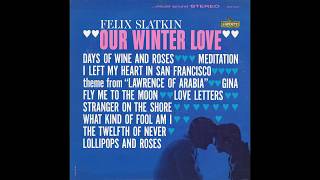 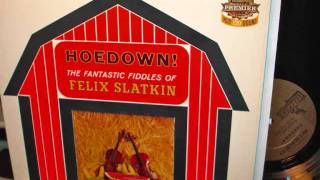 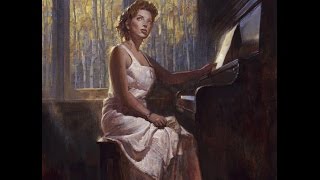 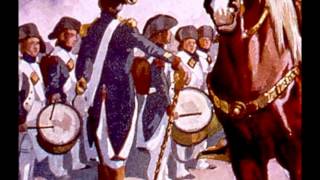 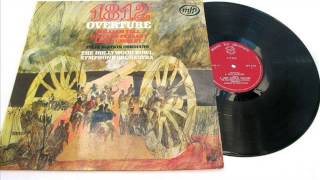