Close
Larry Harlow
from Brooklyn, NY
March 20, 1939 - August 20, 2021 (age 82)
Biography
Larry Harlow was among the legends to emerge from New York's Fania Records, Latin music's label extraordinaire. During a career that spanned more than 60 years, he played many roles. The producer of 260 Fania singles and albums, and musical director of the Fania All-Stars, he recorded many sets under his own name, and with Orchestra Harlow, which featured some of the salsa era's greatest musicians. He cut Heavy Smokin', his Fania debut, in 1965 and released Orchestra Harlow Presenta A Ismael Miranda in 1968, helping usher in the salsa dura (hard salsa) movement of the 1970s. Though the decade was a turbulent one for Latin music, Harlow's Tribute to Arsenio Rodriguez in 1971 served to unite both contemporary and traditional factions of the Latin music community. He wrote and recorded Hommy: A Latin Opera, which was performed at Carnegie Hall in 1973, while his ambitious suite La Raza Latina, a history of Latin music with singer/songwriter Rubén Blades, appeared in 1977 and was nominated for a Grammy. In 1980 he issued the seminal Our Latin Feeling with Junior Rodriguez. 1991's My Time Is Now was celebrated globally, and in 2010, Harlow led the crusade for the creation of the Latin Grammy awards. His final album, 2016's Passing the Torch (in collaboration with pianist, composer, and producer Marlow Rosado), won critical accolades across the U.S. and Latin America.

Harlow, whose affectionate and respectful nickname across the Latin music scene was "El Judío Maravilloso" ("The Marvelous Jew), was born Ira Kahn in Brooklyn in 1939. His first musical influences were his parents. His mother, Rose Sherman Kahn, was an opera singer, his father, Nathan, was a bass player and bandleader who used the stage name Buddy Harlowe. Larry began piano studies at the age of five. He soaked up further musical influences by hanging out backstage at the Latin Quarter a Manhattan club where his father led the house band.

Though Harlow had been exposed to Latin music when his father's bands played mambos at Catskill resorts, Harlow's first desire was to become a jazz pianist. In fact, Latin music was barely on his radar until he attended Manhattan's Music and Art High School where he studied and excelled on oboe, flute, violin, bass, and the piano. While walking to and from school through Latino neighborhoods, he heard Latin recordings of Perez Prado and Tito Puente pouring from the bodegas he passed. These recordings captivated him due to their rhythmic and harmonic complexities and improvisations.

In 1957 after graduating high school, he went to Havana and began an intensive study of Afro-Cuban music, from the West African liturgical repertoire to popular dance styles including rhumba, mambo, and son montuno. He recorded everything with his tape machine. He returned to the U.S. during the Cuban Revolution and started his own Latin band. At the 1964 World's Fair (held in Flushing, Queens), Harlow played piano for Johnny Pacheco's conjunto band before creating the Larry Harlow Orchestra. Heavily influenced by the Arsenio Rodriguez sound, Harlow modernized it and was hailed a disciple of "El Ciegito Maravilloso" ("The Marvelous Blind One") and was himself dubbed "El Judio Maravilloso" ("The Marvelous Jew"). He quickly made a name for himself and was signed to the new Fania Records label by Jerry Masucci. His debut album, Heavy Smokin', showcased the explosive trumpet/trombone sound that became the hallmark of contemporary salsa bands. He was also the first to introduce the sacred batà drums of the Yoruba religion in Cuba (Santeria) to secular Afro-Cuban dance music in N.Y.C. Harlow eventually became an initiate of Santeria and was baptized as a child of Ochun, the Yoruba deity of the river, shekere, and love. Heavy Smokin' proved radical in another way, too. Though Felo Brito -- formerly with Charlie Palmieri -- was lead vocalist, Harlow's girlfriend Vicky Berdy sang backing vocals, breaking a taboo in Afro-Cuban music. While 1967's Gettin' Off (Bajandote) and El Exigente also did well juxtaposing son montuno with rhumba, guajira, and boogaloo, it was 1968's Orchestra Harlow Presenta A Ismael Miranda that broke through to proto-salsa audiences, garnering radio play on Latin stations across the United States and Caribbean. In 1969 he issued Electric Harlow. Using an electric piano on some cuts, punters have credited it as one of the first Latin funk recordings. He also released Me and My Monkey, that featured a Latinized version of the Beatles' "Everybody’s Got Something to Hide Except Me and My Monkey. The set was a hit and netted Harlow his first gold record.

Harlow was party to the battle raging between modern and traditional Latin music fans and musicians. For the bandleader, they were part and parcel of the same whole. After Arsenio Rodriguez's death on New Year's Eve in 1970, Harlow decided to build a bridge between these worlds. He moved the Latin music world with his Tribute to Arsenio Rodriguez. It worked. The set was embraced by most Latin music fans. Harlow, Fania's first official in-house producer and A&R man, wrote the opera Hommy (inspired by the Who's Tommy). An immediate success, it was performed at Carnegie Hall and was credited for Celia Cruz's return from retirement. That same year, Harlow served as first pianist in the Fania All-Stars. He convinced Masucci and his business partner Johnny Pacheco to financially back and promote director Leon Gast's 1972 documentary Our Latin Thing (Nuestra Cosa), about the popularity of Latin music in N.Y.C. It was filmed Manhattan's Cheetah nightclub. One of its highlights featured Orchestra Harlow performing "Abran Paso" with a very young Ismael Miranda up front. That same year, the Fania All-Stars' Live at Yankee Stadium was released, showcasing a sell-out concert at the venue. The album is universally considered a salsa classic; it influenced three succeeding generations of musicians.

In 1974, Orchestra Harlow released the classic Salsa with Junior González on lead vocals (though Miranda was still with Orchestra Harlow). Recorded in two sessions during the fall of 1973, it included a cover of Rodriguez's "La Cartera," a tune Harlow played live for the rest of his life. The charting El Judío Maravilloso followed in 1975. The group issued seven more albums before the end of the '70s, including the acclaimed La Raza Latina: A Salsa Suite in 1977. It is an ambitious history of Latin music as a musical genre co-created with singer/songwriter Rubén Blades and was nominated for a Grammy Award. During this period, Harlow was also busy signing artists to Fania, as well as working on dozens of productions including the revolutionary Latin Fever by a band of the same name with three female vocalists.

In 1980, Harlow and Junior González collaborated on the hit album Our Latin Feeling (Nuestro Sentimeinto Latino). He also scored with Yo Soy Latino and 1984's Señor Salsa, which contained no less than three club hits including "Estare Enamorado." In 1988, he teamed up with his flutist brother Andy Harlow (who issued a handful of records Larry produced for Fania) entitled The Miami Sessions.

After releasing the globally acclaimed My Time Is Now in 1991, Harlow formed the Latin Legends Band with singer David Gonzalez Ray Barretto, Adalberto Santiago, and cuatro guitar virtuoso Yomo Toro, to educate Latino and American youth about Latin music's heritage and for pioneering new ideas in music. With a revolving cast of singers and players (including Pete Rodriguez and Dave Valentin), they released Larry Harlow and The Latin Legends Band in 1998.

In 2000, Harlow was inducted into the International Latin Music Hall of Fame and in 2002 -- one year after the release of Latin Legends Band's classic Sofrito! -- and was presented with the Beny Moré Memorial Award by the same organization. In 2003 Larry Harlow's Latin Jazz Encounter issued an audio and video document titled Live at Birdland, offering Latin jazz reads of many of his salsa hits. In 2005 he played piano on Mars Volta's "L'Via L'Viaquez" off Frances the Mute, and appeared with them live at New York's Roseland Ballroom. A year later, his Latin Legends of Fania released a self-titled live album. In 2008 he was presented with the Latin Grammy Trustees Award. Harlow continued to perform live with his Latin Legends of Fania through 2016 when he released his final album, the acclaimed Passing The Torch in collaboration with arranger, composer, and bandleader Marlow Rosado. That year he also received the Legacy Award at the annual La Musa Awards.

Larry Harlow died on August 20, 2021 from a heart attack while hospitalized for kidney disease; he was 82 years old. ~ John Bush & Thom Jurek, Rovi 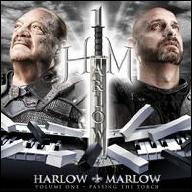 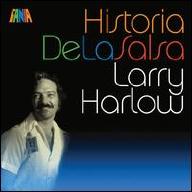 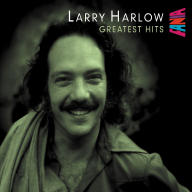 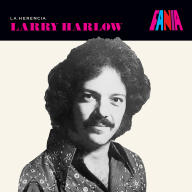 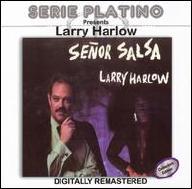 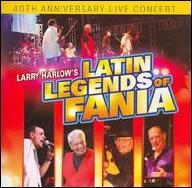 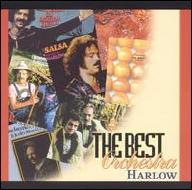 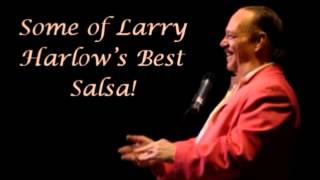 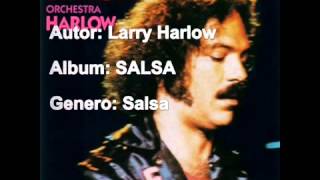 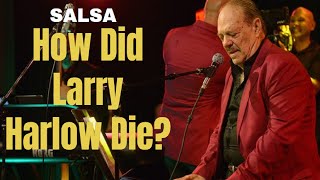 How Did Salsa Larry Harlow Die? 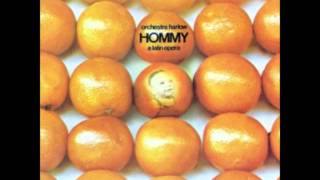 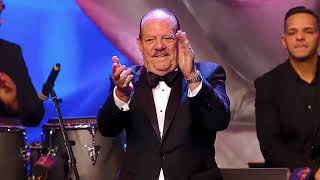 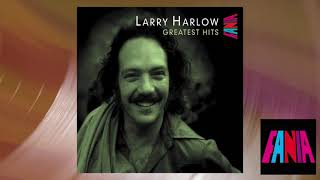 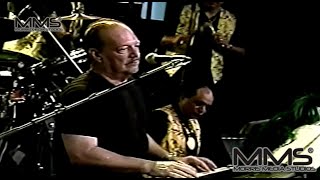