Close
The Flaming Lips
from Oklahoma City, OK
formed January 1, 1983 (age 38)
Biography
Even within the eclectic world of alternative rock, few bands are as brave, as frequently brilliant, and as deliciously weird as the Flaming Lips. From their beginnings as Oklahoma outsiders to their mid-'90s pop-culture breakthrough to their status as one of the most respected groups of the 21st century, the Lips rode one of the more surreal and haphazard career trajectories in pop music. After years in the underground, a major-label deal scored during the early-'90s alt rock craze gave them a bigger platform for their mix of psych, noise-rock, and bubblegum melodies, and their 1993 album Transmissions from the Satellite Heart spawned the unlikely Top 40 hit "She Don't Use Jelly." At the turn of the century, they delivered a pair of lush and heartfelt masterpieces with 1999's The Soft Bulletin and 2003's Grammy-winning Yoshimi Battles the Pink Robots. Later, they took their experimental and pop impulses in wildly different directions, collaborating with Miley Cyrus and Kesha, issuing an expression of existential dread with 2013's The Terror, and exploring the loss of innocence on 2020's American Head. Throughout it all, their off-kilter sound, uncommon emotional depth, and one-of-a-kind history firmly established them as true originals.

The Flaming Lips formed in Oklahoma City in 1983, when founder and guitarist Wayne Coyne enlisted his vocalist brother Mark and bassist Michael Ivins to start a band. Giving themselves the nonsensical name the Flaming Lips (its origin variously attributed to a porn film, an obscure drug reference, or a dream in which a fiery Virgin Mary plants a kiss on Wayne in the back seat of his car), the band made their live debut at a local transvestite club. After progressing through an endless string of drummers, they recruited percussionist Richard English and recorded their self-titled debut, issued on green vinyl on their own Lovely Sorts of Death label in 1985.

When Mark Coyne departed to get married, Wayne assumed full control of the group, becoming the primary singer and songwriter as well as lead guitarist. Continuing as a trio, the Lips released 1986's Hear It Is, followed a year later by Oh My Gawd!!!...The Flaming Lips. While touring in support of the Butthole Surfers, they played Buffalo, New York, where they were befriended by concert promoter Jonathan Donahue; after a jam session with Donahue's nascent band Mercury Rev, he and Coyne became close friends, and Donahue eventually signed on as the group's sound technician.

After recording 1988's difficult Telepathic Surgery, English exited, reducing the Lips to the core duo of Coyne and Ivins; after adding drummer Nathan Roberts, Donahue adopted the name Dingus and became a full-time member in time to cut 1990's stellar In a Priest Driven Ambulance while simultaneously recording the brilliant Mercury Rev debut Yerself Is Steam. In a Priest Driven Ambulance also marked the first time the band worked with longtime producer Dave Fridmann, and highlighted the more experimental, expansive side of the Lips' music. Warner Bros. signed the Lips in 1991, and their major-label debut, Hit to Death in the Future Head, arrived in 1992 after clearing a sample from Michael Kamen's score to Brazil for use in the song "You Have to Be Joking (Autopsy of the Devil's Brain)" delayed its release. Donahue soon left to focus his full energies on Mercury Rev, followed by the departure of Roberts.

With new guitarist Ronald Jones and drummer Steven Drozd, the Flaming Lips cut 1993's sublime Transmissions from the Satellite Heart, which they supported by playing the second stage at Lollapalooza and touring the nation in a Ryder truck. Initially, the album stiffed; however, nearly a year after its initial release, the single "She Don't Use Jelly" became a grassroots hit, and against all odds, the Flaming Lips found themselves on the Top 40 charts. They took full advantage of their 15 minutes of fame, appearing everywhere from MTV's annual Spring Break broadcast to an arena tour in support of Candlebox to a memorable, surreal, lip-synced performance on the teen soap opera Beverly Hills 90210, where supporting character Steve Sanders (portrayed by actor Ian Ziering) uttered the immortal words, "You know, I've never been a big fan of alternative music, but these guys rocked the house!" After the 1994 release of a limited-edition sampler of odds and ends titled Providing Needles for Your Balloons, the Lips returned in 1995 with Clouds Taste Metallic, a diverse collection highlighted by the singles "Bad Days" (also heard in the film Batman Forever), "This Here Giraffe," and "Brainville."

In 1996, the Lips' world went haywire. Jones left the band; Ivins was the victim of a bizarre hit-and-run accident after a wheel came off of another vehicle and slammed into his car, trapping him inside; Coyne's father died, and Drozd's hand was almost needlessly amputated due to an abscess. But by the following year, the band was back in the studio as a trio, recording 1997's Zaireeka, a wildly experimental set of four discs designed to be played simultaneously. A previously unreleased track, "Hot Day," also appeared earlier that year on the soundtrack to Richard Linklater's film SubUrbia. A Collection of Songs Representing an Enthusiasm for Recording...By Amateurs, a retrospective of their Restless label material, followed in 1998.

In 1999, the Flaming Lips returned with The Soft Bulletin. Featuring co-production by Fridmann, its lush arrangements and heartfelt songs made it a breakthrough for the band. After a three-year absence from the shelves, 2002 brought several new releases, including a two-volume retrospective of the Restless years and the group's tenth album, Yoshimi Battles the Pink Robots. Named after and featuring Boredoms' Yoshimi P-We, the album won the group even more popular and critical acclaim than The Soft Bulletin. The band won a 2003 Grammy Award for Best Rock Instrumental Performance for the album's final track "Approaching Pavonis Mons by Balloon (Utopia Planitia)." The release was certified gold in the U.S. in 2006, and later spawned a Broadway musical. The Lips kept busy over the next two years by touring and working on their movie Christmas on Mars.

They returned to the studio in 2004 and spent much of 2005 recording; that year, the Flaming Lips documentary The Fearless Freaks and their VOID video collection arrived, whetting fans' appetites for the band's 2006 album, At War with the Mystics, which boasted a more guitar-oriented sound and more political lyrics than the Lips' previous albums. Once again, the band won the Grammy Award for Best Rock Instrumental Performance as well as a Grammy for Best Engineered Album, and were nominated for a Grammy for Best Alternative Album. One year later, the band's seven-years-in-the-making film Christmas on Mars made its debut at the Sasquatch Festival in George, Washington; late that year, the movie and its soundtrack were released as a CD/DVD set. During 2007 and 2008, the Lips began working on the follow-up to At War with the Mystics, taking a looser, rawer approach than they had in years. The results were released as Embryonic in October 2009, which became the band's first album to debut in the Top 10 of the Billboard Albums chart. That December, the band released their remake of the Pink Floyd classic Dark Side of the Moon. The Flaming Lips worked with several different artists on the latter album, which was billed as The Flaming Lips and Stardeath and White Dwarfs with Henry Rollins and Peaches Doing the Dark Side of the Moon. That year, Oklahoma made the band's hit "Do You Realize??" the state's official rock song.

The band continued to shy away from full-length releases for the next couple years, opting instead to work with a number of collaborators on various limited-edition EPs. Working with artists like Neon Indian, Prefuse 73, and Lightning Bolt, the Lips released tracks over the next couple of years in various nontraditional formats including USB keys embedded in gummy skulls, limited-edition vinyl, and candy fetuses. In 2012, the band collected songs from their previous collaborations as well as new material recorded with Kesha, Bon Iver, and Erykah Badu on The Flaming Lips and Heady Fwends. The Lips' releases that year also included their version of King Crimson's In the Court of the Crimson King.

For 2013's bleak The Terror, the Lips re-teamed with Fridmann, recording in a matter of days and using their collection of vintage synths as the album's musical focus. They worked with artists including Poliça, Foxygen, and Stardeath and White Dwarfs on their reworking of the Stone Roses' debut album, which arrived that November. The following year, the band issued a 45-minute edit of their 24-hour song "7 Skies H3" as a Record Store Day release, as well as With a Little Help from My Fwends, an album that found the band teaming up with collaborators like Miley Cyrus and Maynard James Keenan to re-create the Beatles' iconic eighth album, Sgt. Pepper's Lonely Hearts Club Band.

The Lips collaborated with Cyrus on a full-length album, Miley Cyrus Her Dead Petz, which was released for free online in August 2015. Following the album's digital release, the artists toured together, and a limited vinyl pressing of the album was sold exclusively on the tour dates. In November of that year, the Lips released Heady Nuggs 20 Years After Clouds Taste Metallic: 1994-1997, a three-CD/five-LP compilation including the Clouds Taste Metallic album, the 1994 odds-and-ends EP Providing Needles for Your Balloons, a further rarities collection titled The King Bug Laughs, and a previously unreleased concert recorded in Seattle in 1996. For 2017's Oczy Mlody (which means "eyes of the young" in Polish), the Flaming Lips reunited with Fridmann on a more melodic set of songs that included a cameo from Cyrus. That year, they also issued Onboard the International Space Station Concert for Peace, an EP that reimagined several Oczy tracks as performed at an imaginary Flaming Lips show. In 2018, the band issued a pair of archival releases. Scratching the Door: The First Recordings of the Flaming Lips, a collection of their earliest material remastered by Fridmann, appeared that April. The six-disc box set Seeing the Unseeable: The Complete Studio Recordings of the Flaming Lips 1986-1990, which included demos and rarities along with the band's first four albums, followed that May.

The band returned in 2019 with King's Mouth, a collection of songs featuring narration by the Clash's Mick Jones. The album was related to an art installation created by Coyne as well as a book, King's Mouth: Immerse Heap Trip Fantasy Experience, that the frontman wrote and illustrated. King's Mouth first appeared in a limited run of 4,000 albums pressed on gold vinyl for that April's Record Store Day, then received a wider release that July. For their next album, the band reunited with Fridmann and collaborated with Kacey Musgraves on September 2020's American Head, a meditative set that reflected on their roots as an American band and Coyne's experiences growing up in the '70s. ~ Jason Ankeny, Rovi 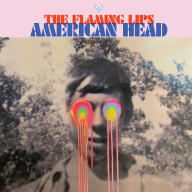 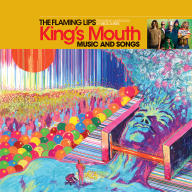 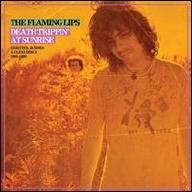 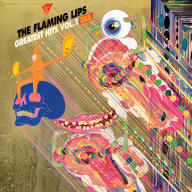 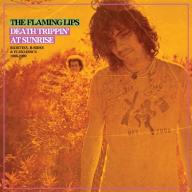 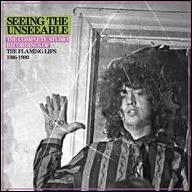 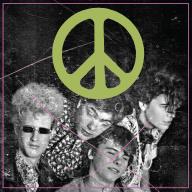 Scratching the Door: The First Recordings of the Flaming Lips
2018
Videos
Close 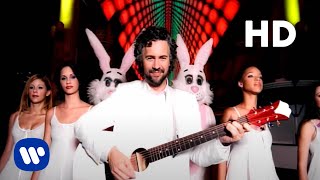 The Flaming Lips - Do You Realize?? [Official Music Video] 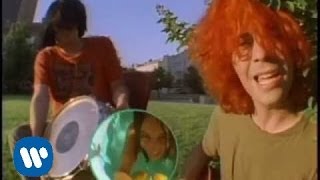 The Flaming Lips - She Don't Use Jelly [Official Music Video] 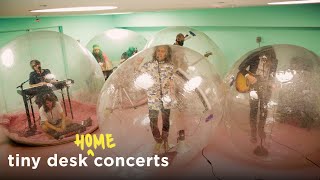 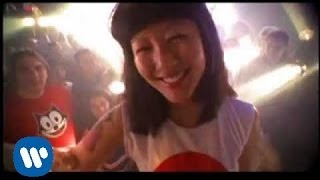 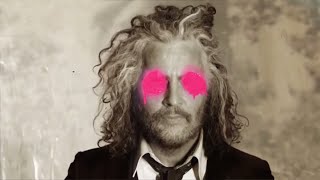 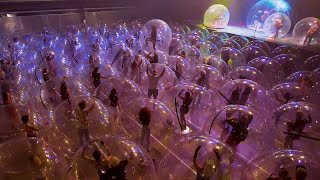 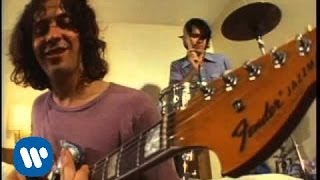