Close
The Cramps
from Sacramento, CA
formed January 1, 1976 (age 45)
Biography
Conjuring a fiendish witches' brew of primal rockabilly, grease-stained '60s garage rock, vintage monster movies, perverse and glistening sex, and the detritus and effluvia of 50 years of American pop culture, the Cramps are a truly American creation much in the manner of the Cadillac, the White Castle hamburger, the Fender Stratocaster, and Jayne Mansfield. Often imitated, but never with the same psychic resonance as the original, the Cramps celebrate all that is dirty and gaudy with a perverse joy that draws in listeners with its fleshy decadence, not unlike an enchanted gingerbread house on the Las Vegas strip. The entire psychobilly scene would be unthinkable without them, and their prescient celebration of the echoey menace of first-generation rock roll had a primal (if little acknowledged) influence on the rockabilly revival and the later roots rock movement.

The saga of the Cramps begins in 1972 in Sacramento, CA, when LSD enthusiast and Alice Cooper fan Erick Purkhiser picked up a hitchhiker, a woman with a highly evolved rock roll fashion sense named Kristy Wallace. The two quickly took note of one another, but major sparks didn't began to fly until a few weeks later, when they discovered they were both enrolled in a course on "Art and Shamanism" at Sacramento City College. These two lovebirds were soon sharing both an apartment and their collective enthusiasm for the stranger and more obscure sounds of rock's first era, as well as the more flamboyant music of the day. Their passion for music led them to the conclusion that they should form a band, and Kristy picked up a guitar and adopted the stage name Poison Ivy Rorschach, while future vocalist Erick became Lux Interior, after short spells as Raven Beauty and Vip Vop. Ivy and Lux hit the road for Ohio, and after living frugally in Akron for a year and a half, they made their way to New York City in 1975 in search of stardom.

While working at a record store, Interior made the acquaintance of fellow employee Greg Beckerleg, who had recently arrived from Detroit and also wanted to form a band. Beckerleg transformed himself into primal noise guitarist Bryan Gregory, and even persuaded his sister to join the nascent combo as a drummer. However, Pam Beckerleg didn't work out on traps, and so Miriam Linna, an Ohio transplant who had gotten to know Lux and Ivy during their sojourn in the Buckeye State, finalized the first proper lineup of the band they called the Cramps. Between Ivy's twangy single-note leads, Bryan's shower-of-sparks reports of noise, Lux's demented banshee howling, and Miriam's primitive stomp, the Cramps didn't sound like anyone else on the budding New York punk scene, and the foursome soon began attracting both crowds and buzz with their shows at CBGB's and Max's Kansas City. After about a year of gigging in and around New York, Linna left the group (she would later co-found frantic cultural journal Kicks Magazine and exemplary reissue label Norton Records), and another former Ohioan, Nick Stephanoff (known to his fans as Nick Knox and previously a member of infamous Cleveland noise terrorists the Electric Eels) took over behind the drums, and this version of the Cramps released the group's first recordings, a pair of 7" singles recorded in Memphis with Alex Chilton as producer and issued by the band's own Vengeance Records label.

In 1979, Miles Copeland signed the band to his fledgling new wave label I.R.S. Records, and their first 12" release was an EP featuring the material from their self-released singles, entitled Gravest Hits. That same year, the band traveled to Europe for the first time, playing as opening act for the Police and stealing the show from the peroxide-addled pop stars many nights. The Cramps returned to Memphis with Chilton to record their first full-length album, 1980's masterful Songs the Lord Taught Us, but what should have been a triumphant U.S. tour following its release was scuttled when Gregory unceremoniously quit the band by leaving unannounced with a van full of their equipment; at the time, a story circulated that Gregory left the Cramps to pursue an interest in Satanism, though in later interviews Lux and Ivy said there was no truth to these rumors and his actions were more likely the result of his addiction to heroin. Lux, Ivy, and Nick opted to move the band to Hollywood, CA, and recruited Gun Club guitarist Kid Congo Powers to take over as second guitarist in time to record their second long-player, Psychedelic Jungle.

In 1981, the Cramps filed suit against I.R.S. Records over unpaid royalties; the court case prevented the band from recording new material for two years, and when they returned to America's record racks, it was with a live album, 1983's Smell of Female, recording during a pair of dates at New York City's Peppermint Lounge. Kid Congo amicably parted ways with the band shortly afterward, and the search for the right record company kept the Cramps out of the studio until the U.K.-based Big Beat label released the ultra-lascivious A Date With Elvis in 1986; while several guitarists had come and gone since Kid Congo, for these sessions Poison Ivy ended up overdubbing herself on bass. In 1987, the group finally found a simpatico bassist in the form of tough gal Candy Del Mar, whom Lux and Ivy met in the parking lot of a liquor store. Del Mar made her recorded debut on the live album Rockin n Reelin in Auckland New Zealand, and she was still on board when the Cramps finally signed a U.S. record deal with Enigma Records and recorded the fine and full-bodied Stay Sick! in 1990.

Only a year later, the Cramps were back with a new studio album, Look Mom No Head!, but in a surprising move Nick Knox had left the band, and was replaced by Jim Sclavunos; after Jim's short tenure with the group, Nickey Beat (aka Nicky Alexander, former timekeeper with the Weirdos) took over the drum throne before one Harry Drumdini signed on. Less startlingly, Candy Del Mar was also out of the lineup, replaced by Slim Chance, a one-time member of the Mad Daddys. Harry and Slim joined Lux and Ivy in 1994 for the Cramps' first major-label album, Flamejob, released by the Warner Bros.-distributed Medicine imprint. As usual, much touring followed, and the band even made an appearance on the popular youth-centric soap opera #Beverly Hills 90210 in 1995. The Cramps' major-label period proved to be brief, with Cal-punk indie label Epitaph inking a deal with the group to release 1997's Big Beat from Badsville, which featured the same lineup as Flamejob.

In 2001, Lux Interior and Poison Ivy Rorschach celebrated the 25th anniversary of the Cramps by taking the matters of record-making into their own hands; they revived the long-dormant Vengeance label and reissued their entire post-I.R.S. album catalog (except for Flamejob) on expanded and remastered CDs and colored vinyl LPs. A new Cramps album followed in 2003, Fiends of Dope Island, which (of course) featured yet another personal change, with Chopper Franklin becoming the band's latest bassist. And with the Cramps continuing their unholy mission well into the 21st century, they offered their fans a look back with 2004's How to Make a Monster, a collection of rare live material and demos. They performed live for the final time in November 2006 at the House of Blues in Anaheim, California, before a relative period of inactivity for the band. Then, in February 2009, the sad news came that Lux Interior had passed away, aged 62, at the Glendale Memorial Hospital after suffering an aortic dissection. Tributes were plentiful for such a singular figure and 2011’s File Under Sacred Music: Early Singles 1978-1981 acted as a timely reminder of the passion, prescience and originality that was inherent in the music of The Cramps. ~ Mark Deming, Rovi 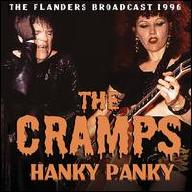 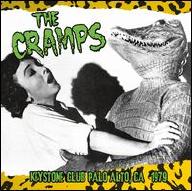 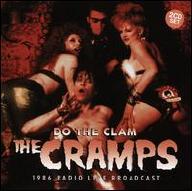 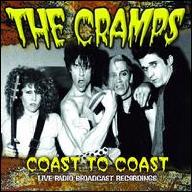 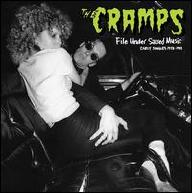 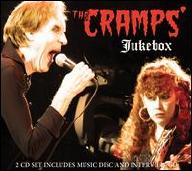 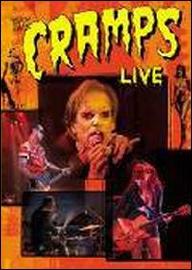 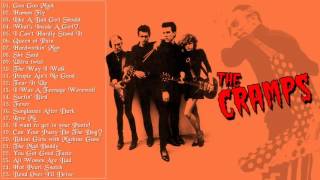 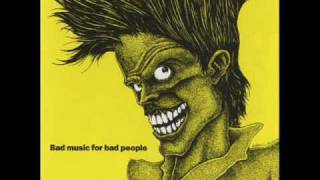 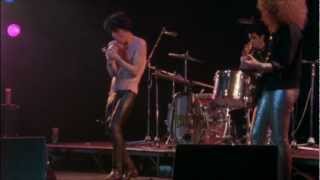 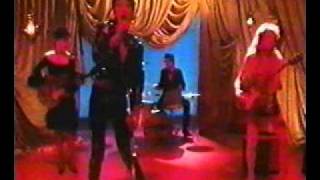 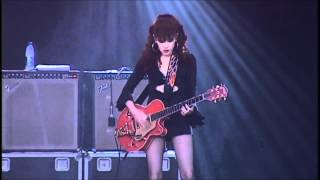 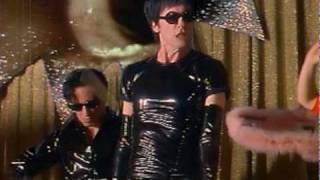 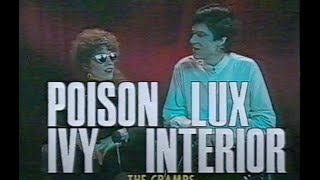