Close
Wilbur Sweatman
from Brunswick, MO
February 7, 1882 - March 9, 1961 (age 79)
Biography
Wilbur Sweatman appears to be the first black musician to record under the name of jazz. He recorded with his "Jass Band" for Pathé in March 1917. This alone might insure his legacy but, at the time, Sweatman was already a show business veteran, a clarinetist and composer of nearly 20-years experience whose work anticipated many jazz conventions.

Wilbur C. Sweatman was born in Brunswick, MO, on February 7, 1882. His early training with his sister was on violin, but he later switched to clarinet. It has been suggested that Sweatman was largely self-taught, but that seems unlikely since he had a legitimate technique and would later direct orchestras, compose, and orchestrate music. Sweatman's early experience in the late 1890s was with circus bands. He soon afterward joined Mahara's Minstrels, where trumpeter Crickett Smith was also a member. In 1901, Sweatman led the Forepaugh and Sells Circus Band, being the youngest orchestra leader on the road. 1902 found Sweatman in Minneapolis, where he organized an orchestra that featured some of the musicians from the circus band. About 1903 or 1904, Sweatman, while in Minneapolis, allegedly recorded at least one and maybe two cylinder records, Maple Leaf Rag and Peaceful Henry, for the Metropolitan Music Store. Many experts have questioned this story, but jazz historian Len Kunstadt once reported having seen the shattered remains of a wax cylinder of Peaceful Henry.

Sweatman arrived in Chicago in 1908 where, according to writer William Howland Kenney, he played "mixed programs of classical music, gypsy melodies and hot syncopated numbers." Kenney mentions that "Sweatman performed with William Dorsey on piano and George Reeves on drums at the Pekin Inn, the Monogram Theater and the Grand Theater, the South Side's largest vaudeville/movie theater." Kenney quotes an unidentified witness mentioning "Sweatman's queer style of hot clarinet." Sweatman's impact in Chicago is also stated by black composer, pianist, and entertainer Perry Bradford in his autobiography, where he states "Wilbur Sweatman had a three-piece jazz band, that played the vaudeville shows at Chicago's Grand Theatre, near 31st and South State streets in 1908, with Dave Peyton on piano. George Reeves was the drummer, while Wilbur Sweatman led the band with his high-screaming clarinet. Sweatman was the first man to play three clarinets at the same time, with three-part harmony, all over the Keith and Orpheum Circuits, from 1915 to 1930." His big feature with three clarinets was The Rosary. Later, according to Kenney quoting from contemporary newspapers, Sweatman billed himself as "Originator and Much Imitated Ragtime and Jazz Clarinetist."

To some, Sweatman may be best remembered by some for his ragtime compositions. The earliest of these is Down Home Rag, published by Rossiter in Chicago in 1911. His primacy as a jazz innovator is suggested by the fact that he scored this rag in four-four time and used the jazz convention of the dotted eighth and 16th note in preference to two-four time and 16th notes. Otherwise this composition is in the folk-rag category. In New York in 1914, Sweatman published Old Folks Rag, which uses the same conventions of notation; as did Boogie Rag, published later which also employs some blues elements and jazz effects that were then just developing.

Sweatman entered vaudeville in 1911. His success prompted a move to New York in 1913, the hub of vaudeville and theater work. Sweatman toured North America for the next 20 years, introducing predominantly white audiences to African-American music. His role in this cross-cultural dissemination of ragtime into jazz at such an early date has never been fully appreciated or credited. During his first season in New York, Sweatman appeared for three weeks at Hammerstein's Victoria, the mecca of vaudeville at that time. In 1914, he led the orchestra at the newly opened Lafayette Theater in Harlem. This was a world dominated by such distinguished African-American musicians as James Reese Europe, Ford Dabney, Will Marion Cook, and others. Sweatman's two 1916 Emerson recording sessions predate his jazz work and might be categorized as either semi-legitimate or ragtime, as in the case of the two versions of Down Home Rag he produced during these sessions. In 1917, Sweatman recorded five sides for Pathé. In these performances Sweatman appears to be working under the spell of the Six Brown Brothers, due to the accompaniment of five saxophones and the lack of a rhythm section. Sweatman's playing here is both articulate and controlled. But with the emergence of the jazz craze with its percussion effects; trombone glissandi; and growling, cackling, and wailing clarinets, the eminently qualified Sweatman must have realized that through modifying his style he could enter the fray. This would earn Sweatman a Columbia recording contract.

Wilbur Sweatman would record some two dozen titles for Columbia from March 1918 until June 1920. These sides competed with Louisiana Five, Original Dixieland Jazz Band, W.C. Handy's Orchestra, and Earl Fuller's Famous Jazz Band in the early jazz record market. Sweatman's willingness to compromise stylistically may have resulted in his dismissal by subsequent jazz critics and historians. Nevertheless, in a musical world unaware of the Creole New Orleans clarinet masters like Louis and Lorenzo Tio, Alphonse Picou, Jimmie Noone, and Barney Bigard, Sweatman was obviously regarded as a leading voice among jazz clarinetists. This is further amplified when it is noted that such an unlikely model as Ted Lewis was as esteemed. Ohio clarinetist Garvin Bushell remembered in his autobiography, "Wilbur Sweatman was a clarinetist with a lot of technique that could do things the rest of us couldn't do. He had a bad sound, but he was a great showman. He'd come out and do Hungarian Rhapsody No. 2 and play The Rosary on three clarinets. Sweatman was my idol. I just listened to him talk and looked at him like he was God."

Songwriter Perry Bradford had a good relationship with Sweatman. Before 1920, Bradford was trying to get a recording company to issue a blues number using an African-American female vocalist. Early on, Wilbur Sweatman was involved with Bradford in this effort. Sweatman had the ear of the Columbia executives, and even rehearsed Bradford's female partner in an attempt to create a product that would appeal to the Columbia moguls. Ultimately, Sweatman would not prevail, but later Bradford was able to sell a Mamie Smith recording to OKeh Records, and the rest is history.

It would appear, after the initial novelty of jazz was wearing off, that Sweatman's fortunes were declining. Even so, it was Sweatman that opened the famous Connie's Inn nightclub in Harlem in 1923, and at this venue many rising musicians came under Sweatman's employ, for example pianist Claude Hopkins, Jimmy Lunceford, Cozy Cole, Coleman Hawkins, and a very young Duke Ellington. The Sweatman band was photographed on the stage of the Lafayette Theatre in March of 1923. Present in the photograph is pianist Ellington along with some of his later associates, namely drummer Sonny Greer and saxophonist Otto Hardwick. It has been alleged, with some credibility, that Ellington is present on a New York Gennett recording date in August 1924 which produced Sweatman's tune Battleship Kate.

Wilbur Sweatman would record for other companies after leaving Columbia, including Edison, Grey Gull, and even Victor. However, by that time it was 1930, and Sweatman's star had long ago descended. Sweatman would record a final time for Vocalion in 1935, and would subsequently retire to music publishing and other business interests. Sweatman would continue to play engagements during the '40s, leading his own trio in residency at Paddell's. Although slowed down by injuries suffered in an incapacitating automobile accident, Wilbur Sweatman remained musically active into the early '60s.

Sweatman was also named executor of the Scott Joplin estate at the behest of Joplin's surviving spouse, Lottie Joplin. Unfortunately, a legal wrangle between Joplin's surviving sister and his daughter saw this priceless treasury, allegedly containing many unpublished works (along with Sweatman's own extensive archive and unfinished autobiography), disappear under mysterious circumstances. [Mark Berresford, a biographer of Wilbur Sweatman, assisted in the preparation of this profile.] ~ Frank Powers, Rovi 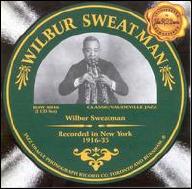 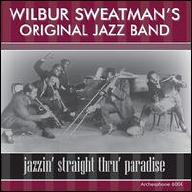 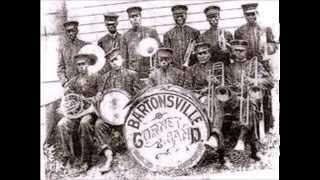 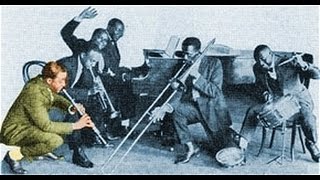 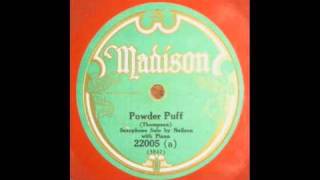 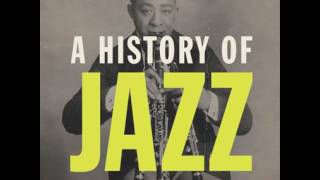 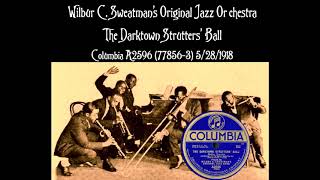 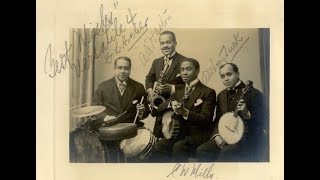 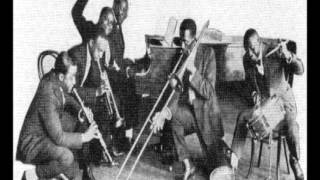