Close
Terence Boylan
Biography
Terence Boylan was born in the late 1940s and grew up in Buffalo, NY, where he started out in music before age 13 in the appropriately named band the PreTeens. They even made an appearance on local radio station WBNY, performing Playing Hard to Get, a song that Boylan had written at age 11. While in his early teens, he'd made it to New York City and Greenwich Village, and managed to cross paths with Bob Dylan (before he was a recording star) and Ramblin' Jack Elliot; with their encouragement, he pursued a solo music career in upstate New York and managed to attend the Newport Folk Festivals of 1963 and 1964.

Boylan later attended Bard College in New York, and formed a band called the Ginger Men with his brother John. They managed to cross paths with the Blues Project and the Lovin' Spoonful during occasional gigs in Greenwich Village during the mid-'60s. By 1967, he'd attracted the attention of several New York-based record labels and signed with Verve, where he and his brother John cut an experimental music-and-comedy LP amalgam entitled Appletree Theatre, which became a kind of cult favorite, principally among other musicians (including John Lennon). John Boylan subsequently headed to California, where he established himself first as a session guitarist and later as a producer, while Terence Boylan remained in New York. By 1968, he was back at Bard and became close friends with classmates Walter Becker and Donald Fagen (who had musical aspirations of their own, although in those days they sounded too much like the Beatles for their own professional good) and played with them. With Becker and Fagen in tow, he cut his debut solo LP, Alias Boona (a reference to his nickname) for Verve Forecast, the jazz-spawned label's progressive/experimental rock imprint. The record was, like his earlier album, principally attracted the attention of other musicians, including Bob Dylan (whose Subterranean Homesick Blues received a beautiful reinterpretation on the LP). Rather than pursue his career in New York, he headed to California, where his brother John Boylan was working with Linda Ronstadt. He worked for his brother's production company and established himself on the West Coast.

Boylan was later signed to Asylum Records and recorded his self-titled second album in 1977. It was more of a West Coast production, especially in sound and texture. It was well-received by the critics but was never more than a cult success. He did enjoy some success as a songwriter when Ian Matthews turned Boylan's song Shake It into a Top Five hit. He did a national tour behind the album with Bonnie Raitt and Little Feat, and returned to New York to do a third solo album -- actually, a third and fourth that were finally combined into one LP. The result was Suzy, which was another critical success and commercial disappointment. In the years since, Boylan has principally involved himself with songwriting and soundtrack work, and his own record label and publishing company, Spinnaker Records. ~ Bruce Eder, Rovi 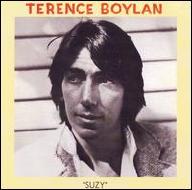 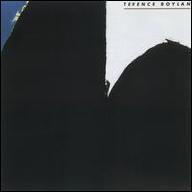 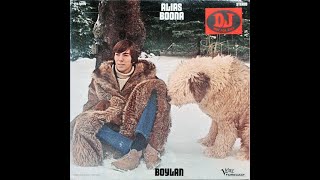 Terence Boylan - Where Are You Hiding ? 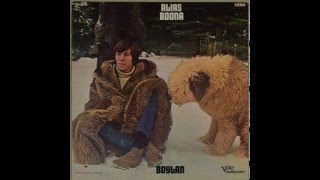 Terence Boylan - Did She Finally Get To You

Terence Boylan - The War Was Over
Available here: