Close
Herb Pomeroy
from Gloucester, MA
April 15, 1930 - August 11, 2007 (age 77)
Biography
Despite stints in support of jazz icons including Charlie Parker, Stan Kenton, and Lionel Hampton, trumpeter Herb Pomeroy's technical prowess and rich, lyrical tone remain largely unsung -- at the peak of his powers, he abandoned performing to teach music, influencing successive generations of players in the classroom instead of from the stage. Born April 15, 1930, in Gloucester, MA, Irving Herbert Pomeroy began playing trumpet after viewing a film featuring the immortal Louis Armstrong. After a year in Harvard University's dentistry program, he enrolled at Boston's Schillinger House (later renamed the Berklee School of Music), and at 23 made his professional debut behind bop pioneer Parker, recording a quintet session later featured on the collection The Bird You Never Heard as well as several live dates at Beantown clubs including Storyville and the Hi-Hat.

Pomeroy made his first national tour behind Hampton, but the oppressive racism of the South took its toll and he returned to Gloucester to form his own 13-member orchestra, earning much praise during a residency at the Boston club The Stable. Upon completing a tour with Kenton, Pomeroy again returned home, this time forging a partnership with Boston baritone saxophonist Serge Chaloff that resulted in cult-classic sessions like The Fable of Mabel and Boston Blow-Up! In 1955, he headlined his first LP, the Transition label release Jazz in a Stable, followed two years later by the acclaimed Roulette effort Life Is a Many Splendored Gig. But throughout his career he expressed little interest in studio work, arguing that jazz is an art best experienced live and in person.

After serving on the faculty of Boston's Jazz Workshop alongside saxophonist Charlie Mariano, Chaloff, and the gifted but ill-fated pianist Dick Twardzik, Pomeroy began teaching at Berklee in 1955 and remained on its staff for more than four decades -- his students include the likes of Gary McFarland, Gary Burton, Alan Broadbent, and Toshiko Akiyoshi. In March 1963, Pomeroy also agreed to assume control of the Massachusetts Institute of Technology's student jazz band, a group so bad he later admitted that "I actually lied and told them I was busy on the nights of the concerts." Pomeroy nevertheless committed to righting the ship and later founded MIT's award-winning Festival Jazz Ensemble, which emerged as one of the nation's top collegiate jazz bands -- during his two-decade tenure at their helm, the FJE played the Montreux Jazz Festival and other international showcases, premiering dozens of specially commissioned compositions. Pomeroy also supervised the first academic curriculum devoted to the music of Duke Ellington, whom he briefly supported years earlier.

Pomeroy received Berklee's first Alumni Association Award prior to retiring in the spring of 1995, later earning an Honorary Doctor of Music degree. The year following, he was inducted to the International Association of Jazz Educators (IAJE) Hall of Fame and in 1997 earned entrée to the Down Beat Jazz Education Hall of Fame. In retirement, Pomeroy returned to live performance, forming a duo with bassist John Repucci -- with vocalist Donna Byrne, he also cut the acclaimed LP Walking on Air. After a long battle with cancer, Pomeroy died at his Gloucester home on August 11, 2007. ~ Jason Ankeny, Rovi 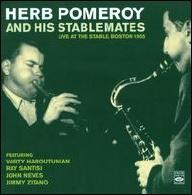 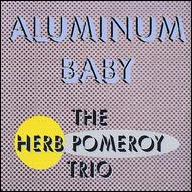 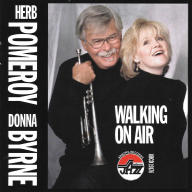 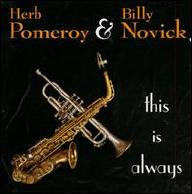 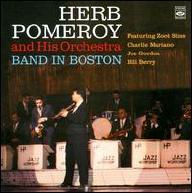 Jazz in a Stable
1955
Videos
Close 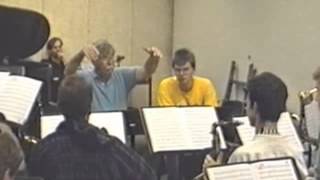 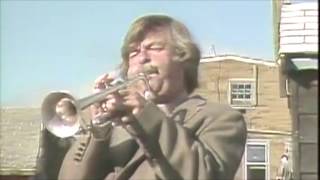 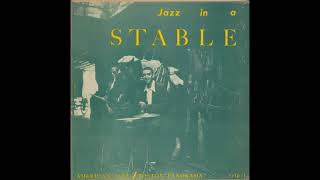 Herb Pomeroy - Jazz In A Stable 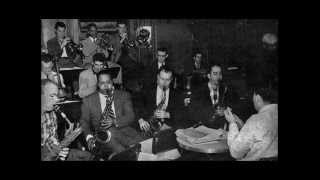 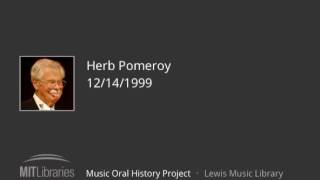 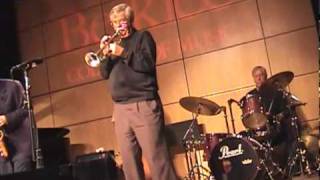 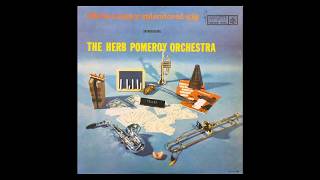