Close
Misfits
from Lodi, NJ
formed January 1, 1977 (age 44)
Biography
Genuinely shocking or tasteless, campy fun? It was sometimes hard to tell which way the Misfits wanted to be taken, and the immense cult following that has grown up in the years after their actual existence (1977-1983) seems divided in its own assessment. It certainly wasn't the Misfits' musicianship -- which was as crude as the recording quality of most of their oeuvre -- that endeared them to so many, although Glenn Danzig possessed one of the most distinctive and tuneful bellows in hardcore punk. Rather, it was Danzig's penchant for catchy, anthemic melodies, often delivered at warp speed, and his lyrical obsession with grade-B horror films and splatter imagery that helped the Misfits build a rabid posthumous following. Name-drops and covers by metal bands like Metallica and Guns N' Roses kept the Misfits' songs circulating during the mid- to late '80s, when their tangled discography remained only sporadically in print -- reissues were maddeningly incomplete, and much of the band's prime material was confined to rare singles and EPs. The mid-'90s saw a spate of CD reissues that, while not quite presenting all of the Misfits' songs in the most concise, collectible format, at least succeeded in getting them all back into print, allowing those who missed the band the first time around to hear why they've enjoyed such enduring cult popularity.

The Misfits were formed in Lodi, New Jersey, in 1977 by vocalist Glenn Danzig and bassist Jerry Caiafa, who performed under the name Jerry Only. Their name taken from Marilyn Monroe's final film, the Misfits added drummer Manny and recorded a guitar-less single, "Cough Cool" b/w "She," on their own Blank Records label (later changed to Plan 9). Manny was soon replaced by Mr. Jim Catania, and guitarist Frank Franché Coma LiCata joined up for the four-song 1978 EP Bullet, which featured a notoriously graphic image of John F. Kennedy being shot. Although recording sessions had been held for a full-length album, to be titled Static Age, no record company would accept the results, and whatever material was not subsequently issued on EPs languished in the vaults until the 1985 compilation Legacy of Brutality.

The Misfits began playing shows at CBGB's and attempted to obtain some greater musical stability with the addition of Whorelords guitarist Bobby Steele and drummer Joey Image. This lineup recorded the three-song EPs Horror Business and Night of the Living Dead in 1979, the latter being released on Halloween. An aborted tour of the U.K. supporting the Damned followed, and a frustrated Joey Image quit the band after Danzig was arrested in a bar skirmish. Things had not been going well with Steele, either, and upon returning to the States, Steele was ousted in favor of Jerry Only's younger brother Doyle (born Paul Caiafa, popularly known as Doyle von Frankenstein). Arthur Googy became the full-time drummer, while Steele went on to form the Undead. England's Cherry Red label issued the legendary Beware EP in 1980, which contained Bullet, two tracks from Horror Business, and the Static Age outtake "Last Caress"; it became a ludicrously expensive collector's item in the years that followed.

Back in the States, more single releases followed in 1981, including the 3 Hits from Hell 7" and another Halloween single, this one titled "Halloween" and containing two versions of the song, one a low-budget attempt at creating a spooky ambience. Another full-length LP had been recorded under the title Walk Among Us and was scheduled for release in late 1981, but a larger distribution deal was worked out with the Slash subsidiary Ruby. In 1982, the Misfits finally released their official debut album under the planned title, which proved one of the finest additions to their discography. Googy left the band around this time in a dispute over money, throwing off plans to record a follow-up; in the meantime, the live EP Evilive was released later in the year, featuring a guest appearance by Black Flag's Henry Rollins. Future Samhain and Danzig bassist Eerie Von Stellman was nearly recruited to play drums, but lasted only a weekend; eventually, punk producer Robo was settled upon as skinsman, and the Misfits spent the rest of the year and the first half of 1983 recording Earth A.D./Wolfsblood, an album that tried to play up the more aggressive aspects of the group's music. Brian Damage was chosen as Robo's touring successor, but he barely got a chance to perform before Danzig disbanded the Misfits in late 1983. A farewell single, the three-song "Die Die My Darling," was issued in 1984.

Danzig, who had issued the solo single "Who Killed Marilyn?" in 1981, immediately formed Samhain with Eerie Von in an attempt to pursue a more frightening musical direction to support his lyrics; Samhain eventually metamorphosed into the much more successful Danzig. The Caiafa brothers, meanwhile, formed Kryst the Conqueror, which managed only one five-song EP release. Misfits compilations began appearing as soon as 1985 on Caroline (Legacy of Brutality); 1987's Misfits compilation began whetting appetites for the large quantity of material that remained out of print, although Metallica's version of "Last Caress" and, later, Guns N' Roses' cover of "Attitude" hinted at what might be discovered. More compilations, as well as a four-disc box set, followed in the mid-'90s, as the Misfits' cult continued to expand.

In an attempt to cash in on the renewed interest, Jerry Only and Doyle re-formed the Misfits in 1996 -- without Danzig, instead recruiting vocalist Michale Graves and drummer Dr. Chud. American Psycho appeared in 1997 on Geffen Records, followed two years later by Famous Monsters. In 2001, that lineup issued the rarities/outtakes collection Cuts from the Crypt; it contained nothing from the Danzig era. The covers album Project 1950 followed in 2003. By this point, the Misfits lineup included Jerry Only on vocals and bass, Black Flag vet Dez Cadena on guitar, and Marky Ramone behind the drums. In June 2005, Misfits Records (via Ryko) released Fiend Club Lounge, a collection of Misfits classics redone in a "cocktail nation" style, and a two-song EP, Psycho in the Wax Museum, from the American Psycho sessions followed the next year. The next Misfits recordings would not appear until 2011, when The Devil's Rain was released in October, just in time for Halloween. This marked the first new studio material from the band in over a decade. A live album, Dead Alive!, followed in 2013.

After Cadena was diagnosed with cancer in 2015, Only's son Jerry Caiafa, Jr. replaced the ailing guitarist. His stint would be short-lived, as the band made a major announcement in early 2016. For the first time in over three decades, the original trio of Danzig, Only, and von Frankenstein revealed that they would reunite as the original Misfits to headline the 2016 installments of Chicago and Denver's Riot Fests. The success of the Riot Fest appearances led to a number of other appearances at festivals, as well as stand-alone dates at arenas whose size dwarfed the halls they played in their original incarnation. Joey Image, the Misfits' Horror Business-era drummer, died in Florida on June 1, 2020, at the age of 63; he was being treated for liver cancer at the time of his passing. ~ Steve Huey, Rovi 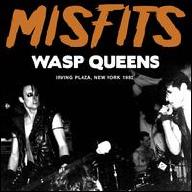 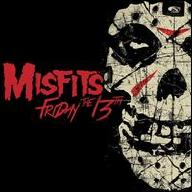 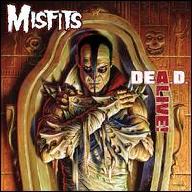 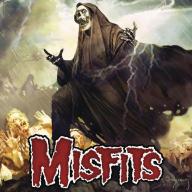 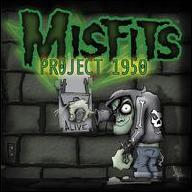 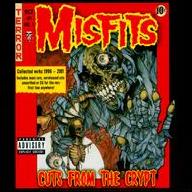 Cuts from the Crypt
2001
Videos
Close 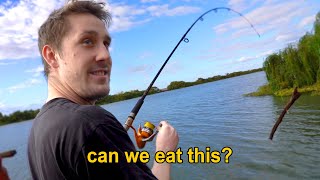 fishing but it's scuffed 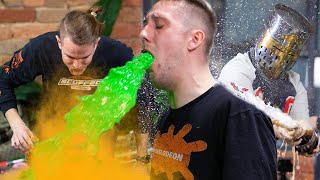 the misfits do anything for views 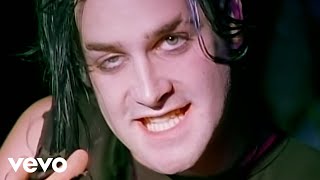 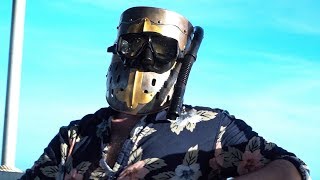 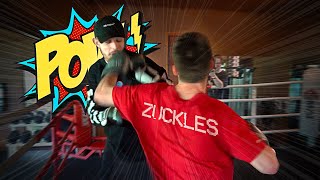 Fitz gets what he deserves... 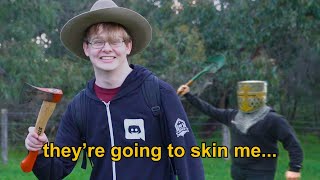 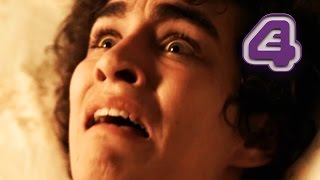