Close
Marilyn Monroe
from Los Angeles, CA
June 1, 1926 - August 5, 1962 (age 36)
Biography
Although film actress and Hollywood legend Marilyn Monroe has been the subject of a large number of albums, she rarely stepped into a recording studio to make a commercial recording and only appeared in five real movie musicals (with a few other musical performances in her straight films), making for a total record and soundtrack output of less than three dozen titles that are recycled endlessly along with bits of movie dialogue and radio and TV appearances on the frequent reissues. Nevertheless, she had a good voice that matched her seductive visual appeal, and her limited catalog includes effective interpretations of the work of such songwriters as Harold Adamson and Hoagy Carmichael; Harold Arlen and Johnny Mercer; Irving Berlin; Sammy Cahn and James Van Heusen; Cole Porter; and Leo Robin and Jule Styne.

Monroe was the illegitimate daughter of Edward Mortenson (who abandoned her mother before her birth and died in a motorcycle accident when she was three years old) and Gladys Pearl (Monroe) Baker, a film cutter. Her mother was mentally unstable and was institutionalized when the child was five, leaving her to a succession of orphanages and foster homes. At 16 in 1942, she married Jim Dougherty, an aircraft plant worker who soon enlisted in the merchant marine as his participation in World War II. Left alone, she joined the war effort by taking a job as a paint sprayer at the Radio Plane Company. There she was spotted by a photographer on assignment for Yank magazine to take pictures of women in the defense industry, and the resulting photographs led her to a career in modeling; she divorced her husband in 1946. The same year, she was signed to a one-year contract at 20th Century Fox, where she changed her name and took acting, singing, and dancing lessons. Monroe was given tiny parts in a couple of Fox films, then dropped. Columbia Pictures signed her in March 1948 and gave her her first important role in a B-picture, the musical #Ladies of the Chorus (1949), in which she had two featured songs, Anyone Can See and Ev'ry Baby Needs a Da-Da-Daddy, both written by Allan Roberts and Lester Lee. She was then dropped by Columbia and, in financial straits, accepted an offer to pose nude for a calendar; she was paid 50 dollars. She got small parts in films on a freelance basis in 1949 and 1950, including #Love Happy, the last Marx Brothers movie, and the acclaimed dramas #The Asphalt Jungle and #All About Eve. In 1951, she returned to Fox with a seven-year contract and appeared in supporting roles in nine films over the next two years.

She was finally given a substantial part in the thriller #Niagra, released in January 1953, and she also got to sing a song in the film, Lionel Newman and Haven Gillespie's Kiss. In the summer of 1953, Monroe co-starred with Jane Russell in #Gentlemen Prefer Blondes, a movie adaptation of the Broadway musical with songs by Jule Styne and Leo Robin. She made a strong impression, singing A Little Girl From Little Rock, Diamonds Are a Girl's Best Friend, and Bye Bye Baby from the original show score as well as When Love Goes Wrong (Nothin' Goes Right), written by Hoagy Carmichael and Harold Adamson for the film. She proved herself up to the vocal demands for the most part, though Marni Nixon, Hollywood's most prominent ghost singer, dubbed in some notes for her. MGM Records released a 10" LP soundtrack album.

With the release of the comedy #How to Marry a Millionaire in November and the December publication of the inaugural issue of Playboy magazine, which contained her 1949 nude photographs, only adding to her celebrity, Monroe became a major star in 1953. She capped her fame by wedding retired baseball player Joe DiMaggio on January 14, 1954, though the marriage lasted less than a year, ending in divorce on October 27. Monroe's ascent to stardom led to a recording contract with RCA Victor Records. Her next film was the Western drama #River of No Return, released in April 1954, but she managed to sing four songs in it, One Silver Dollar, I'm Gonna File My Claim, Down in the Meadow, and the title song, all written by Lionel Newman and Ken Darby. Her studio recording of River of No Return for RCA briefly appeared in the singles charts in July. In December, she had a co-starring role in #There's No Business Like Show Business, a major movie musical starring Ethel Merman and Dan Dailey and also featuring Donald O'Connor, Mitzi Gaynor, and Johnnie Ray. The movie was an anthology film of the music of Irving Berlin, and Monroe sang the newly written A Man Chases a Girl with O'Connor as well as the vintage Berlin songs You'd Be Surprised, After You Get What You Want, You Don't Want It, Lazy, and Heat Wave. Decca Records released a 10" soundtrack LP from the film, but Monroe's contract with RCA precluded her participation in it; her parts were replaced by Dolores Gray, and RCA released its own EP of Monroe singing her songs from the film.

Monroe worked less frequently after 1954, attempting to take greater control of her career. After the spring 1955 release of the comedy #The Seven Year Itch (in which she played Chopsticks on the piano with co-star Tom Ewell), she didn't work for a year. In the interim, she married playwright Arthur Miller on June 29, 1956. She gave one of her strongest performances in #Bus Stop, released in the summer of 1956, in which she played a saloon singer who performed a sultry version of Harold Arlen and Johnny Mercer's 1942 song That Old Black Magic. #The Prince and the Showgirl, released in the spring of 1957, gave her the opportunity to sing Richard Addinsell and Christopher Hassall's I Found a Dream. Another lengthy layoff ensued before Monroe returned to outright musical comedy with Paramount's #Some Like It Hot in 1959. The film's 1929 setting and Monroe's casting as band singer Sugar Kane gave her three musical numbers, all period songs: A. Harrington Gibbs, Joe Grey, and Leo Wood's 1922 tune Runnin' Wild!; Harry Ruby, Herbert Stothart, and Bert Kalmar's 1928 standard I Wanna Be Loved by You; and Matt Malneck, Fud Livingston, and Gus Kahn's slightly anachronistic 1931 hit I'm Through With Love. United Artists Records released a soundtrack album and even issued a Monroe single of I Wanna Be Loved by You/I'm Through with Love. Monroe returned to Fox for #Let's Make Love, released in the summer of 1960. She played an off-Broadway actress wooed by a billionaire played by Yves Montand in her final movie musical, and got to sing a trio of Sammy Cahn-James Van Heusen songs, Let's Make Love, Specialization, and Incurably Romantic, in addition to a revival of Cole Porter's My Heart Belongs to Daddy. Columbia Records released the soundtrack album. Monroe next filmed #The Misfits, a drama written by her husband, but she and Miller divorced in January 1961 shortly before the movie was released.

Her next and last musical appearance occurred in May 1962, when she led the audience at Madison Square Garden in a rendition of Happy Birthday to President John F. Kennedy. She had flown in from Los Angeles where she was shooting #Something's Got to Give with Dean Martin, and it was absences like that which led Fox to fire her from the picture. On August 5, 1962, she was found dead of an overdose of barbiturates that may have been either an accident or suicide.

In the fall of 1962, 20th Fox Records released Marilyn, an album of soundtrack recordings from her films #There's No Business Like Show Business, #River of No Return, and #Gentlemen Prefer Blondes. It spent more than two months in the charts. The album was reissued in 1972 in a TV offer under the title Remember Marilyn. Around the same time, the Legends label released an album called Marilyn Monroe that included everything from film excerpts to a television commercial and Monroe's performance of Happy Birthday. The album was reissued by Sandy Hook Records under the title Rare Recordings 1948-1962 in the 1980s. Starting in the 1990s, many small labels, especially overseas, released CDs that repackaged the same material. Monroe's fame has only increased since her death, making such albums popular despite their repetitiousness and often inferior quality. In 1998, Varese Sarabande released a version of the soundtrack of There's No Business Like Show Business including Monroe's performances for the first time; the same year, Rykodisc reissued an expanded version of the soundtrack to Some Like It Hot. Marilyn Monroe's singing constitutes a limited but significant part of her overall appeal as a performer. Especially because there is a tendency to focus on her fame and her troubled life over her actual work, it is worth listening to as an example of the real talent she brought to her performances. ~ William Ruhlmann, Rovi 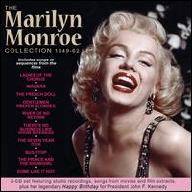 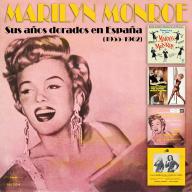 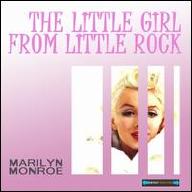 The Little Girl from Little Rock
2012 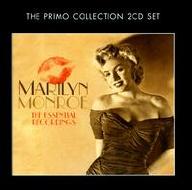 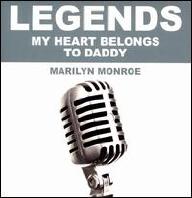 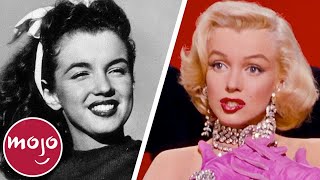 The Tragic Life of Marilyn Monroe

The Missing Evidence: The Death Of Marilyn Monroe 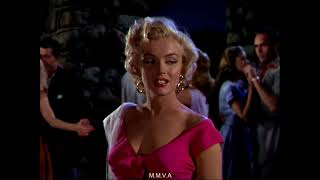 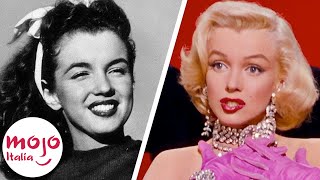