Close
Irving Berlin
from Russian Empire
May 11, 1888 - September 22, 1989 (age 101)
Biography
An icon of Tin Pan Alley, Irving Berlin was one of the most popular and beloved American songwriters of the first half of the 20th century. A co-founder of performance-rights organization ASCAP (American Society of Composers, Authors and Publishers), his hits included such ubiquitous tunes as "God Bless America" and "White Christmas." Written for Bing Crosby for the 1942 film Holiday Inn, the latter became the best-selling record in history. It's also the most-recorded Christmas tune of all time. Many of Berlin's songs were originally penned for stage musicals and films, often outlasting their popularity.

Israel Beilin was born in the Russian Empire on May 11, 1888, and while his birthplace is unknown, his family immigrated from Tolochin (in latter-day Belarus) to New York City in 1893. At Ellis Island, the family's name was changed from Beilin to Baline. The Balines lived briefly in a one-room basement apartment on Monroe Street on the city's Lower East Side before eventually moving to a three-bedroom tenement on Cherry Street. His father died just a few years later, and, at 13, Baline began taking odd jobs, including busking and later working as a singing waiter in Chinatown, where he would stay after hours to use the establishment's piano. A self-taught pianist who wrote in the key of F sharp, he relied on secretaries to transcribe his songs and favored transposing pianos (which adjust pitch by moving the whole keyboard with a lever). Finding work first as a lyricist, he published his first song, "Marie from Sunny Italy," in 1907 and changed his name from Israel Baline to Irving Berlin. Berlin's first Broadway contributions were to Ziegfeld Follies of 1910, and, still in his early twenties, he had his first big hit in 1911 with "Alexander's Ragtime Band."

In 1912, Berlin married Dorothy Goetz, sister of songwriter E. Ray Goetz. Sadly, she died six months later of typhoid fever, prompting Berlin's first popular ballad, "When I Lost You." A steady flow of work in Tin Pan Alley and on Broadway continued for the songwriter, including more Ziegfeld Follies shows, and 1921 marked the opening of the Music Box Theatre on West 45th Street, a venue Berlin built with producer Sam Harris for his own Music Box Revues.

Berlin married heiress and author Ellin Mackay in 1926, and in 1927, his songs appeared on-stage in The Cocoanuts, written by George S. Kaufman for the Marx Brothers. He also published "Blue Skies" that year. A hit for bandleader Ben Selvin, it was also featured in the 1927 Al Jolson film The Jazz Singer, the first full-length sound film with synchronized singing and dialogue.

In 1930, Berlin's "Puttin' on the Ritz" debuted in a film of the same name and became a number one hit for Harry Richman. (The song landed in the Top Five again in 1983 when it was covered by Dutch pop singer Taco.) A collaboration with writer Moss Hart, the 1933 Broadway musical As Thousands Cheer marked the debut of "Easter Parade," a song that was reprised by Bing Crosby in 1942's Holiday Inn and got its own film starring Judy Garland and Fred Astaire in 1948. Other career highlights include the 1935 Astaire and Ginger Rogers vehicle Top Hat, which included "Cheek to Cheek," a number one that was nominated for an Academy Award for Best Song. Three years later, a musical film inspired by and titled Alexander's Ragtime Band was released with a cast that included Tyrone Power, Alice Faye, and Ethel Merman. It featured several of Berlin's biggest hits to date.

Holiday Inn opened in movie theaters in the summer of 1942, marking the premiere of "White Christmas" and "Happy Holiday," among other seasonal tunes. "White Christmas" went on to become the best-selling record of the century, with over 100 million units sold. This Is the Army opened on Broadway on July 4, 1942 and included Berlin himself in the role of Sgt. Irving Berlin. He also appeared in the 1943 film adaptation, which featured Kate Smith singing "God Bless America." Originally written by Berlin during World War I, he revised the lyrics in 1938, and Smith's version became an American hallmark of World War II. He was awarded the Army's Medal of Merit from President Truman in 1945, and the song endured as an unofficial alternate national anthem for decades to come.

Late in 1945, when his good friend Jerome Kern died suddenly, Berlin took over as songwriter for the 1946 musical Annie Get Your Gun, which became his longest-running stage hit. Several of its songs charted, including "There's No Business Like Show Business" and "They Say It's Wonderful." A film version starring Betty Hutton followed in 1950, and in 1954, the CinemaScope musical There's No Business Like Show Business featured a selection of Berlin's best-known hits. Also in 1954, Bing Crosby performed "White Christmas" again for the Paramount Pictures film White Christmas, 12 years after the song first became a hit. That same year, he was awarded a Congressional Gold Medal by President Eisenhower for his patriotic songs. After attempting to retire, Berlin returned to Broadway in 1962 with the musical comedy Mr. President. Aside from a song for a 1966 revival of Annie Get Your Gun starring Ethel Merman, he then officially retired from songwriting while remaining in New York City.

Berlin's centennial was celebrated worldwide in 1988 and included a tribute to benefit Carnegie Hall and ASCAP. The special, which aired on CBS, included such music legends as Frank Sinatra, Leonard Bernstein, and Willie Nelson. That same year, Berlin's wife of 62 years passed away, leaving behind her husband, and three daughters and their families. Irving Berlin died at home in his sleep a year later at the age of 101.

With George Gershwin having called Berlin "the greatest songwriter that has ever lived," and Jerome Kern remarking that "Berlin has no place in American music -- he is American music," appreciation for the tunesmith extended into the next millennium. In 2002, Berlin was commemorated with a U.S. postage stamp. Two years later, a stage musical based on the 1954 film White Christmas called Irving Berlin's White Christmas debuted in St. Louis. It opened on Broadway in 2008 and the West End in 2014. Based on the 1942 film, Irving Berlin's Holiday Inn followed on Broadway in 2016. ~ Marcy Donelson, Rovi 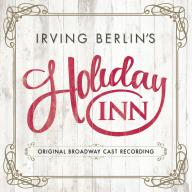 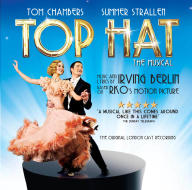 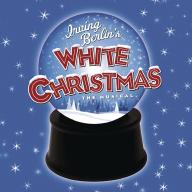 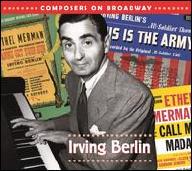 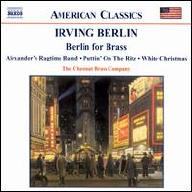 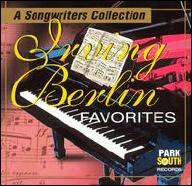 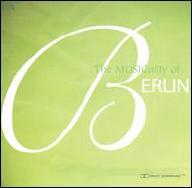 The Musicality of Berlin
2002
Videos
Close 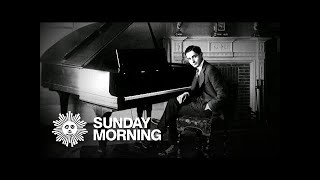 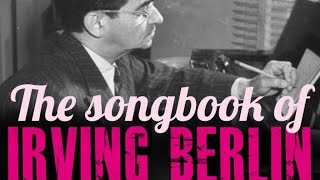 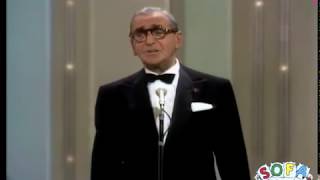 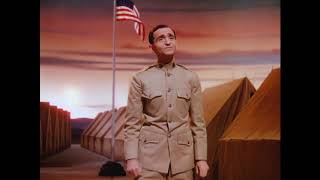 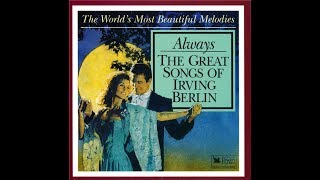 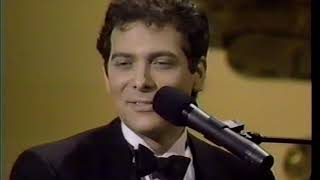 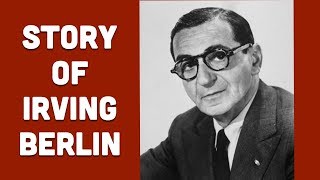