Close
The Coasters
from Los Angeles, CA
formed January 1, 1955 (age 67)
Biography
The Coasters were one of the few artists in rock history to successfully straddle the line between music and comedy. Their undeniably funny lyrics and on-stage antics might have suggested a simple troupe of clowns, but Coasters records were no mere novelties -- their material, supplied by the legendary team of Jerry Leiber and Mike Stoller, was too witty, their arrangements too well-crafted, and the group itself too musically proficient. That engaging and infectious combination made them one of the most popular early RB/rock roll acts, as well as one of the most consistently entertaining doo wop/vocal groups of all time.

The Coasters grew out of a successful Los Angeles doo wop group called the Robins, which had been recording since 1949 and working with Leiber Stoller since 1953. Atlantic Records acquired the Robins in 1955, when the Leiber Stoller composition Smokey Joe's Cafe was becoming too big a hit for their small Spark label to handle; its success scored the duo an independent contract with Atlantic as producers and composers. Amid uncertainties over their new major-label arrangement, the Robins split up that fall; lead tenor Carl Gardner (a more recent addition) and bass Bobby Nunn formed a new group, the Coasters (named for their West Coast base), which maintained the Leiber Stoller association -- an extremely wise move. The initial Coasters lineup was completed by baritone Billy Guy (a gifted comic vocalist) and second tenor Leon Hughes, with guitarist Adolph Jacobs figuring prominently on their recordings through 1959. Their first single, Down in Mexico, became a Top Ten RB hit in 1956, epitomizing the sort of humorous story-song Leiber Stoller were perfecting. The Coasters hit again in 1957 with the double-sided smash Young Blood/Searchin', both sides of which reached the pop Top Ten. The follow-ups weren't as successful, and it was decided that both the group and Leiber Stoller would move their operations to New York, where Atlantic was based. As a result, Nunn and Hughes left the group in late 1957, to be replaced respectively by bass Will Dub Jones (ex-Cadets, of Stranded in the Jungle fame) and second tenor Obie Jessie (for a very short period), then Cornell Gunter (ex-Flairs).

The Coasters' first recording in New York was 1958's Yakety Yak, which featured King Curtis on tenor sax. Its witty, slice-of-life lyrics about a teenager being hassled by his parents struck a resounding chord, and Yakety Yak became the Coasters' first number-one pop hit that summer, topping the RB charts as well. Charlie Brown, which cast Jones in the title role of class clown (and immortalized him with the catch-phrase, "why's everybody always pickin' on me?"), hit number two on both the pop and RB charts in 1959, firmly establishing the Coasters' widespread crossover appeal. More hits followed: the Western-themed Along Came Jones, Poison Ivy, Shoppin' for Clothes, and the group's final Top 30 hit, 1961's burlesque-dancer tribute Little Egypt.

Following Little Egypt, Gunter departed, to be replaced by Earl Speedo Carroll (of the Cadillacs). Other personnel shifts ensued over the next few years, especially as the hits dried up; even more discouragingly, Leiber Stoller left Atlantic in 1963. The Coasters parted ways with Atlantic in early 1966, signing with Columbia's Date subsidiary and reuniting with Leiber Stoller for a time. Although they charted several times, no more hits were forthcoming, given the radically different musical climate; their last chart single was a 1971 cover of Love Potion No. 9 (by which time Gardner was the only remaining original member), and their last new release came with a 1976 version of If I Had a Hammer. Since then, numerous different Coasters lineups have toured the oldies circuit; Gardner's holds the legal claim to legitimacy, but Gunter, Guy, Jones, Nunn, and Hughes all led differing lineups at one point or another. Nunn died of a heart attack in 1986, one year before the Coasters became the first vocal group inducted into the Rock and Roll Hall of Fame. Gunter was murdered in Las Vegas in 1990, and Jones passed away in early 2000. ~ Steve Huey, Rovi 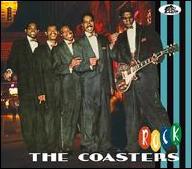 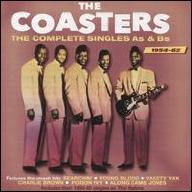 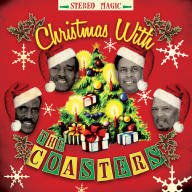 Christmas With the Coasters
2015 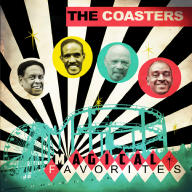 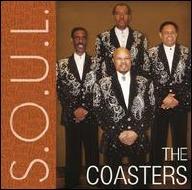 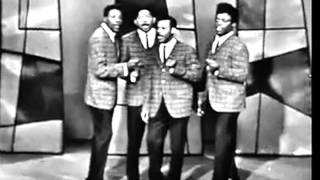 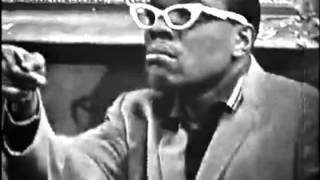 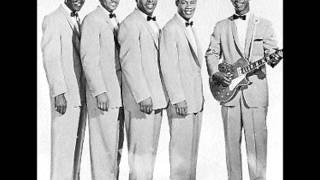 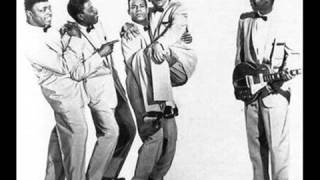 Down in Mexico - The Coasters 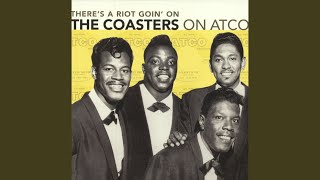 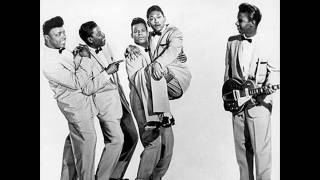