Close
Stray Cats
from Massapequa, NY
formed January 1, 1979 (age 43)
Biography
Sporting bodacious pompadours, tattoos, and leather jackets, the Stray Cats looked like a rockabilly band straight out of central casting. That was by the design of Brian Setzer, Lee Rocker, and Slim Jam Phantom, a trio of Long Island renegades who were attempting to keep the fire of old-time rock & roll burning during the height of punk and new wave. It took some time -- and a trip across the Atlantic -- for them to succeed, but when they did, it was beyond all expectations. For a few years in the early 1980s, the Stray Cats were one of the hottest bands in rock & roll, racking up Top Ten hits -- "Rock This Town," "Stray Cat Strut," "(She's) Sexy + 17" -- with the aid of the newly founded MTV, which found their retro fashion visually kinetic. The group's fall was nearly as swift their ascendency -- by the end of the '80s, they had fallen apart -- but the Stray Cats made an indelible impact, sending the rockabilly revival into the mainstream and setting the pace for the music's continuation over the ensuing decades.

The Stray Cats were formed by guitarist/vocalist Brian Setzer in the Long Island town of Massapequa, New York, in 1979. At first, Setzer played rockabilly covers in a band called the Tom Cats with his brother drummer Gary and bassist Bob Beecher; however, Setzer soon abandoned that group to join up with newly rechristened school friends Lee Rocker (born Leon Drucker) and Slim Jim Phantom (born James McDonnell). Their retro '50s look and sound didn't go over well around Long Island, though, and in the summer of 1980, the group headed to England, where a rockabilly revival movement was just beginning to emerge.

After one of their gigs in London, the Stray Cats met producer Dave Edmunds, well-known as a roots rock enthusiast for his work with Rockpile, and as a solo artist. Edmunds offered to work with the group, and they entered the studio to record their self-titled debut album, released in England in 1981 on Arista. They were popular right out of the box, scoring three straight hits that year with "Runaway Boys," "Rock This Town," and "Stray Cat Strut." Their follow-up, Gonna Ball, wasn't as well-received and, stung by the negative reviews, the Stray Cats decided to return to the States and make a go of it.

The band signed with EMI America and in 1982 released their U.S. debut, Built for Speed, which compiled the highlights from their two British LPs. Helped by extensive airplay on MTV at the height of the anything-goes new wave era, "Rock This Town" and "Stray Cat Strut" both hit the American Top Ten, over a year after their British chart peaks. As a result, Built for Speed was a left-field smash, and the Stray Cats were seen as avatars of retro style. Their second American album, Rant n' Rave with the Stray Cats, appeared in 1983 and produced another Top Ten hit in "(She's) Sexy + 17," as well as a minor Top 40 entry in the doo wop-styled ballad "I Won't Stand in Your Way."

Personality conflicts began to emerge in the ways the individual members handled their newfound success: Phantom married actress (and former Rod Stewart paramour) Britt Ekland, while Setzer made guest appearances with stars like Bob Dylan and Stevie Nicks and became the concert guitarist for Robert Plant's Honeydrippers side project. In late 1984, Setzer broke up the band amid much bad blood. Rocker and Phantom immediately teamed up with guitarist Earl Slick and recorded an album as Phantom, Rocker Slick, while Setzer waited a couple of years before releasing his roots rock solo debut, The Knife Feels Like Justice.

By 1986, fences had apparently been mended enough for the Stray Cats to reconvene in Los Angeles and record the covers-heavy Rock Therapy, which didn't sell that well. The trio returned to their respective post-Stray Cats projects, which both released albums that performed disappointingly. In 1989, they reunited once again for the album Blast Off, which was accompanied by a tour with Stevie Ray Vaughan. No longer with EMI, the Cats entered the studio with Nile Rodgers for the lackluster Let's Go Faster, issued by Liberation in 1990. 1992's Dave Edmunds-produced Choo Choo Hot Fish also attracted little attention, and after another covers album, Original Cool, the group called it quits again. Setzer went on to spearhead the '90s swing revival with his Brian Setzer Orchestra, which performed classic big-band swing and jump blues tunes, as well as Setzer originals.

The Stray Cats reunited on occasion throughout the 2000s, always concentrating on live performances, not the recording studio. The group sat out most of the 2010s, but they returned at the end of the decade with 40, their first album of original material in 27 years. Highlights from their supporting tour for 40 were compiled as the 2020 live album Rocked This Town: From LA to London. ~ Steve Huey, Rovi 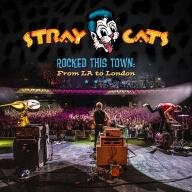 Rocked This Town: From LA to London
2020 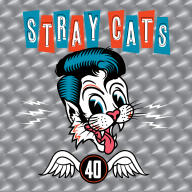 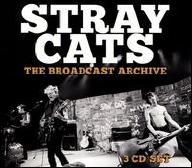 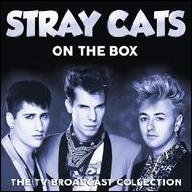 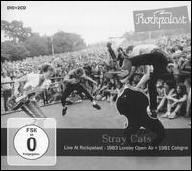 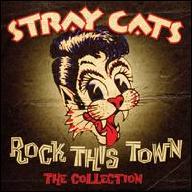 Rock This Town: The Collection
2013 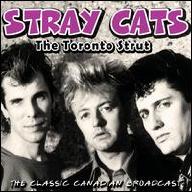 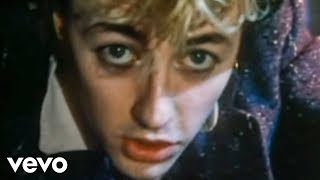 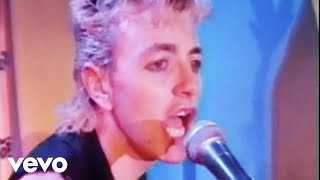 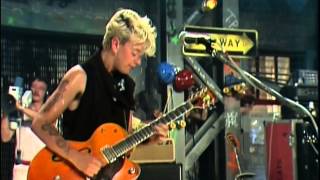 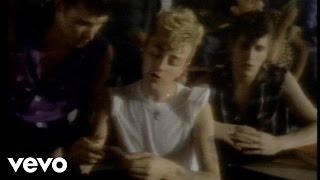 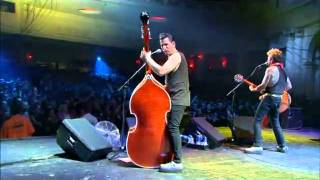 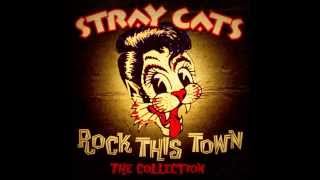 The Stray Cats - Rock This Town 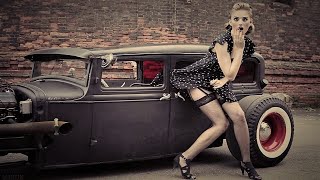