Close
Koko Taylor
from Memphis, TN
September 28, 1928 - June 3, 2009 (age 80)
Biography
Accurately dubbed "the Queen of Chicago blues" (and sometimes just the blues in general), Koko Taylor helped keep the tradition of big-voiced, brassy female blues belters alive, recasting the spirits of early legends like Bessie Smith, Ma Rainey, Big Mama Thornton, and Memphis Minnie for the modern age. Taylor's rough, raw vocals were perfect for the swaggering new electrified era of the blues, and her massive hit, "Wang Dang Doodle," served notice that male dominance in the blues wasn't exclusive. After a productive initial stint on Chess, Taylor spent several decades on the prominent contemporary blues label Alligator, going on to win more W.C. Handy Awards than any other female performer in history, and establishing herself as far and away the greatest female blues singer of her time.

Taylor was born Cora Walton on September 28, 1928, on a sharecropper's farm in Memphis, Tennessee. Her mother died in 1939, and she and her siblings grew up helping their father in the fields; she got the nickname "Koko" because of her love of chocolate. Taylor began singing gospel music in a local Baptist church; inspired by the music they heard on the radio, she and her siblings also played blues on makeshift instruments. In 1953, Taylor married truck driver Robert "Pops" Taylor and moved with him to Chicago to look for work; settling on the South Side, Pops worked in a slaughterhouse and Taylor got a job as a housemaid. The Taylors often played blues songs together at night, and frequented the bustling South Side blues clubs whenever they could; Pops encouraged Koko to sit in with some of the bands, and her singing -- which reflected not only the classic female blues shouters, but contemporaries Muddy Waters and Howlin' Wolf -- quickly made a name for her. In 1962, Taylor met legendary Chess Records songwriter/producer/bassist Willie Dixon, who was so impressed with her live performance that he took her under his wing. He produced her 1963 debut single, "Honky Tonky," for the small USA label, then secured her a recording contract with Chess.

Taylor made her recording debut for Chess in 1964 and hit it big the following year with the Dixon-penned "Wang Dang Doodle," which sold over a million copies and hit number four on the R&B charts. It became her signature song forever after, and it was also the last Chess single to hit the R&B Top Ten. Demand for Taylor's live act skyrocketed, even though none of her follow-ups sold as well, and as the blues audience began to shift from Black to white, the relatively new Taylor became one of the first Chicago blues artists to command a following on the city's white-dominated North Side. Eventually, she and her husband were able to quit their day jobs and he served as her manager; she also put together a backing band called the Blues Machine. With the release of two albums -- 1969's Koko Taylor, which featured a number of her previous singles; and 1972's Basic Soul -- Taylor's live gigs kept branching out further and further from Chicago, and when she played the 1972 Ann Arbor Blues and Jazz Festival, the resulting live album on Atlantic helped bring her to a national audience.

By the early '70s, Chess Records was floundering financially, and eventually went under in 1975. Taylor signed with a then-young Chicago-based label called Alligator, which grew into one of America's most prominent blues labels over the years. Taylor debuted for Alligator in 1975 with I Got What It Takes, an acclaimed effort that garnered her first Grammy nomination. Her 1978 follow-up, The Earthshaker, featured several tunes that became staples of her live show, including "I'm a Woman" and "Hey Bartender," and her popularity on the blues circuit just kept growing in spite of the music's commercial decline. In 1980, she won the first of an incredible string of W.C. Handy Awards (for Best Contemporary Female Artist), and over the next two decades, she would capture at least one more almost every year (save for 1989, 1997, and 1998). 1981 brought From the Heart of a Woman, and in 1984, Taylor won her first Grammy thanks to her appearance on Atlantic's various-artists compilation Blues Explosion, which was named Best Traditional Blues Album. She followed that success with the guest-laden Queen of the Blues in 1985, which won her a couple extra Handy Awards for Vocalist of the Year and Entertainer of the Year (no "female" qualifier attached). In 1987, she released her first domestic live album, An Audience with the Queen.

Tragedy struck in 1988. Taylor broke her shoulder, collarbone, and several ribs in a van accident while on tour, and her husband went into cardiac arrest; although Pops survived for a time, his health was never the same, and he passed away some months later. After recuperating, Taylor made a comeback at the annual Chicago Blues Festival, and in 1990 she issued Jump for Joy, as well as making a cameo appearance in the typically bizarre David Lynch film Wild at Heart. Taylor followed it in 1993 with the aptly titled Force of Nature, after which she took a seven-year hiatus from recording; during that time, she remarried and continued to tour extensively, maintaining the stature she'd achieved with her '80s work as the living Queen of the Blues. In 2000, she finally returned with a new album, Royal Blue, which featured a plethora of guest stars: B.B. King, Kenny Wayne Shepherd, Johnnie Johnson, and Keb' Mo'. Health issues forced another seven-year hiatus before she returned with the album Old School in 2007. Koko Taylor died in Chicago in June 2009 after experiencing complications from surgery for gastrointestinal bleeding. She was 80 years old. ~ Steve Huey, Rovi 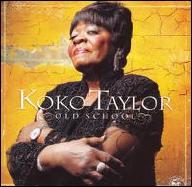 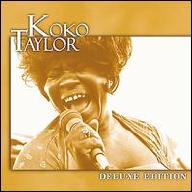 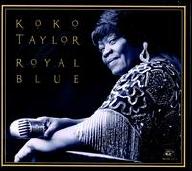 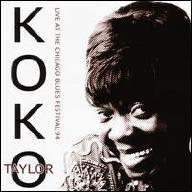 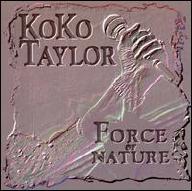 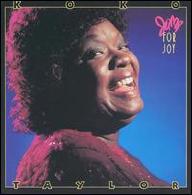 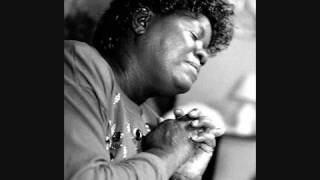 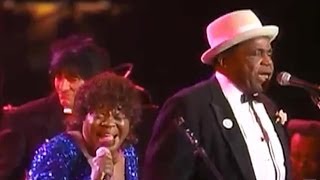 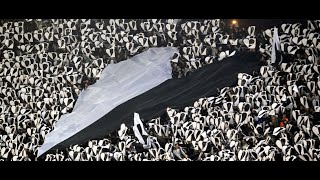 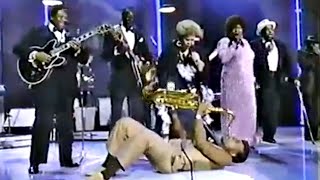 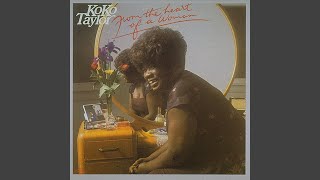 I'd Rather Go Blind 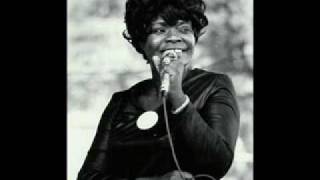 koko taylor I'd rather go blind 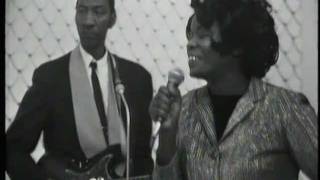