Close
Southside Johnny
from Neptune, NJ
December 4, 1948 (age 72)
Biography
Bruce Springsteen was the man who took the sound of the Jersey Shore music scene to the world, but it was Southside Johnny (aka John Lyon) who was the early focal point of the scene that produced many of the major figures of the Garden State's rock & roll community. A powerful vocalist whose style is steeped in vintage blues, R&B, and soul, Johnny was the leader and frontman for the group the Asbury Jukes, whose tough bar band sound married the impact of hard rock with the swing and horn-fueled punch of blues and deep soul. While the group's membership has gone through dozens of changes since the mid-'70s, with Southside at the vocal mike their sound has remained remarkably consistent from their '70s efforts (1976's I Don't Want to Go Home, 1978's Hearts of Stone) to their 21st century sessions (2002's Going to Jukesville, 2010's Pills and Ammo), though the group did detour into dance music on 1983's Trash It Up (produced by Nile Rodgers). Southside Johnny's rare solo efforts gave him a chance to explore other musical directions, as he embraced adult contemporary pop on 1988's Slow Dance and jazz on 2008's Grapefruit Moon: The Songs of Tom Waits and 2017's Detour Ahead: The Music of Billie Holiday.

John Lyon was born in Neptune, New Jersey on December 4, 1948 and grew up in nearby Ocean Gove. Lyon's parents were music fans with a taste for jazz (his father played bass in a jazz combo before landing a steady job with the post office), and he grew up with the sounds of Louis Armstrong, Billie Holiday, Count Basie, and Duke Ellington filling the house. Lyon developed a taste for harder blues and R&B from listening to the radio late at night, and in his early teens, he began learning to play harmonica after "borrowing" one from his brother, who had bought a guitar and fancied himself the next Bob Dylan. As Lyon honed his chops on the blues harp and learned lyrics to some of his favorite songs, he would occasionally perform a few songs with friends who had formed bands. When Lyon was 16, he was asked by Sonny Kenn, leader of a popular Asbury Park band called Sonny and the Starfires, to join a new blues-oriented combo he formed, earning Lyon his first paying gig.

By 1967, the center of the Jersey Shore rock scene had become an Asbury Park nightspot called the Upstage Club, a booze-free venue that allowed local musicians to play original music and teenagers to hang out until the wee hours of the morning. The club often featured open jams, and Lyon, like many other aspiring musicians, would stop by regularly to hear music, meet other players, and hopefully take the stage for a few tunes. By 1971, Lyon had formed a group called the Sundance Blues Band, which featured Lyon on lead vocals and harp, as well his high school friend Garry Tallent and other future stars such as Steven Van Zandt, Vini Lopez, David Sancious, and a promising guitarist named Bruce Springsteen. Lyon started using the stage name Southside Johnny, a nickname given him for his love of Chicago blues and the extensive collection of rare blues and R&B sides he owned in tandem with Tallent. As the Sundance Blues Band and its offshoots became frequent attractions at the Upstage, Southside was playing several sets a night, four or five nights a week, and he began seriously considering a career as a professional musician.

The Sundance Blues Band fizzled out after the closing of the Upstage Club, and by 1972 Springsteen had founded a hard rock band called Steel Mill. The band developed a large following in Richmond, Virginia, and when Springsteen invited Southside to tag along and sing a few songs at a Richmond gig, Johnny quickly acquired a new girlfriend and was invited to join a band called Studio B. After three years, Southside was disenchanted with the Richmond rock scene, and he returned to New Jersey. Southside teamed up with Van Zandt, sometimes performing as a duo called Southside Johnny the Kid, and after Southside worked his way into a combo called the Blackberry Booze Band, he took control of the group and brought in several local players he liked, including Van Zandt. With the addition of a horn section, the Blackberry Booze Band evolved into Southside Johnny the Asbury Jukes. The Jukes landed a once-a-week gig at an Asbury Park club that had seen better days, the Stone Pony, playing off nights for the door. While the club generally booked cover bands, word about the Jukes and their powerhouse live show began to spread, and soon they were playing weekends and drawing as many as two thousand fans a night.

As the Asbury Jukes were becoming one of New Jersey's most popular acts, Bruce Springsteen grew out of his local following into a respected journeyman rock & roller after he landed a deal with Columbia Records in 1973, and his third album, 1975's Born to Run, transformed him into a legitimate star, a critical favorite who finally connected with a mass audience. Springsteen's new success persuaded record companies that New Jersey might be a hub for fresh talent, and soon Epic signed Southside Johnny the Asbury Jukes to a record deal. 1976's I Don't Want to Go Home was their debut album, and documented the band's tight, muscular attack; it also included guest appearances from Ronnie Spector and Lee Dorsey, and Springsteen contributed two songs for the sessions, "The Fever" and "You Mean So Much to Me." Sales were modest but respectable, and the band toured hard in support, eventually taking a break to cut their second LP, 1977's This Time It's for Real, which featured more guest appearances from R&B heroes (vocal groups the Coasters, the Drifters, and the Five Satins) and songwriting contributions from Springsteen. The band also found time to make an appearance in Joan Micklin Silver's 1977 movie Between the Lines. With 1978's Hearts of Stone, Southside Johnny and the group stepped up their game and produced what was widely regarded as their strongest album to date, a more dramatic and personal set with strong songwriting and ferocious performances. But Epic Records were disappointed with their sales, and in 1979 they dropped the band.

Southside Johnny soon landed a new record deal with Mercury Records, but had to deal with an even bigger change, as Steve Van Zandt dropped out as the guitarist, songwriter, and producer for the Asbury Jukes; his role in Bruce Springsteen's E Street Band had become too time consuming. Guitarist Billy Rush became their main songwriter and band leader, and Southside and company cut two studio albums for Mercury, 1979's soulful The Jukes and 1980's harder edged Love Is a Sacrifice. The albums appealed to the Jukes' fan base and "I'm So Anxious" from The Jukes became a minor hit, but they didn't expand their audience, and after cutting an excellent live album, 1981's Reach Up and Touch the Sky, Mercury and Southside Johnny parted ways. For 1983's Trash It Up!, the group shortened their name to Southside Johnny the Jukes, moved to the Atlantic-distributed Mirage label, and teamed with producer Nile Rodgers to create a sleeker, more dance-oriented sound. While a video of the title tune earned some scattered MTV airplay, the album wasn't a hit, and they returned to something closer to their signature sound on 1984's In the Heat. In 1995, Southside Johnny recorded the title song for a low-budget movie called Tuff Turf, and the tune was issued as a 12" single by Rhino Records, becoming his first solo release. After 1986's At Least We Got Shoes, Mirage cut ties with Southside, and he put the band on hiatus, cutting a solo album, 1988's Slow Dance, that leaned in the direction of adult contemporary music, dominated by love songs and ballads.

A pair of movies put Southside Johnny back in the public eye in 1990 -- his version of "Please Come Home for Christmas" appeared in the hit Home Alone, and he recorded a pair of tunes for Captain America, "Memories of You" and "Written in the Wind." The following year, Southside Johnny revived the Asbury Jukes for the album Better Days, a set in the group's classic style that was produced by Steve Van Zandt and included appearances from Bruce Springsteen and Jon Bon Jovi, the latter a longtime Southside Johnny fan. The album received great reviews, but while Southside and the band were touring in support, Impact Records, the label that released it, went bankrupt, which left the record dead in the water. Understandably frustrated with the business, Southside briefly dropped out of music and relocated to Tennessee, but in 1996, he staged a low-key tour of Europe, where he discovered he still had an audience, and a four-night stand at the Chesterfield Cafe in Paris became the basis of a live album, Spittin' Fire. This led to Southside Johnny reviving the Jukes as a live act, playing occasional shows in the United States and touring Europe and the U.K. every year.

Eager to record again but not excited about signing another record deal, Southside Johnny devised a new strategy and formed his own label, Leroy Records, to release his music when and how he wanted, and giving him full creative freedom. Leroy was launched with 2000's Messin' with the Blues, which featured the latest edition of the Asbury Jukes. Going to Jukesville followed in 2002, and the tough, eclectic Into the Harbour was issued in 2006. In 2008, the British label Secret Records released a live album recorded during dates with the Asbury Jukes in the U.K., From Southside to Tyneside, while that same year, Southside released an ambitious solo album, Grapefruit Moon: The Songs of Tom Waits, in which he interpreted 12 songs from the gravel-voiced singer and songwriter while backed by a big band led by Richie La Bamba Rosenberg, a longtime fixture in the Jukes' horn section. 2008 also saw Southside the Jukes celebrate the 30th anniversary of the release of Hearts of Stone with a series of shows at Asbury Park's Stone Pony, one of which was recorded and released by Leroy in 2009 as Hearts of Stone Live. Another studio effort with the Jukes, 2010's Pills and Ammo, confirmed that Southside and his colleagues were still working in top form, and he dug into his '70s soul and R&B influences for 2015's Soultime. Southside Johnny paid homage to one of his earliest influences on his 2017 solo effort, Detour Ahead: The Music of Billie Holiday, in which he went into the studio with a jazz ensemble and cut nuanced but passionate takes on 11 of Lady Day's most memorable songs. ~ Mark Deming, Rovi 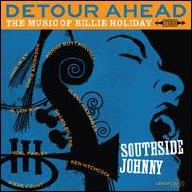 Detour Ahead the Music of Billie Holiday
2018 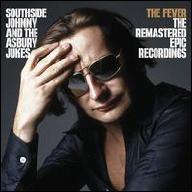 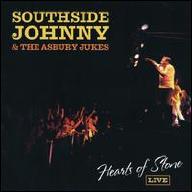 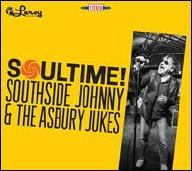 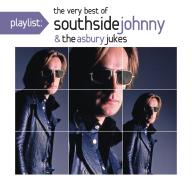 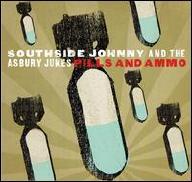 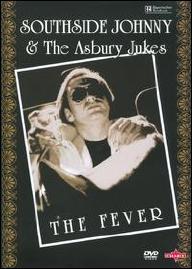 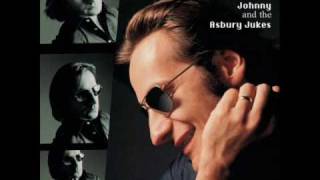 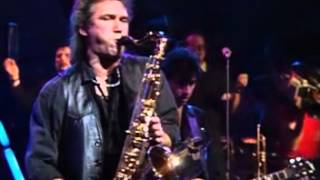 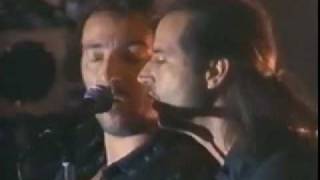 its been a long time - southside johnny & bruce springsteen 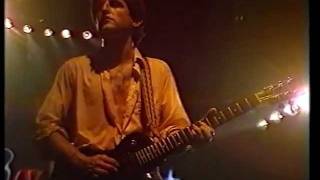 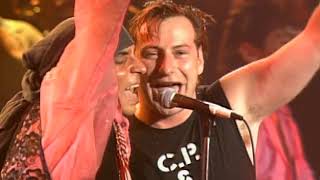 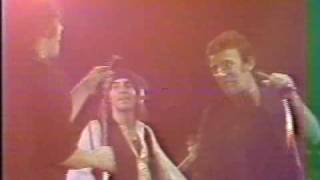 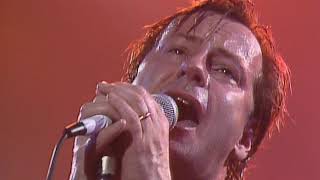