Close
The Mekons
from Leeds, England
formed January 1, 1976 (age 45)
Biography
Lester Bangs once wrote, "The Mekons are the most revolutionary group in the history of rock 'n' roll," and although he wrote it tongue in cheek, that doesn't mean he was wrong. Thoroughly uncompromising, creatively restless, at once witty and profoundly cynical, and seemingly incapable of repeating themselves, the Mekons are one of the few bands from the first wave of British punk who not only never turned their back on their guiding ideals, but clung to them with greater tenacity over time. (This helps explain why their audience, while relatively small, is unfailingly loyal.) The Mekons were (and remain) as strongly political as any band short of Crass, but their Marxism came from the perspective of the guy at the bar, not unintelligent but rarely academic. Since 1977, the Mekons have followed a musical path that has taken them through punk ("Never Been in a Riot"), noisy experimentalism (The Quality of Mercy Is Not Strnen), synthesizer-based avant-pop (Devils, Rats, and Piggies: A Special Message from Godzilla), fractured country (Fear and Whiskey), rock & roll (The Mekons Rock 'n' Roll), electronics (Me), and several brands of folk (Natural, Ancient and Modern, and Jura), and for all their sonic shapeshifting, they've always managed to sound like the Mekons, brave contrarians who've gone too far to stop, at every turn.

The Mekons were formed in Leeds, Yorkshire, England in 1976 by a handful of art students at the University of Leeds. The original lineup featured singers Andy Corrigan and Mark Chalkie White, guitarists Tom Greenhalgh and Kevin Lycett, bassist Ros Allen, and drummer Jon Langford. Taking their name from a villainous alien in the U.K. adventure comic Dan Dare, the Mekons' witty and shambolic brand of punk earned them a reputation in Leeds (where another idiosyncratic political band, Gang of Four, was incubating), and they were one of the first bands to sign with the independent Fast Product label. Their debut single, "Never Been in a Riot" b/w "32 Weeks," was released in 1978; the A-side was a sarcastic response to the Clash's "White Riot," while the flip got its title from the amount of time one could stay on unemployment. A second single for Fast, "Where Were You" b/w "I'll Have to Dance Then (On My Own)," appeared later the same year, and as the Mekons began receiving more press attention, they were approached by Virgin Records, which signed the group to a recording deal. The Mekons' first full-length album, The Quality of Mercy Is Not Strnen, was released in 1979, and traded the shambolic punk of their earliest sides for a more brittle and experimental sound. After the album was released, Ros Allen left the Mekons and would later form Delta 5. After the release of a double-7" set, Teeth, that saw the band adding fiddles and electronics to their attack, the Mekons parted ways with Virgin, and struck a deal with the independent Red Rhino label. Their second album, Devils, Rats, and Piggies: A Special Message from Godzilla, was also known simply as Mekons, and found them further pursuing the experimental sounds of Teeth. It was the last album featuring Andy Corrigan, and the band's initial lineup split after a gig in New York City on New Year's Eve 1980/81. Fittingly, the Mekons's next full-length, 1982's The Mekons Story (aka It Falleth Like Gentle Rain from Heaven: The Mekons Story) was a purposefully ragged collection of live tracks, studio outtakes, demos, and other odds and ends that served as a tongue in cheek history of their first five years. Following the release of the 1983 EP The English Dancing Master, a challenging fusion of dance rhythms, dub-wise sound sculpting, and traditional British folk, the band took time off from recording to regroup.

When the Mekons returned in 1985 with the album Fear and Whiskey, they were a very different band. Tom Greenhalgh and Jon Langford were the only holdovers from the original group, with the latter moving from drums to guitar and vocals. Dick Taylor, one of the founders of the Pretty Things and an early member of the Rolling Stones, was on lead guitar, while Lu Edmonds (who had worked with Public Image Ltd.) was on bass, Steve Goulding (of the Rumour) handled drums, and Suzie Honeyman played violin. The band's new sound was scrappy rock & roll with a pronounced country influence, and the lyrics were full of boozy contemplation along with the tribulations of daily life. The 1986 album The Edge of the World (which, like Fear and Whiskey, was released on the band's own Sin Records label) followed in similar fashion, and added Sally Timms on vocals and Rico Bell on accordion to the mix. This core of musicians would dominate the Mekons' recordings and performances from this point on, and these albums earned enthusiastic reviews from critics in the U.K. and North America, as well as winning them a new audience among underground rock fans with a taste for roots music. As the group's profile grew, they struck a deal with the U.S. independent label Twin/Tone, and 1987's The Mekons Honky Tonkin', became their first album to be released in America. (Later the same year, the cassette-only ROIR label issued a collection of recordings from a U.S. tour under the title New York.) In 1988, the group added reggae and world music flavors to their blend for the album So Good It Hurts. As Twin/Tone struck a deal with AM Records to distribute some of their better-known artists, the Mekons found themselves hitched to a major label for 1989's The Mekons Rock 'n' Roll, which dialed up the guitars while retaining the fiddle and accordion. It was one of their most accessible albums to date, and received a smidgen of MTV play for the tracks "Memphis, Egypt" and "Empire of the Senseless." Dick Taylor would leave the Mekons after its release.

Of course, a group of committed iconoclasts was only going to get along with a major label for so long. AM had already altered the cover art and song sequence for Rock 'n' Roll, and when the label proposed the Mekons next make an EP rather than another full-length album, the band responded with 1990's F.U.N. '90, in which they mixed a dour version of their now-trademark sound with ghostly vocal samples and electronic rhythms. The EP puzzled AM, and the label passed on their next album, 1991's excellent The Curse of the Mekons, before dropping them from their roster. (The Curse of the Mekons would receive a belated U.S. release in 2001 as a two-fer reissue with F.U.N. '90.) The Mekons found a new patron in fledgling alternative label Loud Music which, curiously, had a distribution deal with the Latin music branch of WEA Records. In 1992, Loud Music released a single, "Wicked Midnight," that was supposed to be a preview of the next Mekons album, but the label crashed and burned before the LP could surface. Washing their hands of major labels, the Mekons finally found a home at Quarterstick Records, a sister label of the celebrated Chicago indie imprint Touch Go, which finally brought out I Love Mekons in 1993. Retreat from Memphis, an angry and stripped-down set written and largely recorded as the Mekons were struggling to release I Love Mekons, was issued by Quarterstick in 1994, and the label gave the band a supportive platform for the next 17 years, releasing new music and re-releasing much of their back catalog. The move to a Chicago-based label was fitting, as several members of the band, including Langford, Timms, and Goulding, had relocated to the Windy City, while others remained in England. Though Edmonds remained part of the Mekons nucleus, in the '90s Sarah Corina became their primary bassist, while Edmonds stayed on as a multi-instrumentalist.

During their tenure with Quarterstick, the Mekons released a series of conceptually oriented albums, among them 1996's Pussy, King of the Pirates (a randy collaboration with novelist Kathy Acker), 1998's Me (a study of both electronic music and solipsism), 2004's Punk Rock (which found them revisiting songs from their scrappy early days), and 2007's Natural (a contemplative and primarily acoustic set). As the band resided on two continents, Mekons tours became less frequent, and several of the members also busied themselves with side projects (Langford's Waco Brothers and Pine Valley Cosmonauts, Greenhalgh's King Tommy's Velvet Runway), solo efforts (Sally Timms and Rico Bell both released albums of their own), and work with other bands (Lu Edmonds rejoined Public Image Ltd. when they re-formed in 2009). Despite all this, the Mekons stubbornly refused to fall apart, periodically convening to record and perform for their loyal core of admirers. In 2009, financial pressures led Touch Go to stop releasing new material, and for 2011's Ancient and Modern, inspired by various 20th century musical idioms, the Mekons revived their Sin Records label, with Chicago's Bloodshot Records (which had released a number of recordings from Mekons associates) serving as its distributor. Bloodshot would directly release the Mekons' next two albums, 2015's Jura (a collaboration with Robbie Fulks that was written and recorded on a small Scottish island housing a celebrated distillery) and 2017's Existentialism (an experimental project recorded live with audience participation).

As the Mekons were celebrating the 40th anniversary of their first single in 2017, Langford and Greenhalgh staged a reunion of the original lineup under the banner Mekons 77. This edition of the band wrote a batch of original songs and the Mekons 77 released an album, It Is Twice Blessed, in 2018 via their Slow Things imprint. In 2018, during a North American tour, the Mekons booked time in a recording studio near California's Joshua Tree National Park. Inspired by the desert landscapes, the band wrote a batch of new songs instead of recording the material they had initially prepared, and the result appeared on 2019's Deserted, once again released by Sin via Bloodshot. ~ Mark Deming, Rovi 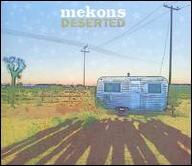 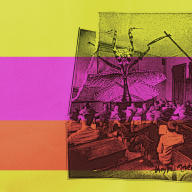 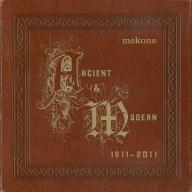 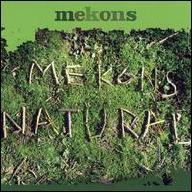 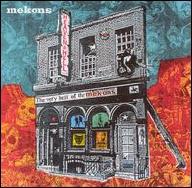 Heaven and Hell: The Very Best of the Mekons
2004 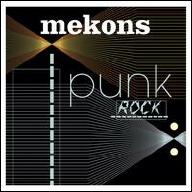 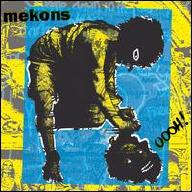 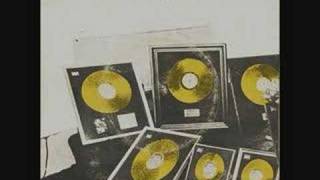 The Mekons - Where Were You? (Single) 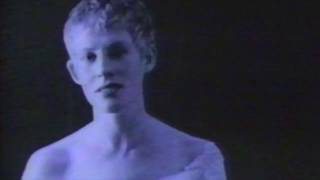 Ghosts of American Astronauts - The Mekons (1988) 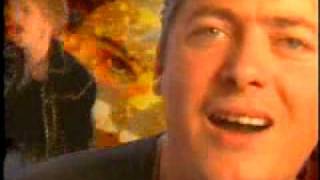 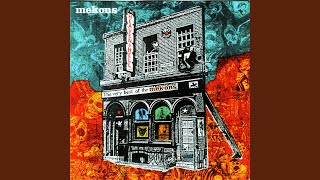 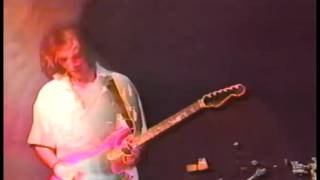 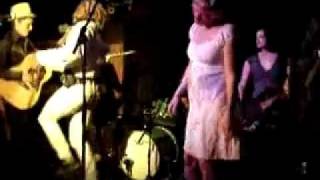 the mekons where were you 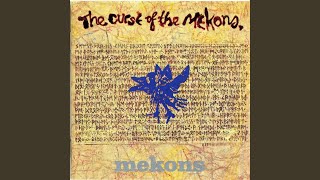