Close
Tegan and Sara
from Calgary, Alberta, Canada
formed January 1, 1995 (age 26)
Biography
Twin sisters Tegan and Sara began making music as teenagers, pairing their close harmonies with insightful lyrics and catchy melodies. Initially making music inspired by folk but with the edge of punk, the duo went from low-budget demos to recording albums for Neil Young's label Vapor Records. With each album they made, starting with 2010's This Business of Art, the sisters expanded their sound to include new wave and indie rock elements. 2004's So Jealous was the first album to feature '80s pop influences and sported their first definitive song "Walking with a Ghost." After a couple more albums that continued in the same vein, and as their position as outspoken defenders of women's and LGBTQ causes grew, they took a sharp left turn in the direction of modern pop. Both 2013's Heartthrob and 2016's Love You to Death adopted the sonic tropes of the genre, while still delivering the duo's usual thoughtful and direct lyrics. Their honesty led them to write a memoir of the tumultuous teenage years; titled High School it was released the same week as an album of re-recorded demos from when they were teens -- titled Hey, I'm Just Like You.

Natives of Calgary, identical twin sisters Tegan and Sara Quin were heavily influenced by their parents' musical interests. Tegan and Sara began playing piano at age eight, and in their teens, they were writing songs and playing in their own punk bands. In 1998, they earned the highest score in history at Calgary's Garage Warz talent competition, then independently released their first effort -- Under Feet Like Ours -- in 1999 as "Sara and Tegan". The record earned them a contract with Neil Young's Vapor Records. This Business of Art, which was produced by singer/songwriter Hawksley Workman, marked their label debut in mid-2000, and a summer tour with Neil Young and the Pretenders followed in July. Two years later, Tegan and Sara released If It Was You, followed in 2004 by their breakthrough album, So Jealous. In 2005, the White Stripes released a popular cover of If It Was You's "Walking with a Ghost." That same year saw the duo touring the U.S. with the Killers and landing seven songs in the popular TV medical drama Grey's Anatomy.

By 2007, the twins had moved far from the singer/songwriter mold and were more interested in exploring pop, punk, and indie rock. That year, they released The Con, which would become one of the most beloved inclusions in their catalog. Produced by Christopher Walla of Death Cab for Cutie, The Con broke into the Top 40 of the Billboard 200 and spawned the singles "Back in Your Head" and "The Con." Based on the success of the Con sessions with Walla, the sisters would utilize his production skills on their next album, 2009's Sainthood. The year 2009 also found the duo collaborating with Tiësto on the song "Feel It in My Bones" for his Kaleidoscope album, and with comedian Margaret Cho on the track "Intervention," from her Cho Dependent release. The former collaboration would be a significant step in a dance-friendly direction that the Quins would soon fully embrace. Before that, they issued the live CD/DVD Get Along, which was paired with three short behind-the-scenes films called States, India, and For the Most Part.

On their seventh studio album, Tegan and Sara turned to producer Greg Kurstin (Lily Allen, Kelly Clarkson, Ke$ha) to make an album that reflected the modern pop sound. The slick yet emotionally powerful Heartthrob was released in early 2013 to almost universal critical acclaim, topping the charts in over a dozen countries and earning three Juno Awards and a Polaris Music Prize nomination. They next appeared singing the upbeat theme song to 2014's Lego Movie, "Everything Is AWESOME!!!" Recorded with the Lonely Island, the tune was certified gold and nominated for an Academy Award. Their next album, 2016's Love You to Death, was again produced by Kurstin and found the sisters delving even deeper into radio pop.

In 2017, the Quins celebrated the ten-year anniversary of their landmark album, The Con, with a covers album titled The Con X, which featured newly recorded versions of Con tracks by artists like Sara Bareilles, CHVRCHES, and Hayley Williams of Paramore. They continued looking back on their career and lives as they began work on a memoir that dealt with their teenage years. While working on the book, they found cassettes of early songs that they had demoed but never fully recorded. After some negotiations between the twins, they decided to record new versions of the songs. Working with producer Alex Hope and an all-female crew of musicians and engineers, Tegan and Sara gave the tracks a modern update that combined their early, New Wave-based approach with some of the sleek modern pop of their 2010s albums. Both the book, titled High School, and the album, Hey, I'm Just Like You, were released in September of 2019. ~ MacKenzie Wilson & Neil Z. Yeung, Rovi 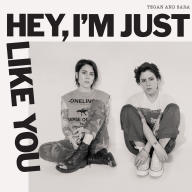 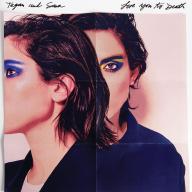 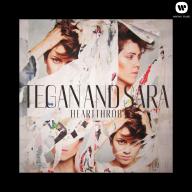 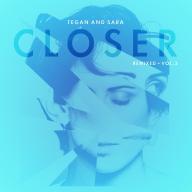 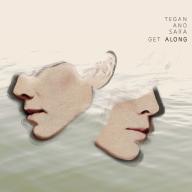 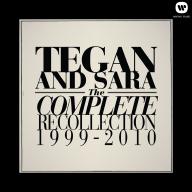 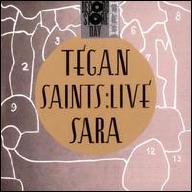 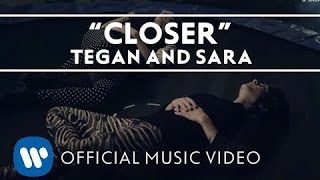 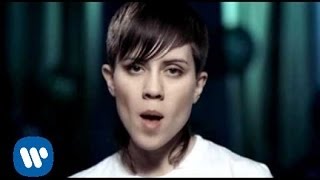 Tegan And Sara - Back In Your Head (Video) 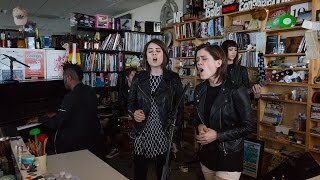 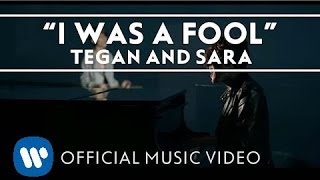 Tegan and Sara - I Was A Fool [OFFICIAL MUSIC VIDEO] 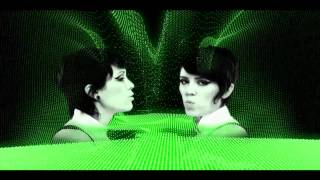 Tiësto feat. Tegan And Sara - Feel It In My Bones 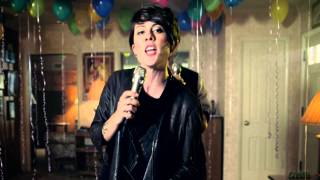 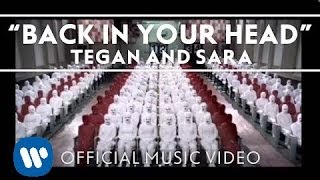 Tegan and Sara - Back In Your Head [Official Music Video]
Available here: