Close
The New Christy Minstrels
from New York, NY
formed January 1, 1961 (age 61)
Biography
To a lot of casual listeners during the early '60s, the New Christy Minstrels were the embodiment of popular folk music. If they're not remembered (or written about) in a very serious way, it's mostly because of their image: ten well-scrubbed, usually smiling young men and women singing upbeat songs about Paul Bunyan or hopping freight trains, or doing optimistic renditions of Woody Guthrie tunes.

The New Christy Minstrels began with Randy Sparks, a singer/guitarist who started out in the late '50s mixing folk and folk-style songs with Broadway material. He was leading his own trio by the start of the new decade, and saw the possibility of putting together an ensemble of ten voices, big enough generate a major sound but retaining the basic texture of a folk trio. He combined his own trio with the Inn Group -- which included a young Jerry Yester -- and added four more members, including Dolan Ellis and also Art Podell, who had been part of the duo Art Paul. The group name came from Christy's Minstrels, a 19th century performing institution founded by Edwin Pearce Christy (1815-1862).

Their debut album, Presenting the New Christy Minstrels: Exciting New Folk Chorus, was released by Columbia Records in 1962. It won a Grammy Award and peaked at number 19 in a two-year run on the Billboard charts. The group also scored a minor hit that same year with Woody Guthrie's This Land Is Your Land. With help from two new managers, George Greif and Sid Garris, the group was booked onto #The Andy Williams Show for the 1962-1963 season. And it was then that the original lineup deconstructed -- fully half the group left, and the first round of replacements arrived, including Barry McGuire and Barry Kane; jazz-pop vocalist Peggy Connelly (soon replaced by Gayle Caldwell); singer/banjo man Larry Ramos; and Clarence Treat on upright bass. This version of the New Christy Minstrels immediately won over critics and audiences alike, beginning with an engagement at the Troubadour in Los Angeles in the summer of 1962.

The new lineup made its recording debut with the concert album In Person. In the spring of 1963, the group recorded an album, Ramblin', which was highlighted by a McGuire/Sparks collaboration called Green, Green. McGuire had originated the song, which was completed with Sparks' help, and the recording was embellished by the presence of a memorable 12-string guitar riff provided by Nick Woods. It was the performance by Barry McGuire on lead vocals, however, that seemed to most capture the public's interest, and Green, Green peaked at number three, the first hit single by the group.

Sparks, Greif, and Garris were earning huge amounts of money. The other Christys were all on salary, however, and while that did rise with the burgeoning concert work, the members realized that they could only earn a fixed amount. Ironically enough, the first member to exit was Randy Sparks himself, who bowed out of performing on-stage with the Christys in May of 1963. His exit precipitated the next break in the ranks, when he chose McGuire as de facto leader on-stage. This decision rankled Ellis, who quit soon after. Gene Clark, later of the Byrds, passed through the group's lineup in 1963-1964. Meanwhile, Jackie Miller and Gayle Caldwell left to form the duo Jackie Gayle, before Caldwell went solo. They were replaced by Karen Gunderson and Ann White, and Clark was succeeded by Paul Potash, Podell's ex-partner in Art Paul.

The group's Live from Ledbetter's album, recorded in 1964, showed a still vital ensemble, even as the folk music world around it was moving in a more confrontational direction under the influence of figures such as Bob Dylan and Phil Ochs. The group carried on successfully, with an extended engagement on the ABC folk music showcase #Hootenanny, which got the Christys their own summer replacement series.

McGuire exited the Christys in early 1965, and that marked the end of the original conception of the group. Garris and Greif now saw the Christys as more of a variety act, doing pop tunes and even comedy. The members who came aboard now included the comic duo of Skiles Henderson, whose skits became part of the act. Nick Woods left in September of 1965, and Larry Ramos quit in January of 1966 to join the Association, and was replaced by Mike Settle. A later round of replacement members included Kenny Rogers, Kim Carnes, and Karen Black. When Settle unsuccessfully tried to move the group back toward a folk sound, he and fellow members Terry Williams and Thelma Lou Camacho, along with Rogers, quit to form the First Edition. Black later emerged as an actress, while Carnes became a major pop/rock star in the '80s.

The group became inactive in 1971, but by 1978 a new version of the Christys was working at resort hotels. In the intervening years, some ex-members retired from music and a few, including Woods and Clark, passed on, but the appeal of the group lingered. Sparks moved to Northern California with his second wife, the former actress Diane Jergens, and wrote plays, ran his song publishing business, and worked with his fellow postwar folkie Burl Ives for a long time as well. He licensed the name from his ex-partners and went out leading a version of the New Christy Minstrels. The Christys' early-'60s image also provided part of the inspiration for some of the humor in the 2003 Christopher Guest movie #A Mighty Wind. Sparks was part of two reunion events involving the surviving classic Christys members, which led to the recording of the album Recycled: What's Old Is New! As of 2010, Sparks was still leading a version of the group, which included Dolan Ellis. ~ Bruce Eder, Rovi 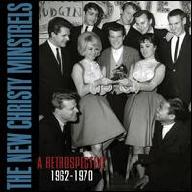 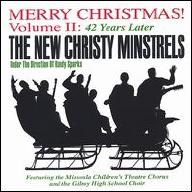 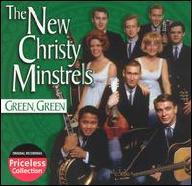 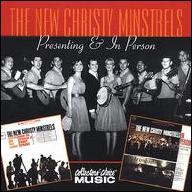 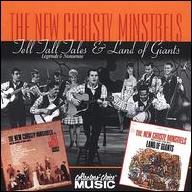 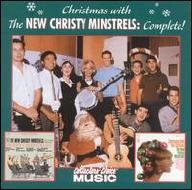 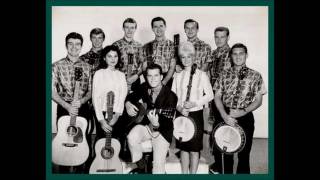 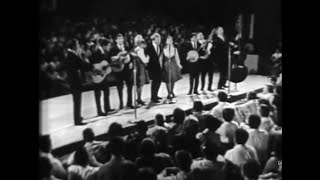 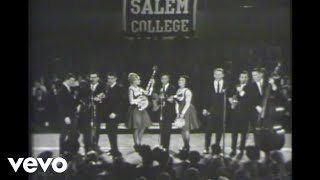 The New Christy Minstrels - This Land Is Your Land (Live) 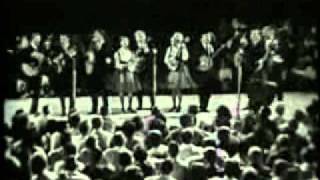 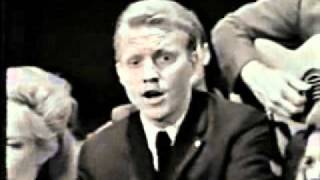 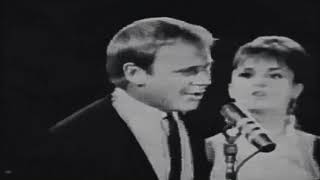