Close
Carl Wilson
from Hawthorne, CA
December 21, 1946 - February 6, 1998 (age 51)
Biography
Carl Wilson recorded and released two solo albums in the early '80s, but he is best known as a founding member of the Beach Boys, with whom he sang and played lead guitar. He largely took over supervision of the band after his oldest brother, Brian Wilson, relinquished leadership of the Beach Boys due to psychological problems in the mid-'60s; at that time, Carl was only in his late teens. He continued to guide the group from the late '60s to his death three decades later, serving as the glue that held together the Beach Boys' often warring factions.

Carl Wilson was the third and youngest son of Murry and Audree Wilson, following his brothers Brian and Dennis Wilson. He showed an early interest in music when he became a fan of country & western fiddler Spade Cooley, whom he saw on television. At age 12, he asked his parents to buy him a guitar, and he briefly took lessons but soon began teaching himself to play rock & roll. (He also studied saxophone in high school.) Brian was a far more advanced musician, however, and in 1961, when Carl was 14, Brian organized a singing group consisting of the three brothers plus their first cousin Mike Love, and Brian's school friend Alan Jardine. The group auditioned for a small record label and recorded Surfin', which reached the national charts in February 1962, leading the band, dubbed the Beach Boys, to land a contract with Capitol Records. Carl became the lead guitarist, Jardine played rhythm guitar, Dennis was the drummer, Love sang, and Brian, who had been primarily a keyboard player, was instructed in the rudiments of the bass guitar by Carl. The Beach Boys went on to massive popular success in the early '60s. Though Brian dominated the band's songwriting early on, Carl had his first composition on a Beach Boys album with Surf Jam, featured on the 1963 LP Surfin' Safari, and thereafter regularly contributed songs. He and Brian were co-credited as songwriters on the 1964 single Dance, Dance, Dance, which became a Top Ten hit.

In early 1965, Brian announced to the group that he would no longer tour, restricting his activities to writing, producing, and performing on their records. Bruce Johnston was hired as his onstage replacement, and Carl took over as the band's musical director on the road. That summer, he was given his first lead vocal on a Beach Boys track, Girl Don't Tell Me on the album Summer Days (And Summer Nights!!!) A far more memorable lead vocal assignment came the following year when he sang the opening track on the Beach Boys' most celebrated album Pet Sounds, God Only Knows, which became a Top 40 hit, and he followed it later in 1966 by singing the verses in the group's chart-topping hit Good Vibrations.

Brian receded further from leadership of the Beach Boys after 1966, and Carl increasingly took over the reins of the band in the studio as well as on the road. He sang lead vocals on several of the group's Top 40 singles of the late '60s, Wild Honey, Darlin', and I Can Hear Music; he also produced I Can Hear Music and co-produced the Top 20 hit Do It Again with Brian. In the early '70s, he produced the bulk of the albums Carl and the Passions - So Tough and Holland. The Beach Boys enjoyed a commercial comeback in the mid-'70s with their chart-topping compilation Endless Summer and in the late '70s, signed a lucrative deal with CBS Records' Caribou label.

But Carl became dissatisfied with the group's musical retrenchment, and he left the band in 1980 to work on his first solo album, Carl Wilson, released on Caribou in March 1981. He put together a backup band and toured during 1981 to support the release, but it was a marginal seller, barely making the charts. He cut a second album, Youngblood, but then decided to return to the Beach Boys in October 1982. (Shortly after, Dennis, who had been fired from the Beach Boys, drowned.) The album was released with little fanfare in April 1983, and though a single, What You Do to Me, reached the charts, the LP did not. Carl threw himself into the next group album, called The Beach Boys and released in the spring of 1985. It produced a Top 40 hit, Getcha Back, and became the highest charted album by the band in nine years. Three years later, the Beach Boys returned to number one with Kokomo, sung by Carl and Love. This comeback hit renewed the band's popular status, and it spent the next decade touring extensively but not making much noise on the recording front. In his free time, Carl began working with Gerry Beckley of America and Robert Lamm of Chicago on an album that they recorded between 1992 and 1997. But just as they finished it, Carl was diagnosed with brain cancer; he died the following year. Like a Brother, credited to Beckley-Lamm-Wilson, was released in 2000.

Carl Wilson's musical talent was subsumed for most of his career within the work of the Beach Boys and necessarily overshadowed by the work of his brother Brian. But it was Carl who held the group together when Brian bailed out and when his brother Dennis died. His influence as a conciliating force was dramatically and negatively illustrated shortly after his death when the Beach Boys, who had managed to keep together for 36 years, splintered and put three competing versions of their music on the road: Love and Johnston, touring as the Beach Boys; Jardine, along with Brian's daughters Wendy and Carnie Wilson, touring as "the Beach Boys Family and Friends" (their appearances stopped by an injunction sought by Love and Johnston); and Brian touring as a solo act playing Beach Boys music. No better evidence could be found that it was Carl Wilson who had been the crucial ingredient in the Beach Boys' long-term success. ~ William Ruhlmann, Rovi 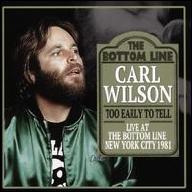 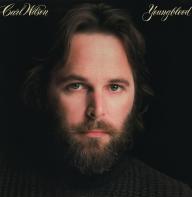 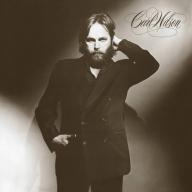 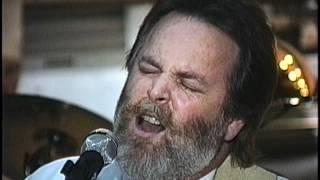 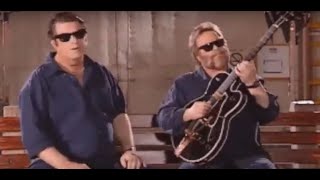 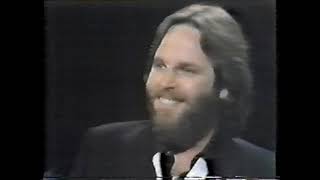 Carl Wilson on The Tomorrow Show with Tom Snyder 1981 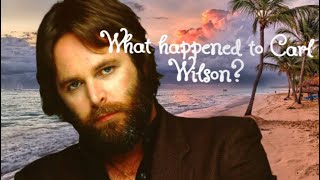 What Happened to Carl Wilson? 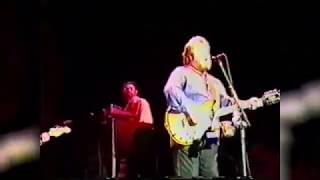 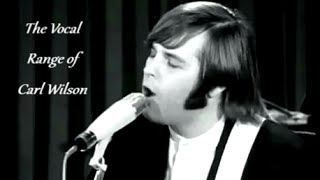 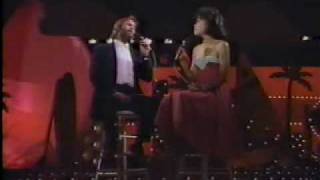